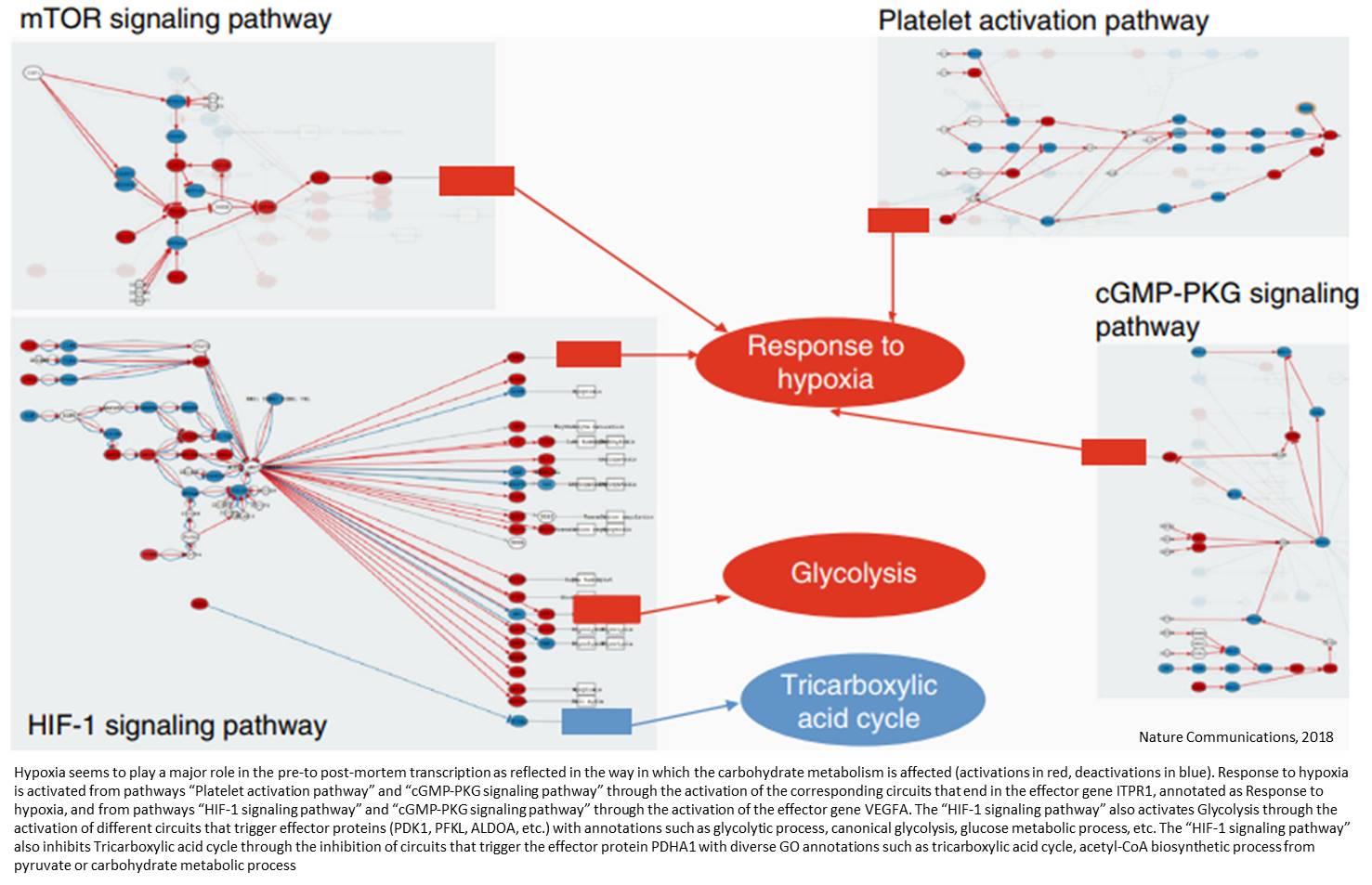 International team of scientists showed that changes in gene expression in different tissues triggered by death can be used to predict the time of death of an individual. As reported in a paper published in Nature Communications, researchers suggest that by analyzing a few readily available tissues (for example lung or skin tissue), the post-mortem interval (time elapsed since death) can be determined with considerable accuracy and may have implications for forensic analyses.

It all started with the GTEx project, which aimed at creating a reference database and tissue bank for scientists to study how genomic variants affect gene activity and disease susceptibility. GTEx was designed to sample as many tissues as possible from a large number of individuals in order to understand the causal effects of genes and variants, and which tissues contribute to predisposition to disease.

"GTEx data allow us to ask questions about genetic variation and its effects on gene expression both in one tissue and across many tissues. Since the samples we are using all come from deceased donors, we need to find out if there were changes in gene expression related to the death or the time of death, so we could better model our predictions of variation between tissues or in disease," explains  lead author of this study.

To understand the tissue-specific changes to gene expression following the death of a person, researchers studied RNA-sequencing data of over 7,000 samples from 36 different tissues obtained from 540 donor within the GTEx project. They show that the time since death has an effect on gene expression and that this effect varies from tissue to tissue. The authors developed models for the prediction of the post-mortem interval based on these tissue-specific gene expression changes using high-throughput sequencing of the cell.

"We found that many genes change expression over relatively short post-mortem intervals, in a largely tissue specific manner. This information helps us to better understand variation and also it allows us to identify the transcriptional events triggered by death in an organism," adds another author.

Researchers have studied the effect of different covariates on biological analysis. The model could be further improved to make it applicable to a forensics scenario and to devise a protocol for the potential implementation in forensic pathology. Probiotics are not always 'good bacteria'