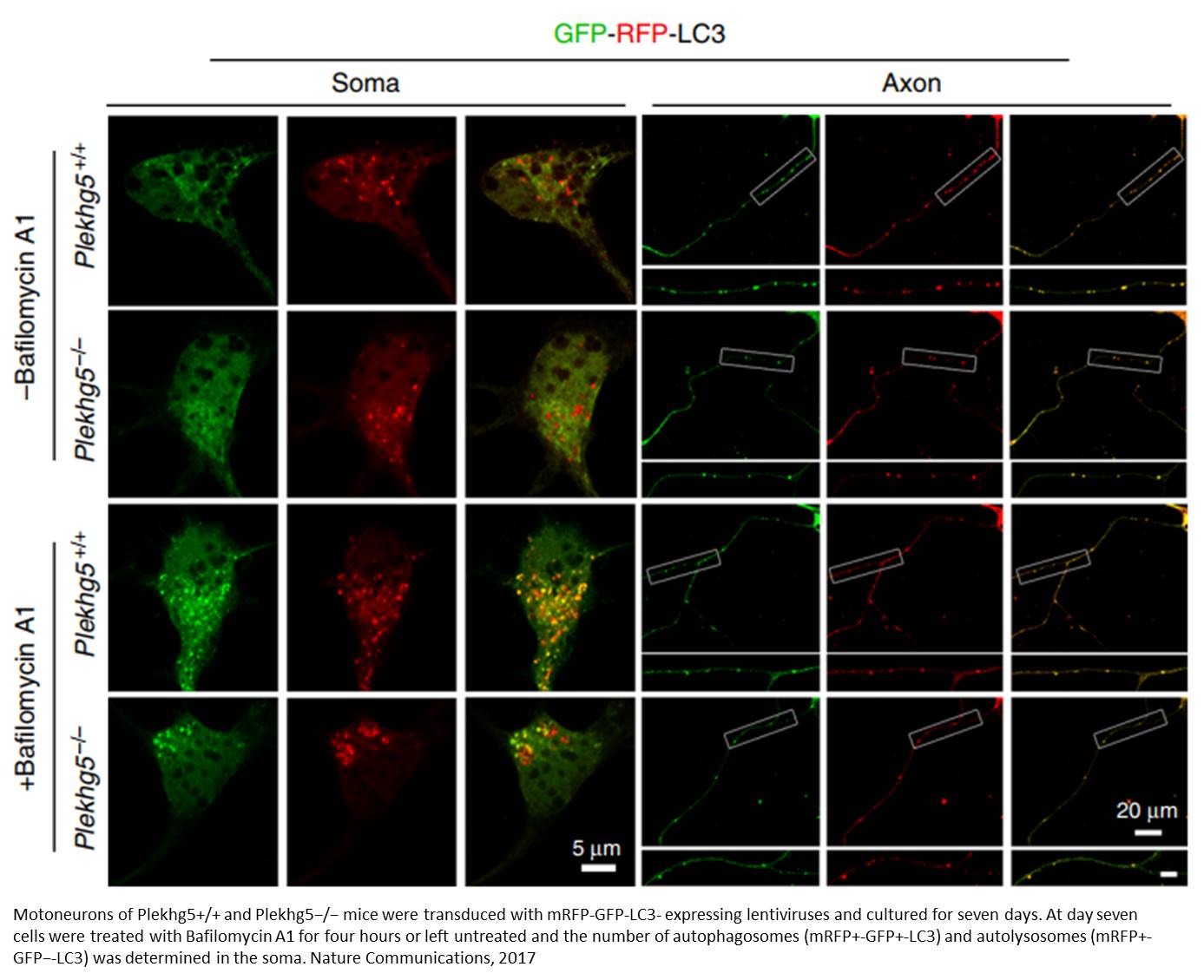 Motor neurons are the nerves that send impulses to the muscles to generate movement. Damage of these neurons can cause very diverse diseases, for example spinal muscular atrophy in children or adult amyotrophic lateral sclerosis.

Both disorders are characterized by muscle atrophy, palsy and ultimately by functional loss of muscles. The respiratory muscles are affected, too. The diseases are presently incurable; but their progress can be slowed down with drugs.

"So far, the development of new drugs has focused on preventing cell death mechanisms and on breaking down the protein aggregates in the affected nerve cells," said the senior author.

But now the team has identified another potential target for future drugs: It is the complex process of autophagy, as the researchers report in the journal Nature Communications. This process makes sure that the impulse transmission between motor neurons and muscles works permanently in normal function.

The PLEKHG5 gene was the starting point for the new insight. Mutations in this gene are known to trigger various forms of motor neuron disorders. The scientists have now found out that this gene is crucial for autophagy: It controls the degradation of the synaptic vesicles that contain the neurotransmitter acetylcholine and transport the excitation from the nerve to the muscles.

When deactivating the PLEKHG5 gene at single motor neurons in a cell culture, autophagy is reduced causing the synaptic vehicles to agglomerate. And in mice disabling this gene triggers a motor neuron disorder which also entails massive vesicle aggregation.

"The findings deliver substantial evidence that dysfunctional autophagy plays a central role in the development of motor neuron diseases," senior author says. This new finding will have to lead to a rethinking of the development of new drugs with a need for substances that prevent or reduce vesicle aggregation.