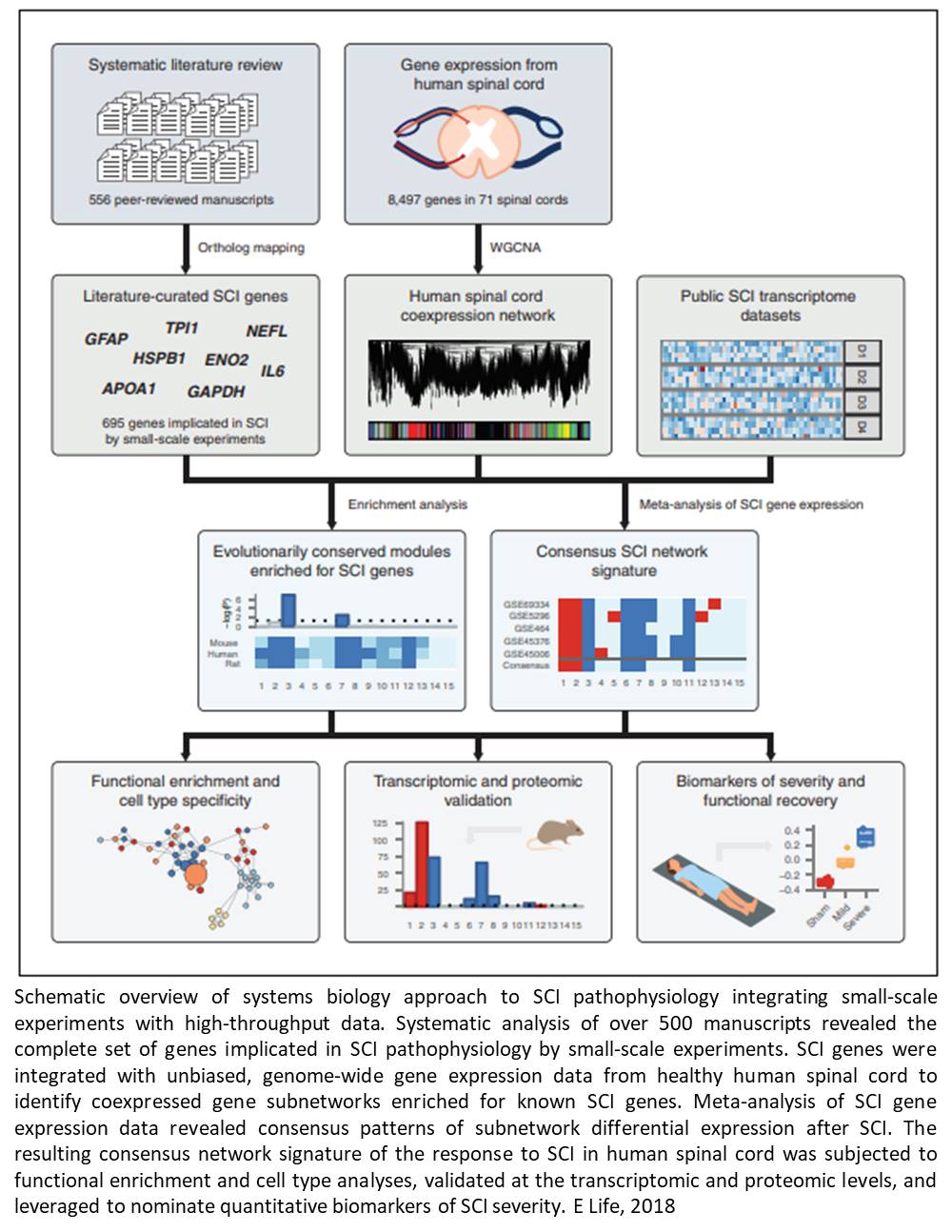 Scientists have determined a gene signature that is linked to the severity of spinal cord injury in animals and humans, according to a study in the journal eLife.

The discovery of key genes that are switched on or off in response to spinal cord injury could inform the development of biomarkers that predict recovery and possibly pinpoint new targets for treatment.

At the moment, there are no widely available treatments capable of immediately restoring motor and sensory function after injury. A major barrier is the lack of understanding of the complex cascade of biological processes that occur when a spinal cord injury happens.

"Our understanding of the pathophysiological processes triggered by spinal cord injury is fragmentary," explains senior author. "We set out to integrate the data from decades of small-scale studies using a systems biology approach."

The team first reviewed past experiments to find genes associated with the response to spinal cord injury, searching through more than 500 studies. They found 695 unique human genes that had been linked with the response to spinal cord injury and, of these, 151 were linked in more than one study. Further analysis showed that the genes are biologically and functionally related, coding for groups of protein molecules that physically interact with one another.

To find if these genes truly reflect functional changes after spinal cord injury, the team constructed a network of genes from healthy human spinal cords and integrated this data with those determined from the experimental studies. They found that two groups of genes (M3 and M7) included a high number of the genes that had been previously pinpointed in experiments as important in the response to spinal cord injury.

Of all the gene groups studied, M3 genes were most strongly linked to injury severity in both mice and rats, which suggests that these genes could make an ideal biomarker for predicting injury severity. Indeed, one of the genes in this group, annexin A1, previously associated with spinal cord injury, was able to perfectly differentiate between moderately and severely injured rats when used as a biomarker.

"We have developed an integrated, systems-level approach to understand the mechanisms of spinal cord injury," concludes lead author. "We have identified gene signatures that predict injury severity and, if reversed therapeutically, could potentially increase functional recovery."