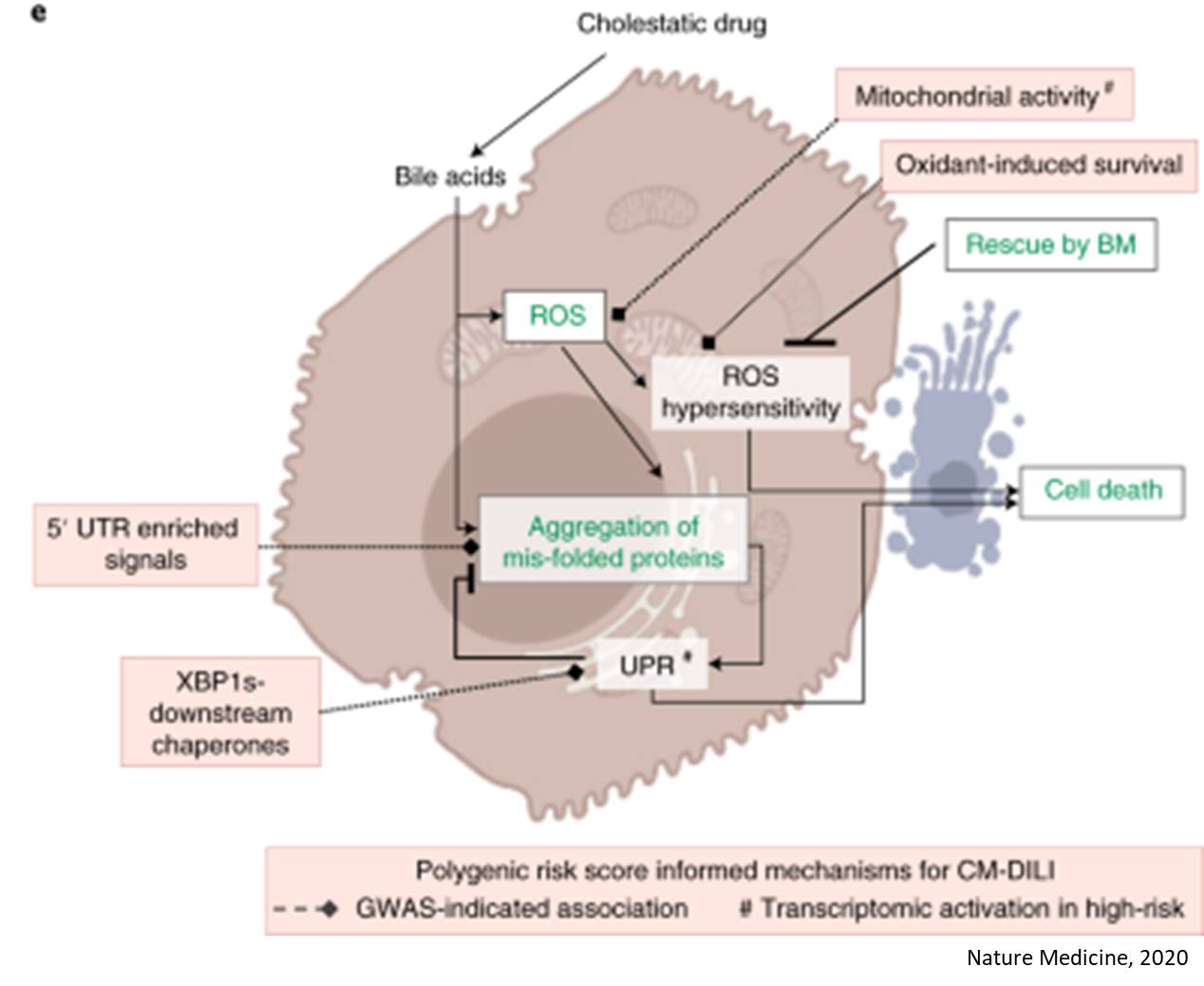 Scientists who were working on a way to determine the viability of batches of tiny liver organoids have discovered a testing method that may have far broader implications.

Their study published in Nature Medicine, reports identifying a "polygenic risk score" that shows when a drug, be it an approved medication or an experimental one, poses a risk of drug-induced liver injury (DILI). The findings take a large step toward solving a problem that has frustrated drug developers for years.

"Our genetic score will potentially benefit people directly as a consumer diagnostic-like application, such as 23andMe and others. People could take the genetic test and know their risk of developing DILI," says corresponding author  who has been studying ways to grow liver "buds" for large-scale use in research.

The team developed the risk score by re-analyzing hundreds of genome-wide association studies (GWAS) that had identified a long list of gene variants that might indicate a likelihood of a poor reaction in the liver to various compounds. By combining the data and applying several mathematical weighting methods, the team found a formula that appears to work.

For clinicians, this would allow them to run a quick genetic test to identify patients at higher risk of liver injury before prescribing medications. The results might prompt a doctor to change the dosage, order more frequent follow-up tests to catch early signs of liver damage, or switch medications entirely.

For drug research, the test could help exclude people of high risk of liver injury from a clinical trial so that the benefits of a medication can be more accurately assessed.

Liver toxicity has caused a number of drug failures over the years. Takebe says both patients and the drug maker were disappointed when a potential diabetes treatment called fasigliam was withdrawn in 2014 during phase 3 clinical trials. Some of the participants (at a rate equivalent to about 1 in 10,000) experienced elevated enzyme levels that suggested potential liver injury.

While such risks may appear low, at the time there was no way to predict which people would develop DILI, making the drug unacceptably dangerous. But the new polygenic risk score would make it possible to produce liver organoids that exhibit key risk variants to determine if a drug is harmful before people ever take it.