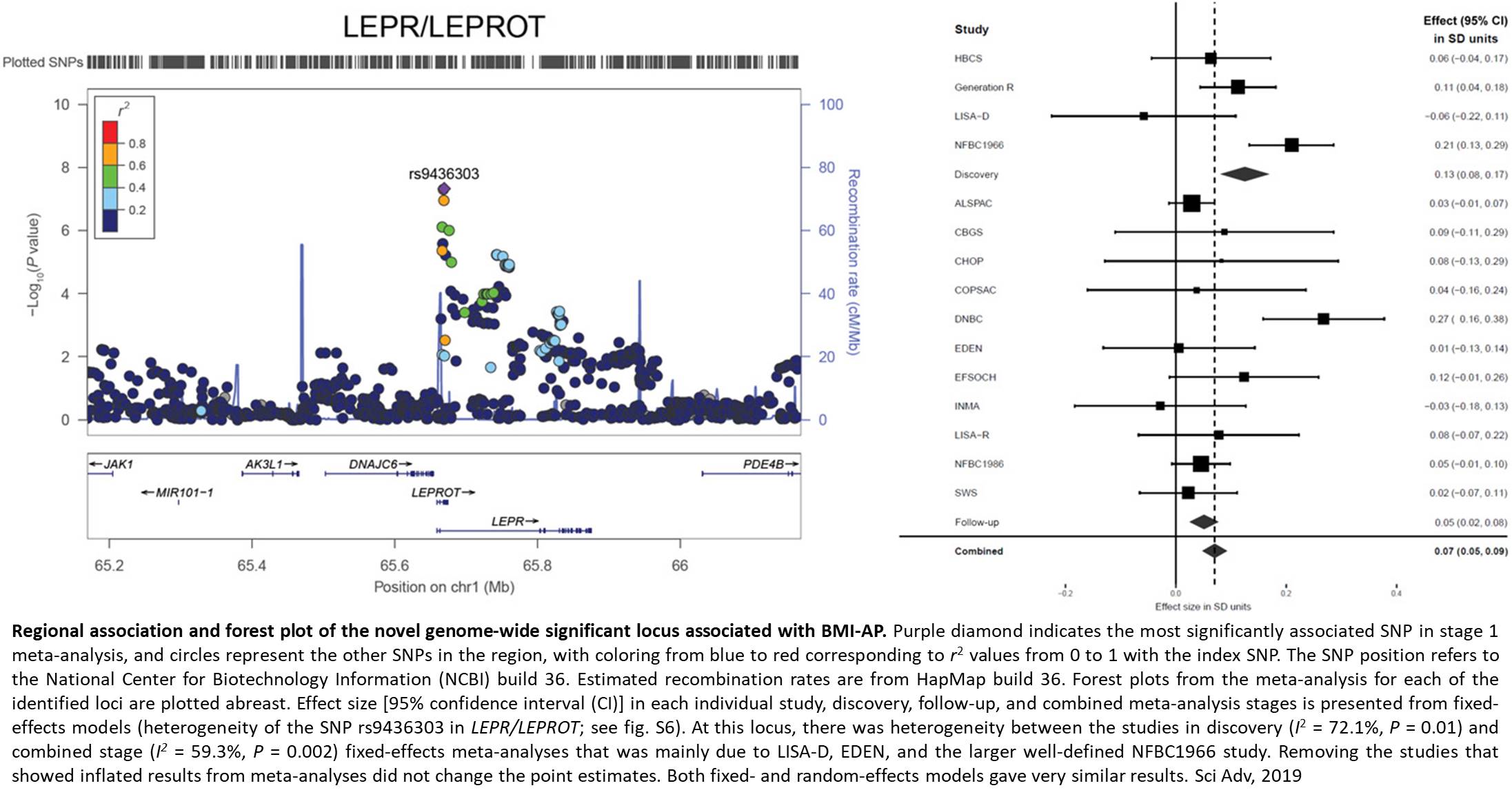 Body mass index (BMI) in infants, children and adults is influenced by different genetic factors that change as we age, according to a major new study.

An international consortium of researchers, discovered that BMI in babies is influenced by a distinct set of genetic variants that play little role in determining weight in later life.

They found, however, that some genetic variants associated with adult BMI start playing a role during childhood from around the age of 4-7 years old - suggesting that the origins of obesity in adults may lie in this critical stage of childhood.

The study, published in Science Advances, raises hopes that it may be possible to intervene at this early age to help to prevent unhealthy weight trajectories in later life.

"Our study shows that nearly 100 genetic variants which increase a person's risk of obesity in adulthood seem to start taking effect at an important stage of childhood development, from the age of around four," said senior author.

"Environmental factors like the food we eat and our lifestyle have more and more impact on obesity development as we age. These external factors seem to unmask gradually the genetic contributors to obesity that we have from early life, programming development towards an unhealthy direction.

"We have shown that the origins of adult obesity lie in early childhood, and that there are clear windows across the life course which should be better considered in obesity prevention."

The research was conducted as part of the Early Growth Genetics Consortium, which combines data from multiple genome-wide association studies to identify genetic variants implicated in human development.

In total, they analysed measures such as BMI and growth rates from 2 weeks to 13 years of age of more than 22,000 children and compared these to variations in their genetic make-up. This enabled the researchers to identify common genetic variants associated with the peaks and troughs in BMI and their timings in childhood.

BMI (an indicator of body fat) does not follow a linear path through a person's life, but instead has three distinct periods of change. After birth, BMI rises rapidly until the age of nine months, where it peaks before declining again until the age of 5-6 years old, known as 'adiposity rebound point'. BMI then steadily increases until early adulthood.

Previous studies have suggested that adiposity rebound is a key period for determining obesity in later life and the results from the new research now help to explain those findings.

The researchers also discovered a new genetic variant that has an effect on infant BMI, a variation in a region of the genome containing the genes LEPR and LEPROT. In adults this genetic region is involved in controlling the activity levels of a hormone called leptin which is produced by fat cells to reduce appetite. Evidence also suggests that in early life it plays a role in brain development.

This new variant unveiled in the study, does not appear to be associated with adult weight regulation, so its effects may be limited to infancy.

"It suggests there are distinct biological processes driving BMI in infancy compared to later in childhood and into adulthood," said the senior author. "We would like to further explore this variation in genetic makeup in infancy to better understand its role in development.

"If we can explain what is happening in early life, then we can start to understand why some people become obese and some people don't even though they are eating the same amount of calories. This may allow us to tackle the risk factors that are leading to the obesity epidemic."