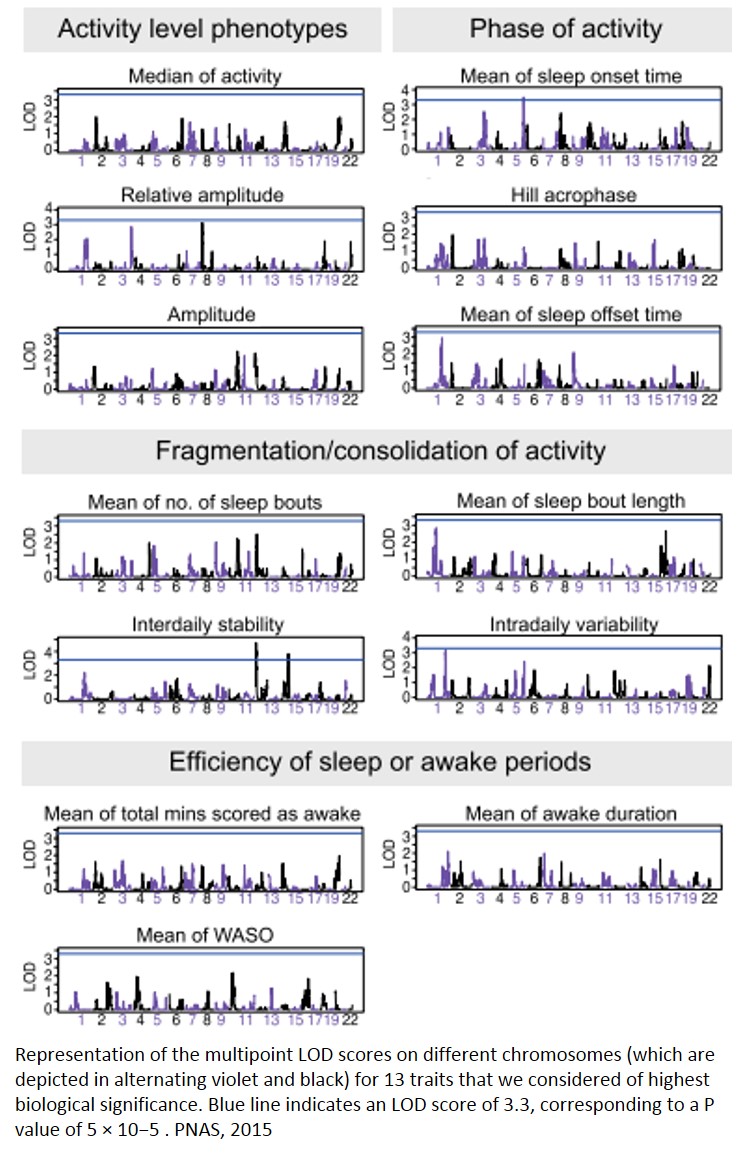 '
Researchers have identified a dozen inherited traits related to sleep, wake, and activity cycles that are associated with severe bipolar disorder.

Researchers also were able to tie the traits to specific chromosomes, providing important clues to the genetic nature of the disorder.

Bipolar disorder, or manic-depressive illness, causes dramatic mood shifts - often called episodes - in which the person is overly excited, extremely sad or depressed, or a mixed state of both, including irritable or explosive behavior, according to the National Institute of Mental Health, part of the National Institutes of Health.

Causes of bipolar disorder (BP) are thought to be both genetic and environmental, and researchers have long suspected that disruption in normal daily circadian rhythms, including sleep and wake cycles, can precede mood shifts.

Researchers here found that those with bipolar disorder awoke later and slept longer, on average were awake fewer minutes overall, and were active for shorter periods than those without the disorder. Researchers also found that those with bipolar disorder displayed lower activity levels while awake and had greater variations in sleep and wake cycles. The findings are reported in the journal Proceedings of the National Academy of Sciences.

The study, involving more than 500 members of 26 families from Costa Rica and Colombia, identified because they each include many individuals with severe bipolar disorder, is the first large-scale delineation of sleep and activity traits in BP-affected individuals and their relatives and the first genetic investigation of such a comprehensive set of sleep and circadian measures in any human study.