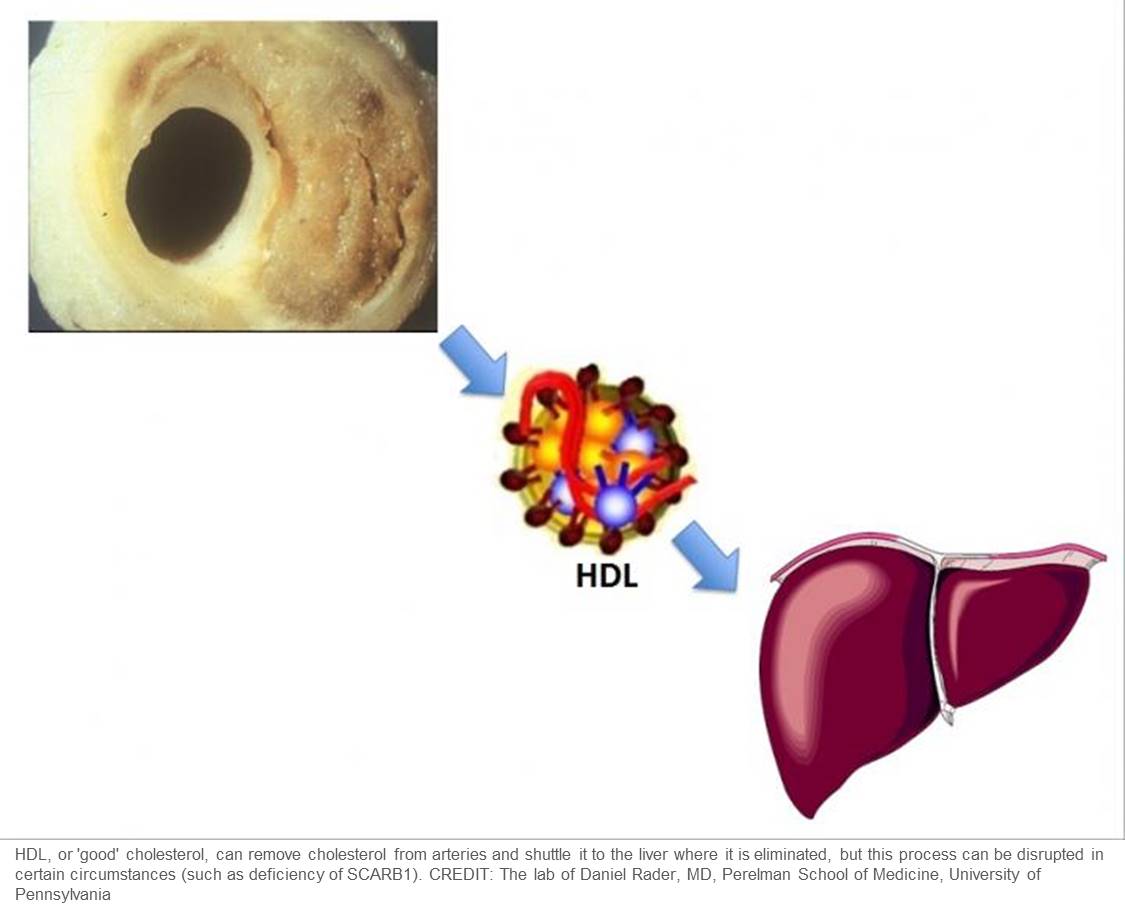 The generally accepted medical maxim that elevated HDL cholesterol (HDL-C) is "good" has been overturned by the researcher who published their work in the journal Science.

They show that a certain genetic cause of increased HDL-C may actually be "bad," noting that a specific mutation in a gene which encodes a cell receptor protein that binds to HDL prevents the receptor from functioning. The mutation causes an increased risk of coronary heart disease even in the presence of elevated levels of HDL-C or "good" cholesterol.

Previous research raised the possibility that HDL might not be quite as protective against heart disease as generally believed by cardiologists, especially after several clinical trials of HDL-raising drugs showed little or no effect.

The team sequenced the lipid-modifying regions of the genomes of 328 people with markedly elevated HDL (along with a control group with lower HDL) to identify genetic causes of high HDL. One of the genes they focused on was SCARB1, which encodes for Scavenger Receptor B1 (SR-B1), the major receptor for HDL on cell surfaces.

In the course of this sequencing, they identified, for the first time, a person without any SCARB1 function, typified by an extremely high HDL-C level of about 150 mg/dL, whereas the normal level is about 50 mg/dL. The subject had two copies of a SCARB1 mutation called P376L, which the team showed caused a breakdown in HDL receptor function.

Among the many approaches they took, the researchers generated induced pluripotent stem cells (iPSCs) from the SCARB1-deficient person, used them to create liver cells, and showed these new cells had profound reduction in their ability to take up HDL.

Going back to the other sequenced genomes, the researchers were then able to show that persons who carry only one copy of the SCARB1 P376L mutation have significantly higher HDL-C levels. From this, the team had a hunch, based on their knowledge of SCARB1 function and previous studies in mice, that having the SCARB1 P376L mutation, despite raising HDL, might paradoxically increase the risk of heart disease.

Researchers plan to characterize and test other SCARB1 mutations for their relationship to HDL levels and heart disease. Other genes may also have similar effects. "Eventually we may want to perform genetic testing in persons with high HDL to make sure they don't have mutations--like this one--that raise HDL but don't protect against, or may even increase, risk for heart disease," author said. Since the P376L mutation in SCARB1 appears to be specific to people of Ashkenazi Jewish descent, testing in this ethnic group might be particularly important.

Author suggests that a therapeutic approach to increase the expression or activity of SCARB1 could be a new way to reduce the risk of heart disease even though it would reduce HDL blood levels.