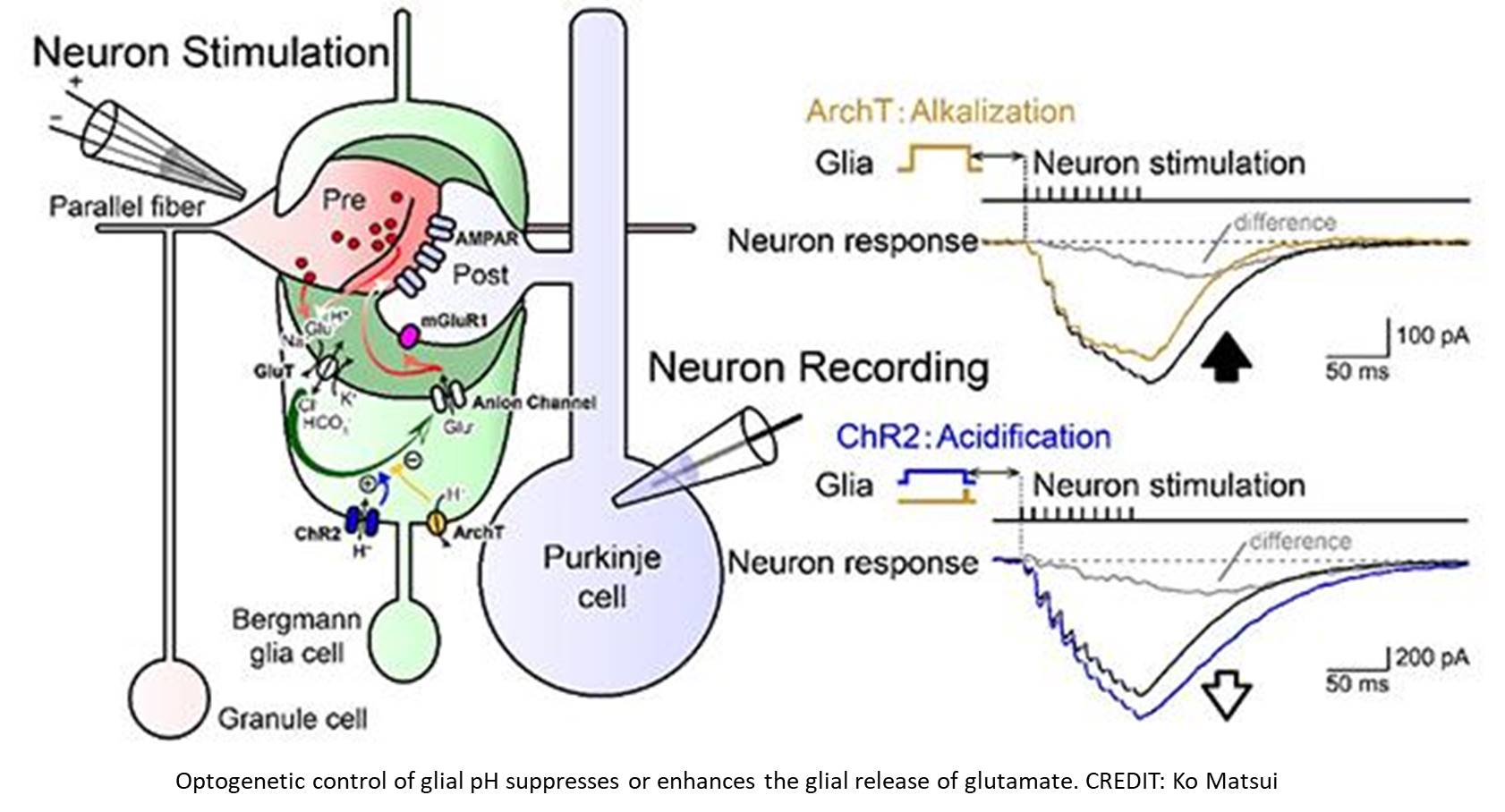 The scientists have shown that neuronal and glial circuits form a loosely coupled super-network within the brain. Activation of the metabotropic glutamate receptors in neurons was shown to be largely influenced by the state of the glial cells. Therefore, artificial control of the glial state could potentially be used to enhance the memory function of the brain.

The findings were detailed in the Journal of Physiology.

Although the glial cells occupy more than half of the brain, they were thought to act as glue--merely filling the gap between neurons. However, recent findings show that the concentration of intracellular ions in glia, such as calcium and proton, can fluctuate over time.

"Glial cells appear to have the capacity of coding information," says the senior author. "However, the role of the added layer of signals encoded in the glial circuit has always been an enigma."

The additional glutamate released from glial cells efficiently activate metabotropic glutamate receptors on Purkinje neurons--essential for cerebellar motor learning. The amount of feedforward excitation was controlled by the intracellular pH of the glia cells.

"Depending on the state of our mind, the same experience could become a lasting memory or could fade away," says the author. "It is possible that the pH of the glial cells at the time of the experience could have a pivotal role on memory formation."

In this study, light-sensitive proteins were genetically expressed in glial cells to control their pH at will. Such optogenetics technology would be difficult to apply in human patients. "Although it would take a long time for clinical use, it is possible to imagine a future where a therapeutic strategy is designed to target glial cells to control their pH for memory enhancement to treat dementia," added the author.