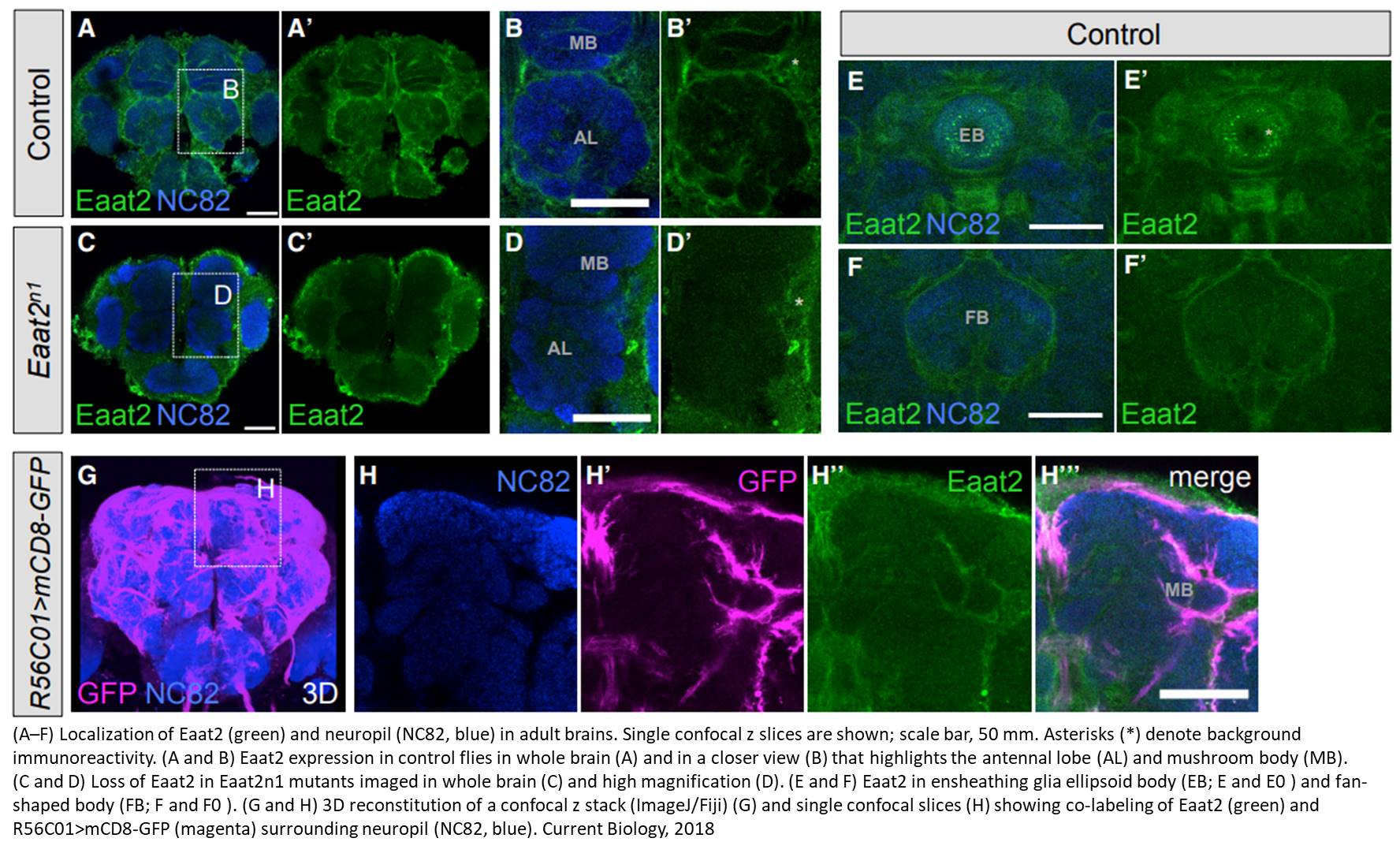 Sleep is an essential behavioral state in animals ranging from invertebrates to humans. It is critical for immune function, stable metabolism, brain repair, learning and memory. Over the course of a lifetime, more than 30 percent of people will experience a sleep disorder, which is associated with a number of diseases including Alzheimer's, type 2 diabetes, and cardiovascular disease.

There is growing evidence that glial cells (or glia), long thought to simply "support" neurons within the brain, are actually quite important for diverse aspects of sleep regulation. Thanks to Drosophila melanogaster (more affectionately known as the fruit fly), research teams have discovered a new mechanism regulating sleep that involves glia and their ability to manage a common ingredient found in many energy drinks like Red Bull™.

Fruit flies share 75 percent of the genes that cause diseases in humans and display all of the behavioral and physiological characteristics of sleep. For the study, published in the journal Current Biology, the researchers sought to identify new genes affecting sleep and wakefulness in fruit flies. With this approach, they uncovered a gene that encodes the membrane transport protein known as excitatory amino acid transporter 2 or Eaat2.

They found that Eaat2 promotes wakefulness in fruit flies by limiting the length and intensity of sleep periods. They also discovered that it does this by controlling the movement of taurine - the ingredient found in many energy drinks - into glial cells of the fly brain. In humans, taurine is consistently elevated in blood and urine of sleep-deprived people, but it is unknown if taurine levels also change in the brain after sleep deprivation.

Like humans, fruit flies are highly active during the day and sleep throughout the night. The authors found that disruption of Eaat2 in fruit flies caused excess daytime sleepiness.

"Daytime sleep is more fragmented than nighttime sleep, and disrupting Eaat2 function led to daytime sleep that mimics sleep typically observed only during the night," said a lead author on the study.

To determine the role of Eaat2 in metabolic regulation, the researchers simultaneously measured sleep and CO? output from single flies.

"We think the identification of Eaat2 as a modulator of sleep will be important for researchers who study sleep regulation, sleep-dependent changes in metabolism, and perhaps physicians treating patients with sleep disorders," said the senior author. "It suggests sleep researchers need to look beyond the role of neurons to examine how glial cells control our sleep-wake regulation."

The team found that Eaat2 works in specific glial cells of the fly brain, rather than in neurons.

Eaat2 was previously shown to transport taurine. So to test if taurine might explain how Eaat2 affects sleep, the authors fed taurine to some flies and found they slept more during the daytime than the control flies, but only if Eaat2 was present. In vitro, Eaat2 is a transporter of taurine, which promotes sleep when fed to flies. Authors find that the acute effect of taurine on sleep is abolished in Eaat2 mutant flies. These results reveal a wake-promoting role for Eaat2 in ensheathing glia through a taurine-dependent mechanism.