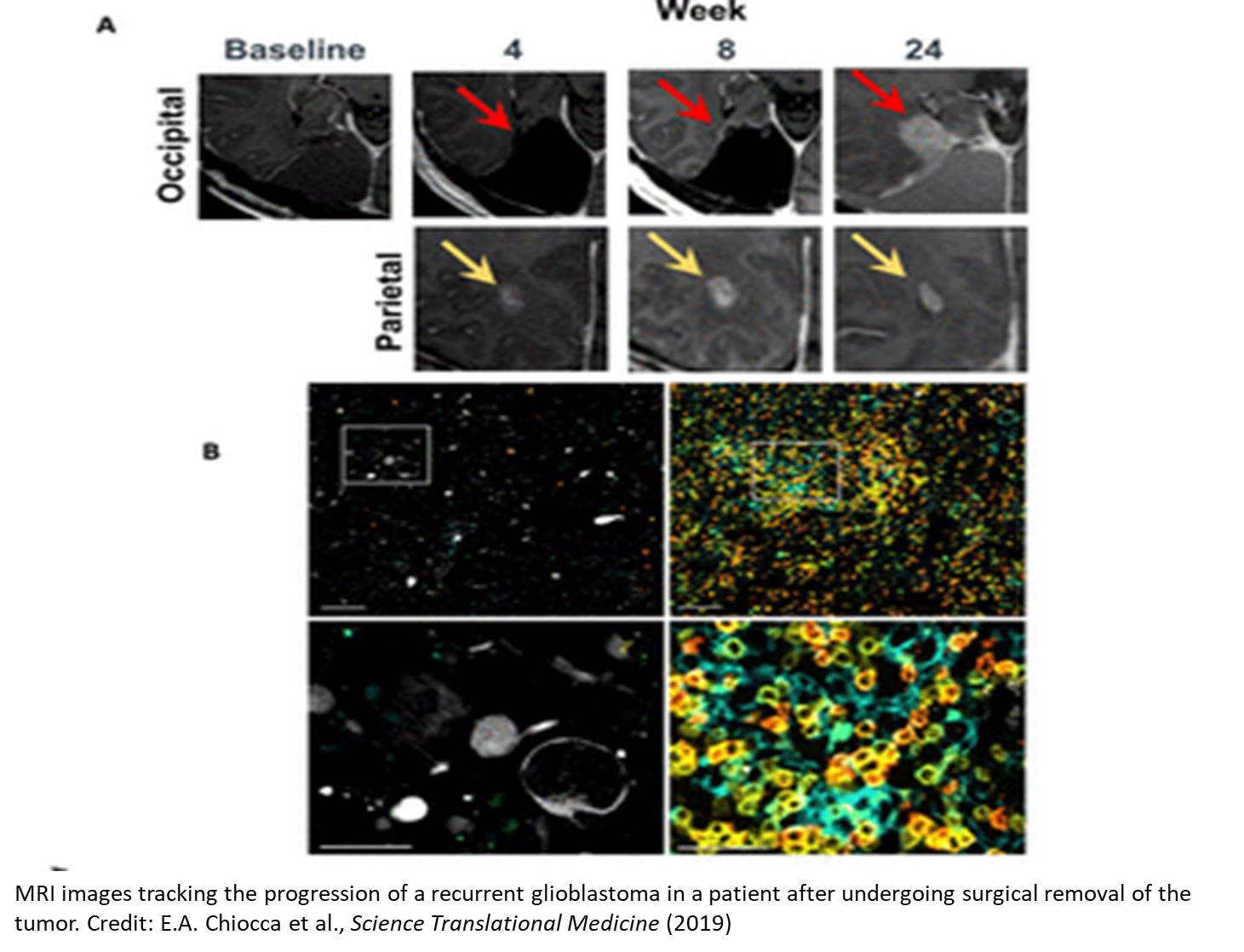 Immunotherapeutic drugs are a potent way of transforming the immune system into a ferocious guard dog that can sniff out and destroy tumor cells. But for some therapies, it helps to have a leash. Without one, immunotherapies can do their job too well, stimulating the immune system to overreact, causing systemic toxicity.

A new clinical trial by investigators set out to test the safety and effectiveness of controlling a powerful immunotherapy, known as human interleukin-12 (hIL-12), by using an oral activator -- a drug that can give finer control over when a gene gets turned on -- in patients with recurrent glioblastoma. The protein hIL-12 can stimulate many branches of the immune system, but previous clinical trials that leveraged it were halted because of toxicity.

Results from the new clinical trial, sponsored by Ziopharm Oncology, Inc., are more promising: the drug-inducible gene therapy approach showed anti-tumor effects, with tolerable and reversible side effects. The study lays groundwork for more robust clinical trials of this therapy, with potential applications for glioblastoma and beyond. Results are published in Science Translational Medicine.

"In a phase 1 trial, we're always trying to find a glimmer: Is there any evidence of efficacy? These results give us that glimmer of hope," said corresponding author. "We believe it is now possible to do regulatable immunotherapy via genes. It's well-tolerated in patients with glioblastoma, with some encouraging evidence that the drug is having its intended effect."

Glioblastoma is an aggressive, incurable cancer with a median overall survival of 15 months. Patients with glioblastoma receive surgery, radiation and chemotherapy, but in almost all cases, tumors return within months. When glioblastoma recurs, median overall survival is only a few months. In the current, multi-center study, 31 patients with recurrent glioblastoma received a dose of veledimex, the oral activator, before surgery to remove brain tumors. They received an injection of an hIL-12 vector (Ad-RTS-hIL-12), which delivered an IL-12 drug, at the time of surgery. They then continued taking veledimex for 14 days.

Patients received 10-40 mg of veledimex, and the researchers reported dose-related increases of veledimex, IL-12, and other measures of immune activity in the blood of patients. Frequency and severity of adverse events, including cytokine release syndrome, correlated with the veledimex dose, reversing promptly upon discontinuation. Patients taking the 20 mg dose of veledimex had a median overall survival rate of 12.7 months.

The team found that taking corticosteroids while on the IL-12 gene therapy negatively impacted survival. Corticosteroids are prescribed to relieve brain swelling but are also immunosuppressive, potentially dampening the effectiveness of the therapy. Overall, Patients taking 20 mg of veledimex with minimal corticosteroids had a median overall survival of 17.8 months (6.4 months for those on corticosteroids).

While these median overall survival times are favorable compared to recurrent glioblastoma historical controls (numbers reported in previous studies), more advanced studies with more patients will need to be performed to confirm if the treatment is truly efficacious.

When the researchers had access to tissue from tumors that had been treated with the IL-12 gene therapy, they saw evidence that immune cells had infiltrated the tumor -- a good sign -- but also saw evidence of increased checkpoint signaling, a trick that cancer cells use to stop the immune system. As a next step, the team is combining IL-12 gene therapy with intravenous checkpoint inhibitors.