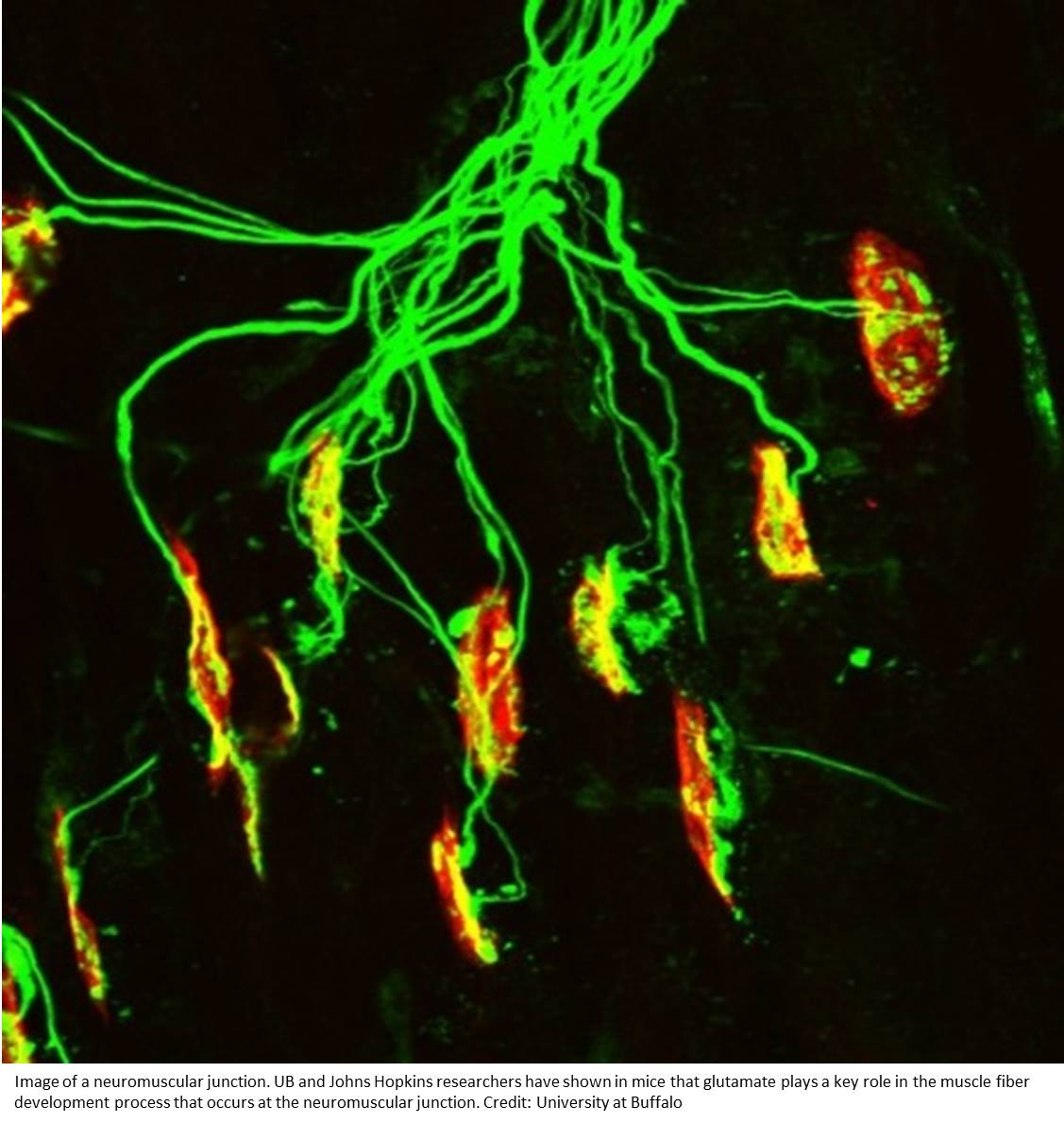 For decades, scientists thought acetylcholine was the only neurotransmitter responsible for controlling how muscles and nerves are wired together during development.

Turns out, they were wrong. Glutamate, the most common neurotransmitter in the brain, is also necessary.

The process that allows one motor neuron to stay while all the others are retracted seems to be this, according to the researchers: the nerve that's most effective in activating the muscle is the one that wins.

But what specifically occurs during the nerve's firing that triggers the stabilizing of the winner and the withdrawal of the others? For many decades, it was assumed that the pruning process began with release of the neurotransmitter acetylcholine from the nerve. This seemed logical, the paper's authors say, because motor neurons do indeed release lots of acetylcholine.

"However, we now have shown that an important transmitter is one that nobody had previously expected: it is glutamate," said the lead author. "The nerves release a molecule that is converted into glutamate, and the glutamate then activates glutamate receptors, notably NMDA receptors, on the muscle."

NMDA (N-methyl-D-aspartate) receptors are one of several types of molecules that respond to glutamate. They are especially important in the central nervous system controlling brain development, learning and synaptic plasticity.

The researchers tested their hypothesis—that glutamate receptor activation modulates the development of the neuromuscular system—in several ways, each of which supported what they thought. In addition, they showed that the response of the muscle to glutamate is very strong at birth, but quickly disappears as mice mature.

"Our work restarts a field that was stuck because of the widespread conviction that the process depended on a single transmitter, acetylcholine," said paper co-author.

"This study opens up a wide range of experimental possibilities because so much is known from central nervous system studies about how NMDA receptors work. Our work opens up a possible understanding of why return of muscle function is often limited after peripheral nerve trauma."

The same processes that control muscle fiber development tend to recur after peripheral injury in adults. Now, the research team is testing the hypothesis that the poor outcomes often seen after peripheral nerve trauma could be improved by manipulating NMDA receptors.