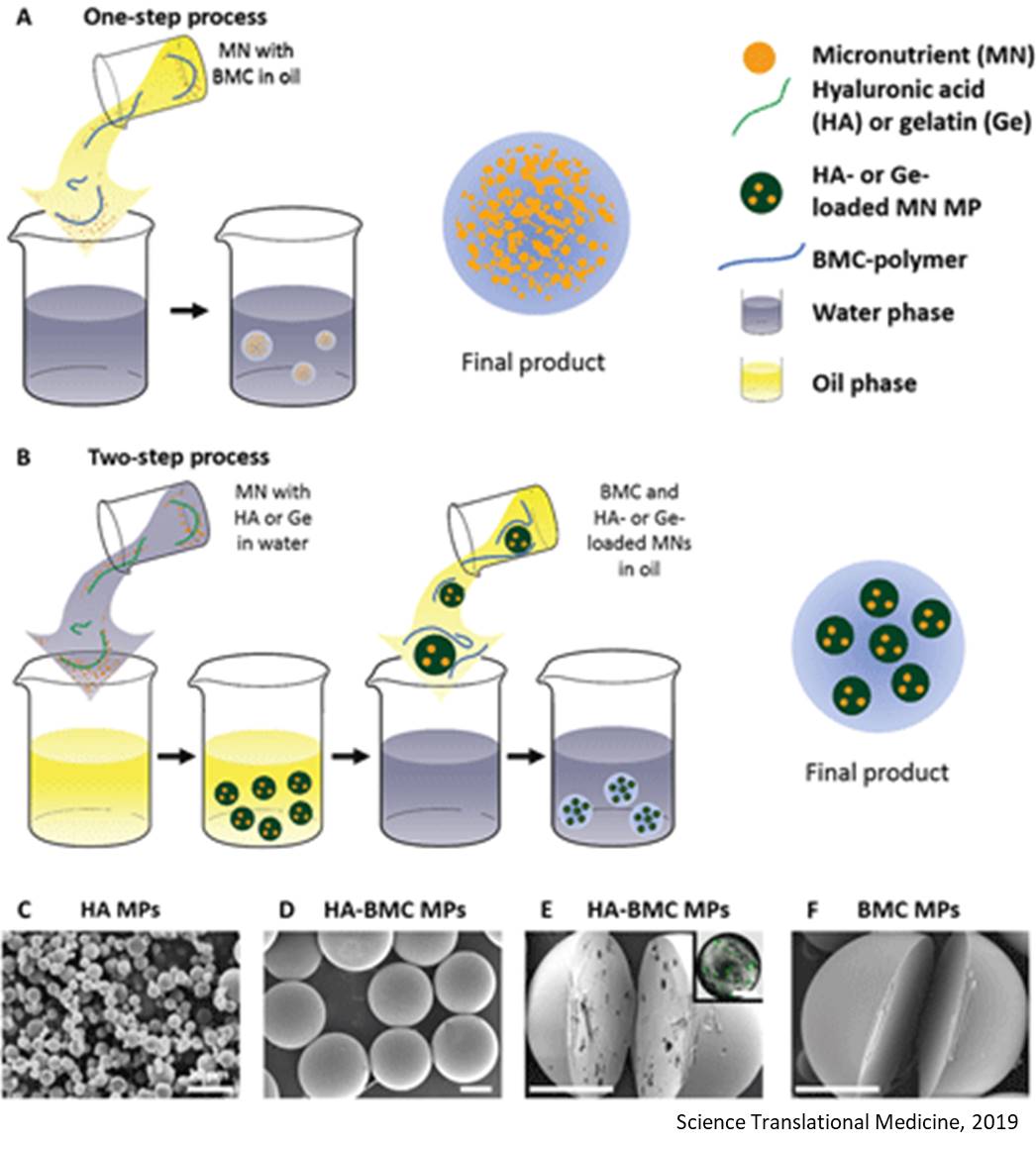 About 2 billion people around the world suffer from deficiencies of key micronutrients such as iron and vitamin A. Two million children die from these deficiencies every year, and people who don't get enough of these nutrients can develop blindness, anemia, and cognitive impairments.

Researchers have now developed a new way to fortify staple foods with these micronutrients by encapsulating them in a biocompatible polymer that prevents the nutrients from being degraded during storage or cooking. In a small clinical trial, they showed that women who ate bread fortified with encapsulated iron were able to absorb iron from the food.

"We are really excited that our team has been able to develop this unique nutrient-delivery system that has the potential to help billions of people in the developing world, and taken it all the way from inception to human clinical trials," says the senior author.

The researchers now hope to run clinical trials in developing nations where micronutrient deficiencies are common.

Lack of vitamin A is the world's leading cause of preventable blindness, and it can also impair immunity, making children more susceptible to diseases such as measles. Iron deficiency can lead to anemia and also impairs cognitive development in children, contributing to a "cycle of poverty," another author says.

"These children don't do well in school because of their poor health, and when they grow up, they may have difficulties finding a job, so their kids are also living in poverty and often without access to education," the author says.

The team set out to develop new technology that could help with efforts to fortify foods with essential micronutrients. Fortification has proven successful in the past with iodized salt, for example, and offers a way to incorporate nutrients in a way that doesn't require people to change their eating habits.

"What's been shown to be effective for food fortification is staple foods, something that's in the household and people use every day," the author says. "Everyone eats salt or flour, so you don't need to change anything in their everyday practices."

However, simply adding vitamin A or iron to foods doesn't work well. Vitamin A is very sensitive to heat and can be degraded during cooking, and iron can bind to other molecules in food, giving the food a metallic taste. To overcome that, the team set out to find a way to encapsulate micronutrients in a material that would protect them from being broken down or interacting with other molecules, and then release them after being consumed.

The researchers tested about 50 different polymers and settled on one known as BMC. This polymer is currently used in dietary supplements, and in the United States it is classified as "generally regarded as safe."

Tests in the lab showed that the encapsulated micronutrients were unharmed after being boiled for two hours. The encapsulation also protected nutrients from ultraviolet light and from oxidizing chemicals, such as polyphenols, found in fruits and vegetables. When the particles were exposed to very acidic conditions (pH 1.5, typical of the pH in the stomach), the polymer become soluble and the micronutrients were released.

In tests in mice, the researchers showed that particles broke down in the stomach, as expected, and the cargo traveled to the small intestine, where it can be absorbed.

After the successful animal tests, the researchers decided to test the encapsulated micronutrients in human subjects. In their first trial, the researchers incorporated encapsulated iron sulfate into maize porridge, a corn-derived product common in developing world, and mixed the maize with a vegetable sauce. In that initial study, they found that people who ate the fortified maize -- female university students in Switzerland, most of whom were anemic -- did not absorb as much iron as the researchers hoped they would. The amount of iron absorbed was a little less than half of what was absorbed by subjects who consumed iron sulfate that was not encapsulated.

After that, the researchers decided to reformulate the particles and found that if they boosted the percentage of iron sulfate in the particles from 3 percent to about 18 percent, they could achieve iron absorption rates very similar to the percentage for unencapsulated iron sulfate. In that second trial, they mixed the encapsulated iron into flour and then used it to bake bread.

"Reformulation of the microparticles was possible because our platform was tunable and amenable to large-scale manufacturing approaches," the author says. "This allowed us to improve our formulation based on the feedback from the first trial."

The next step, the senior author says, is to try a similar study in a country where many people experience micronutrient deficiencies. The researchers are now working on gaining regulatory approval from the Joint Food and Agriculture Organization/World Health Organization Expert Committee on Food Additives. They are also working on identifying other foods that would be useful to fortify, and on scaling up their manufacturing process so they can produce large quantities of the powdered micronutrients.