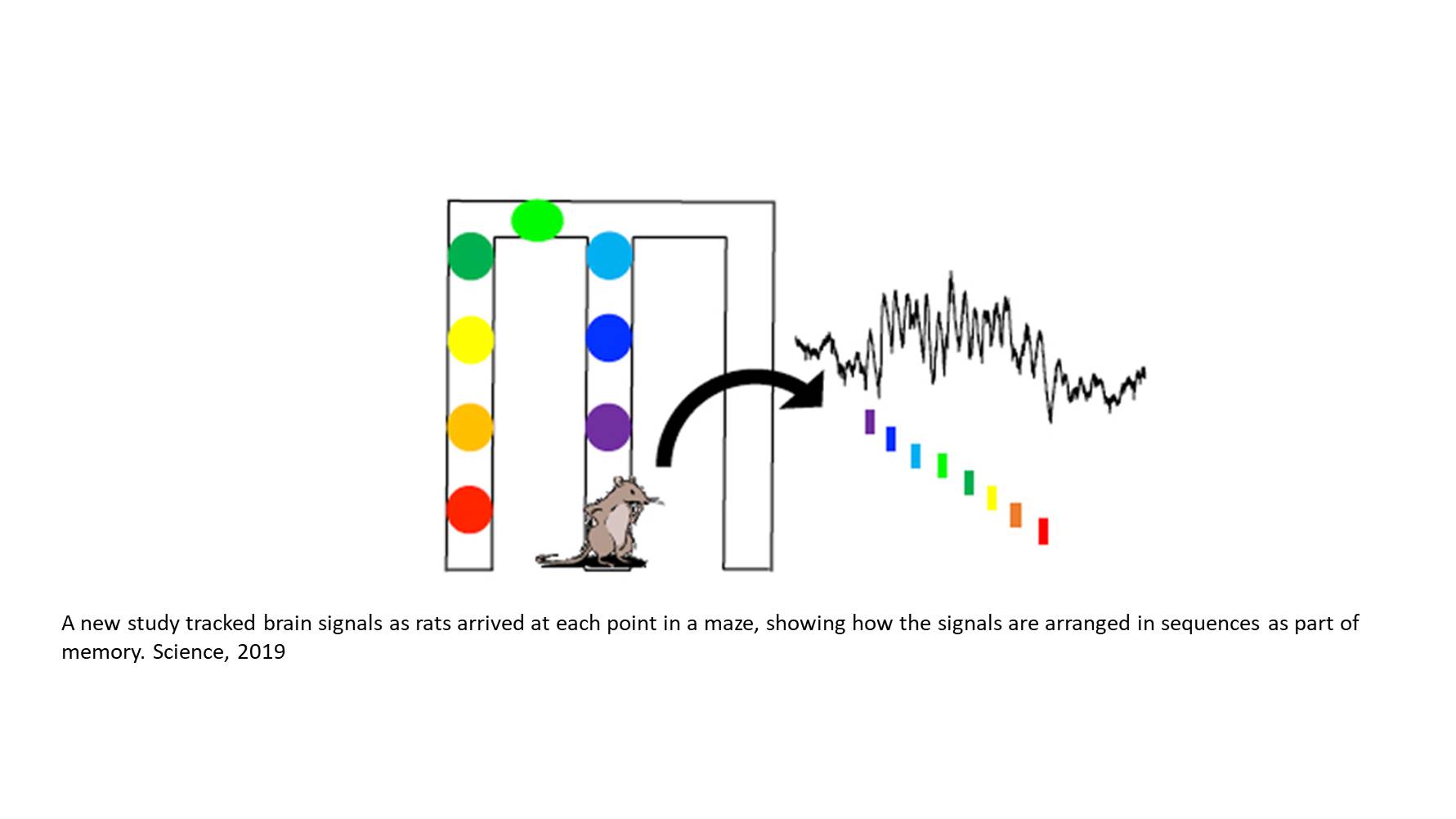 Published by the journal Science, the study addressed "working memory," the temporary activation of brain cells that happens as we tour a new neighborhood, for instance, and remember our way around later that day.

The new study finds that signals created by brain cells (neurons) - called sharp wave ripples - are longer by tens of milliseconds and capture more information when an animal is learning about a new place than when in a familiar setting.

When the research team artificially doubled the length of the signals involved in memory recall of the best route through a maze, rats with extended ripples were found to be 10-15 percent better at finding a sugary reward than rats without the manipulation.

"Our study is the first in our field that made artificial changes to intrinsic neuronal firing patterns in the brain region called the hippocampus that increased the ability to learn, instead of interfering with it like previous attempts," says the senior author. "After decades of study, we finally understand the mammalian brain well enough to alter some of its mechanisms in ways that may guide the design of future treatments for diseases that affect memory."

The study results revolve around nerve cells, which "fire" - or bring about quick swings in the balance of their positive and negative charges - to transmit electrical signals that coordinate memories. The team in recent years discovered that sets of neurons fire within milliseconds of each other in rhythmic cycles - creating closely connected sequences of signals that can encode complex information.

This observed pattern -- where hippocampal cells in different parts of the circuit fire together briefly - creates "sharp wave ripples." The patterns are named for their shape when captured graphically by electro-encephalography or EEG, a technology that records brain activity with electrodes.

The senior author says the ripples represent the 'replaying' and combining of fragments of learned information, part of the process that weaves them into an animal's memory.

In the current study, the team designed experiments such that the correct route to get sugary water alternated between the left and right arms of a maze each time a rat was placed in it. To get their reward, the rats had to use working memory, recalling which way they had gone on the previous trial, and choosing the opposite way the next time.

Studies in recent years in many labs have established that hippocampal "place cells" encode each room, or each arm of a maze, when entered, and then fire again as rats or humans remember going there, or plan to go there again. The study authors recorded the firing of place cells as a rat performed the memory task in the maze, and predicted the route taken as reflected in the cell firing sequence captured in each sharp wave ripple.

Importantly, the study also found that the extended ripples enabled slower-firing neurons to be recruited into their sequences. The authors' past studies had shown these sluggish neurons to be better at changing their properties (more plastic) as something new is learned.

In contrast, faster firing partners in a ripple tended to start the sequence regardless of which route the rat took. The team has been building the case that such 'rigid' neurons generalize across experiences, encoding the familiar (instead of the newfound) aspects of each newly encountered location.

"Our next step will be to seek to understand how sharp wave ripples can be prolonged by non-invasive means, which if we succeed would have implications for treating memory disorders," says first author.