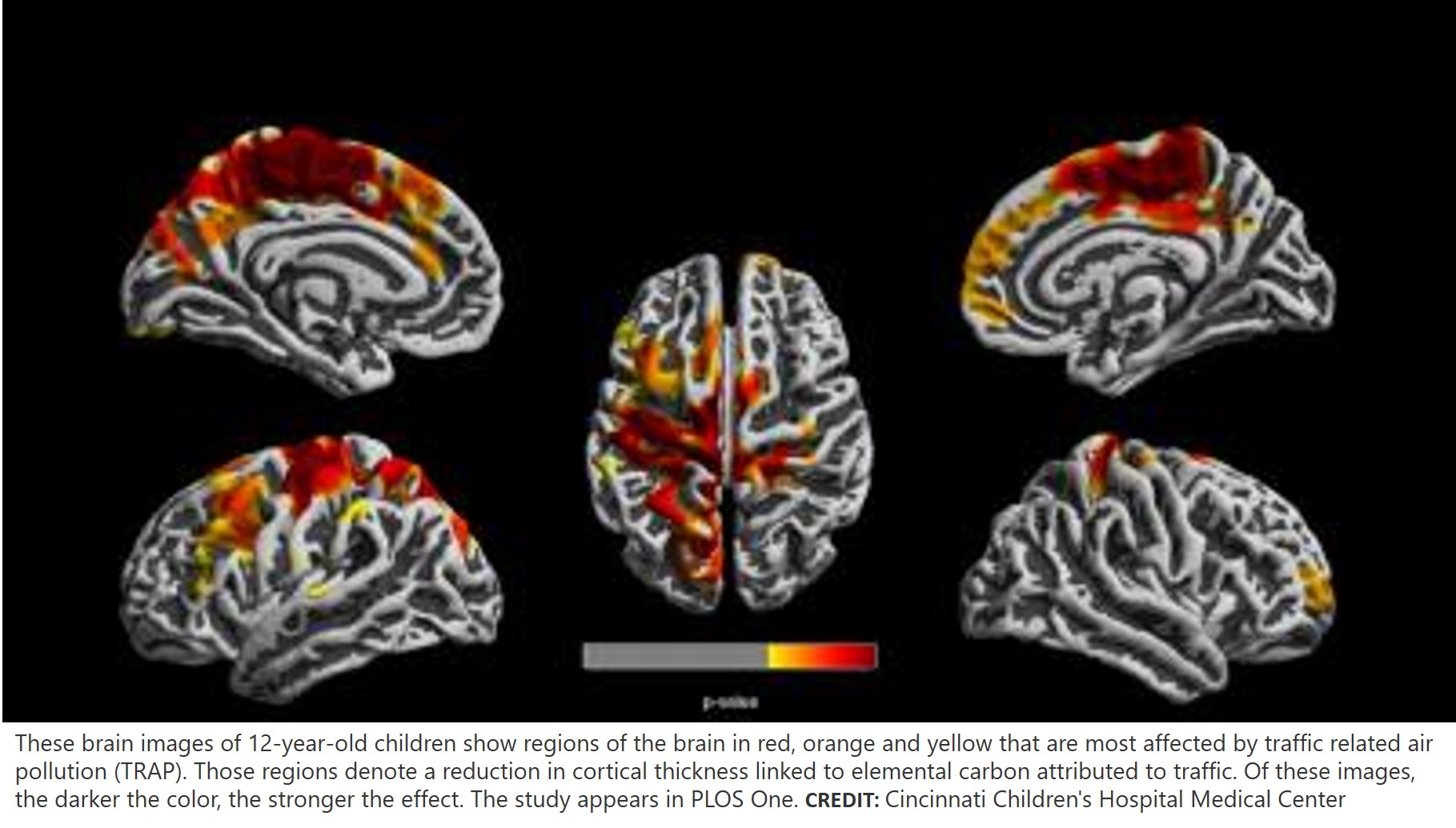 A new study suggests that significant early childhood exposure to traffic-related air pollution (TRAP) is associated with structural changes in the brain at the age of 12.

"The results of this study, though exploratory, suggest that where you live and the air you breathe can affect how your brain develops, says the lead author of the study. "While the percentage of loss is far less than what might be seen in a degenerative disease state, this loss may be enough to influence the development of various physical and mental processes."

Gray matter includes regions of the brain involved in motor control as well as sensory perception, such as seeing and hearing. Cortical thickness reflects the outer gray matter depth. The study found that specific regions in the frontal and parietal lobes and the cerebellum were affected with decreases on the order of 3 to 4 percent.
"If early life TRAP exposure irreversibly harms brain development, structural consequences could persist regardless of the time point for a subsequent examination," says the author.

The researchers on the study, which is published online in PLOS One, used magnetic resonance imaging to obtain anatomical brain images from 147 12 year olds. These children are a subset of the Cincinnati Childhood Allergy and Air Pollution Study (CCAAPS), which recruited volunteers prior to the age of six months to examine early childhood exposure to TRAP and health outcomes.

The volunteers in the CCAAPS had either high or low levels of TRAP exposure during their first year of life. The researchers estimated exposure using an air sampling network of 27 sites in the Cincinnati area, and 24/7 sampling was conducted simultaneously at four or five sites over different seasons. Participating children and their caregivers completed clinic visits at ages 1, 2, 3, 4, 7 and 12.

Previous studies of TRAP suggest that it contributes to neurodegenerative diseases and neurodevelopmental disorders. This work supports that TRAP changes brain structure early in life.