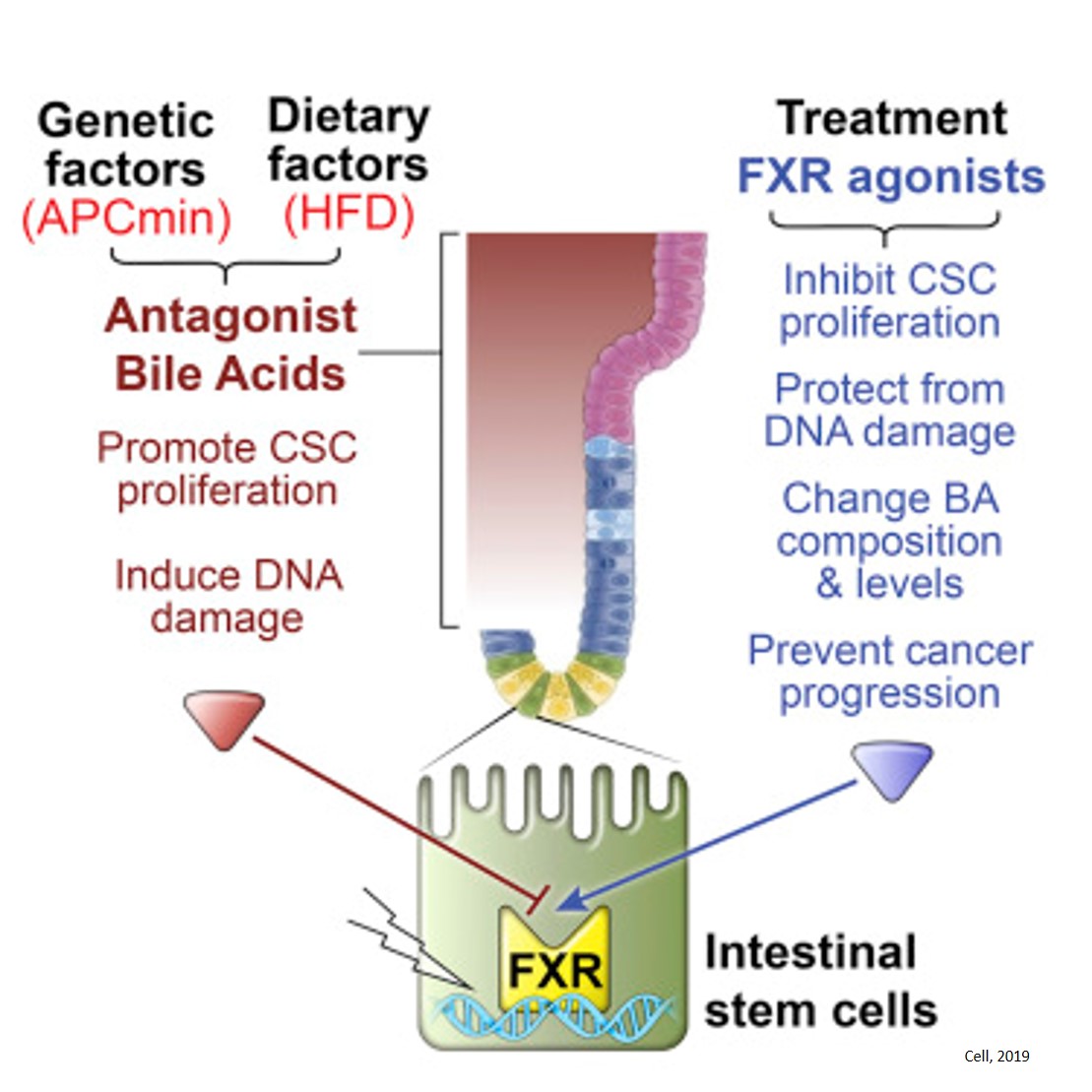 As cancer death rates drop overall, doctors have noted a frightening anomaly: deaths from colorectal cancer in people under 55 appear to be creeping up. According to the American Cancer Society, deaths in this younger group increased by 1 percent between 2007 and 2016.

A new study suggests that high-fat diets fuel colorectal cancer growth by upsetting the balance of bile acids in the intestine and triggering a hormonal signal that lets potentially cancerous cells thrive. The findings, which appeared in Cell , could explain why colorectal cancer, which can take decades to develop, is being seen in younger people growing up at a time when higher-fat diets are common.

The research, conducted in a mouse model, suggests how lifestyle and genetics converge. The researchers found that animals with an APC mutation, the most common genetic mutation found in humans with colorectal cancer, developed cancer faster when fed a high-fat diet.

"It could be that when you're genetically prone to get colon cancer, something like a high-fat diet is the second hit," says study co-author.

The intestine and colon (commonly lumped together as the "gut") are hard-working organs. As you eat, your gut needs to constantly regenerate its lining to undo the damage done by digestive acids. To do this, the gut houses a population of stem cells that can replenish lining cells when needed.

Scientists have found that colorectal cancers often originate from mutations in these stem cells. The most common colorectal cancer-linked mutation is in a gene called APC, which normally acts as a "tumor suppressor" gene because it controls how often cells divide. Mutations in the APC gene can remove that control and allow cells to divide rapidly and become cancerous.

Over the last four decades, the team has investigated the roles of bile acids. (30 types of bile acids float around in the gut to help digest food and absorb cholesterol, fats and fat-soluble nutrients.) Among the lab's discoveries was the revelation that bile acids send hormonal signals to intestinal stem cells through a protein called the Farnesoid X receptor (FXR). For the new study, the researchers uncovered how high-fat diets affect that hormonal signaling.

Study first author began by following a clue in a mouse model with an APC mutation. These mice develop early signs of colorectal cancer, so the author decided to monitor bile acid levels in the mice at the same time and discovered that types of bile acids known to interact with FXR increased at the same time as cancer initiation--and that the presence of additional bile acids accelerated cancer progression.

"We saw a very dramatic increase in cancer growth correlated to bile acid," says the co-corresponding author of the study. "Our experiments showed that maintaining a balance of bile acids is key to reducing cancer growth."

The researchers showed that feeding these mice a high-fat diet was like adding fuel to a fire: high-fat diets increased levels of two specific bile acids that dampen the activity of FXR. The gut wants to repair itself, and FXR keeps the process slow, steady and safe. When bile acids inhibit FXR, a group of stem cells starts growing rapidly and accumulating DNA damage.

"We knew that high-fat diets and bile acids were both risk factors for cancer, but we weren't expecting to find they were both affecting FXR in intestinal stem cells," says the co-author of the study.

The mice with APC mutations developed benign growths called adenomas. In humans, adenomas are common in the intestine and are routinely removed during colonoscopies. These growths normally take decades to turn into malignant adenocarcinomas. Yet the adenomas in these mice quickly turned cancerous when given high-fat diets.

At last, the researchers had found a possible cellular mechanism to explain the rise in colorectal cancer deaths in younger people. Their theory is that as high-fat diets have become more common in the United States, more people with an APC mutation are accelerating their cancer growth through these diets.

Next, the researchers decided to test a new cancer-fighting weapon. They used a molecule called FexD, developed to activate FXR in intestinal stem cells. FexD appeared to counteract the damage done by unbalanced bile acids in both mouse organ models and human colon cancer cell lines.

While more experiments need to be done before FexD is tested in humans, the team says the drug candidate has some promising qualities: it can reach the colon and it only acts on FXR, so it should produce fewer side effects than other drugs.

"While colon cancer is considered 'incurable,' the work opens up an entirely new frontier in the understanding and treatment of the disease," says the senior author.