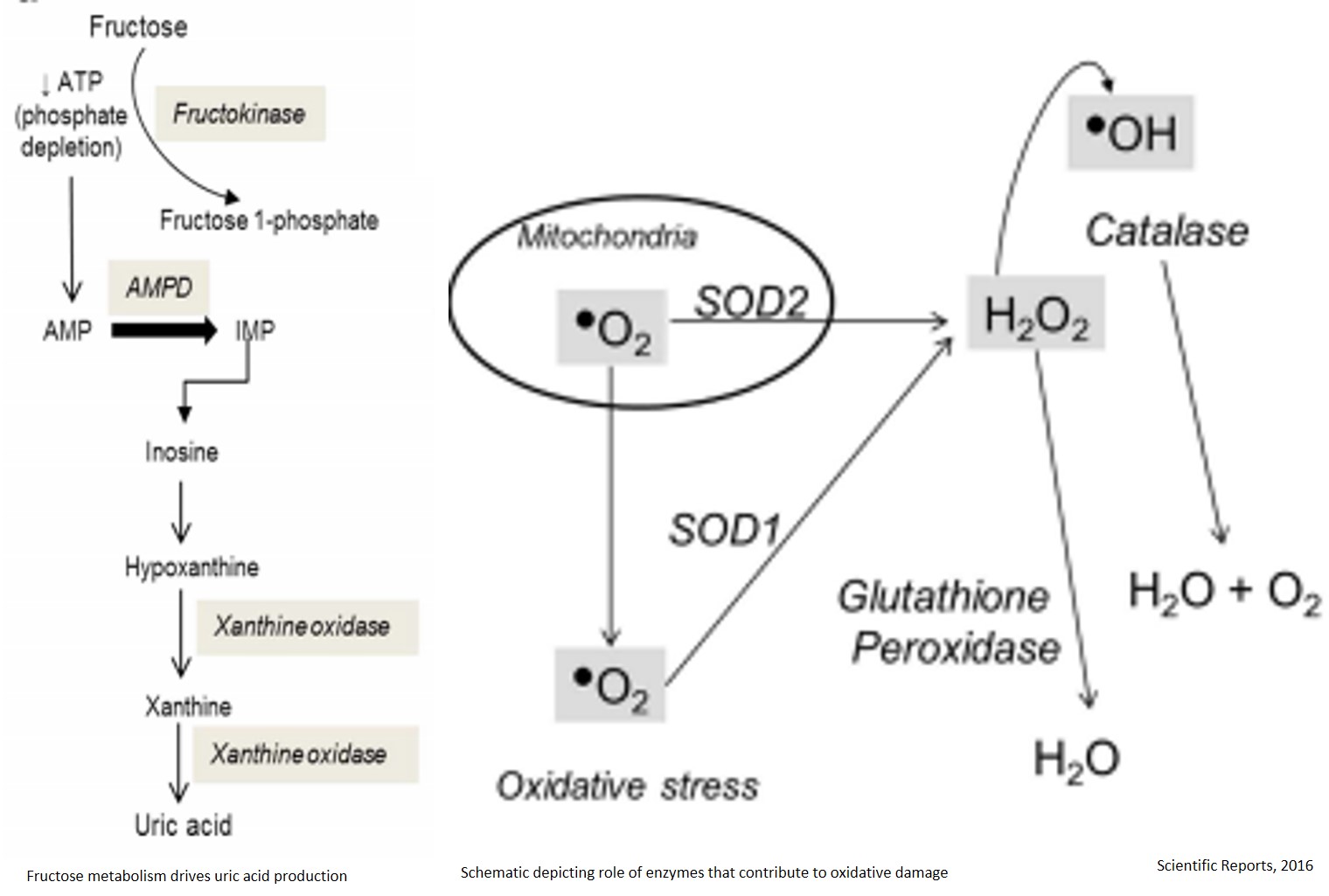 Consuming a high-fructose diet during pregnancy may cause defects in the placenta and restrict fetal growth, potentially increasing a baby's risk for metabolic health problems later in life, according to research in mice.

However, giving the mice allopurinol, a generic drug frequently prescribed to treat gout and kidney stones, appears to mitigate the negative maternal and fetal effects. The findings suggest it may be possible to devise a prenatal screening test and treatment plan for pregnant women with high fructose levels. The study is available online in Scientific Report.

Fructose, a sugar occurring naturally in fruits and honey, has been popular for decades among food manufacturers who process it into high-fructose corn syrup used to sweeten food and beverages. In fact, researchers have reported that the refined sugar accounts for more than half of all sweeteners used in the U.S. food-supply chain. And in recent years, there's growing concern that fructose in processed foods and sugary drinks may be linked to diabetes and obesity.

Fructose is processed differently than other sugars such as glucose, which the body converts into energy. Instead, fructose is broken down by liver cells that turn the sugar into a form of fat known as triglycerides while also driving high levels of uric acid, a normal waste product found in urine and stool. Too much uric acid can create metabolic mayhem resulting in obesity, type 2 diabetes and other health conditions.

To assess the relevance of the mouse data in pregnant women, the researchers examined the association between fructose and placental uric acid levels in a small controlled group of 18 women who underwent scheduled cesarean sections. The women had no disorders that would have caused elevated uric acid. "We found a correlation suggesting similar maternal and fetal effects occur in humans," author said.

In the mouse model, researchers found that giving mice with high-fructose levels the common drug allopurinol - a prescription medication that reduces uric acid -- reversed the refined sugar's negative maternal and fetal effects by reducing the levels of uric acid in the placenta.

"The negative effect of excess fructose in humans is likely to lead to an exacerbation of the problems seen in the mice," said the author, who believes additional research may lead to a prenatal screening test for measuring fructose levels. This can be determined by simple blood work.

Besides advising pregnant women to limit fructose in their diets, treatment for those with high-fructose levels may include administering allopurinol, which crosses the placenta and generally is considered safe to take late in the second trimester or third trimester during pregnancy, author said.