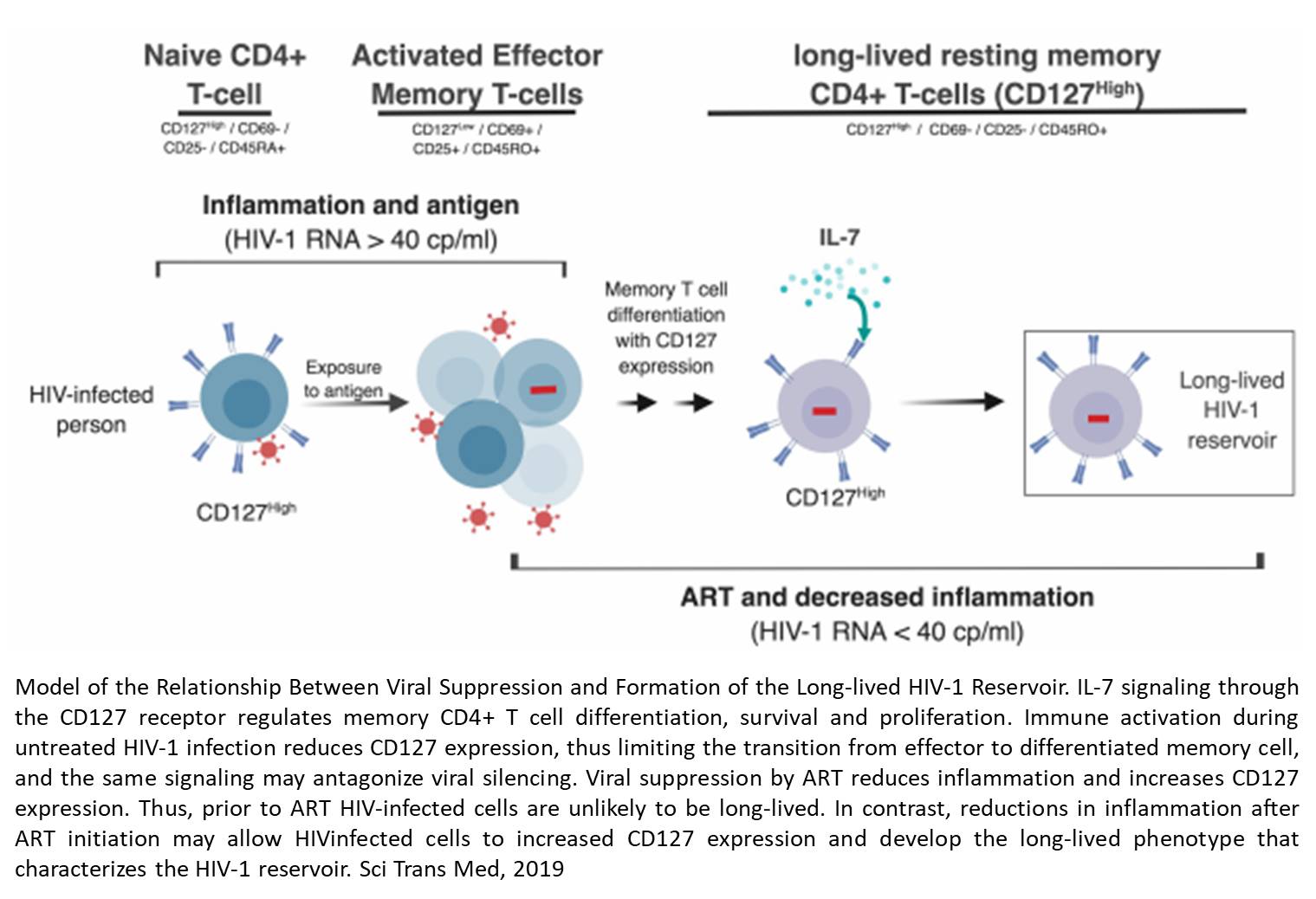 Antiretroviral therapy (ART) can suppress HIV to the point where the virus is nearly undetectable, and people on medication can live many years. But therapy cannot completely eradicate the virus; it persists in reservoirs inside immune cells, a phenomenon called "latency." This latent reservoir forms even when a person begins therapy very early after infection, but the dynamics of the reservoir's formation have been largely unknown.

Now scientists have discovered evidence that the initial use of ART alters the host environment to allow the formation or stabilization of most of the long-lived HIV reservoir that is then present for many years. This research was published in Science Translational Medicine.

Their research shows that the long-lived reservoir of HIV in blood mostly reflects viral strains that were present at the time treatment was initiated, with these latent viruses persisting after years of treatment. The implication is that treatment itself indirectly contributes to the formation of most of the latent HIV reservoir - or alternatively that the viral reservoir population is unstable prior to treatment but stabilizes when treatment starts.

"This comes as a big surprise," said co-senior author. "Our work suggests that if we could understand the reservoir-forming process better, we might be able to intervene at the start of treatment to reduce the majority of the reservoir that forms at this time."

Antiretroviral treatments are widely available and in most cases will prevent people with HIV from developing the fatal immune deficiency syndrome AIDS. However, these treatments must be taken indefinitely. HIV encodes itself in the DNA of millions of CD4 immune cells, and this latent viral reservoir not only survives treatment but also will seed a new, actively replicating virus population in the blood if antiretroviral treatment ever stops.

The researchers set up the study to try to understand more about the origins of the HIV reservoir. They analyzed the genetic sequences of HIV in blood samples that had been taken from nine South African women in the CAPRISA 002 cohort over a period of several years before they began treatment; since the virus rapidly evolves they could use the differences in viral sequence at each time point as a clock for the different time points. The researchers also examined blood samples taken from these women years after treatment had started so that the researchers could analyze the sequences of the latent HIV reservoir strains that grew from their CD4 T cells in the lab.

The researchers hoped that a comparison of the pre-treatment strains and the reservoir strains would provide clues to when and how the reservoir formed. The comparison revealed something unexpected. For the nine women, most of their HIV reservoirs - about 71 percent on average - consisted of viral strains that were closely related to the strains circulating just before they started treatment.

"This is a much higher proportion than you'd see if the reservoir formed continuously before treatment and was always long-lived," said the author. "So either the therapy indirectly induced the formation of much of the reservoir, or it stabilized a reservoir that until then had been turning over rapidly."

The authors found support for their conclusion in an earlier 2016 study published in eLife that had examined the evolution of HIV during treatment by analyzing HIV DNA in the blood cells of treated patients. Most such DNA cannot form replicating viruses, but the investigators in that study observed that the sequences of DNA in the latent reservoir closely resembled the sequences of HIV strains that had been replicating in patients' blood just before treatment started.

The authors are now following up to determine in more detail how the HIV reservoir forms and how that formation relates to antiretroviral treatment. They hypothesize that the initiation of treatment quiets the immune system by reducing the presence of actively replicating HIV. This makes CD4 T cells more likely to turn into long-lived "memory cells." And if they were already infected by HIV, the memory cells that form when therapy is initiated will constitute much of the long-term viral reservoir.

Thus, combining HIV antiretroviral treatment with a drug that inhibits the transition of CD4 T cells to the memory cell state might prevent much of the viral reservoir from ever forming.

"A major goal of current HIV research is to allow people to stop therapy without having the virus come back," the author said. "One strategy to achieve this is to eradicate the latent reservoir. Starting with a smaller reservoir could help make that an attainable goal."