How a mitochondrial enzyme can trigger cell death 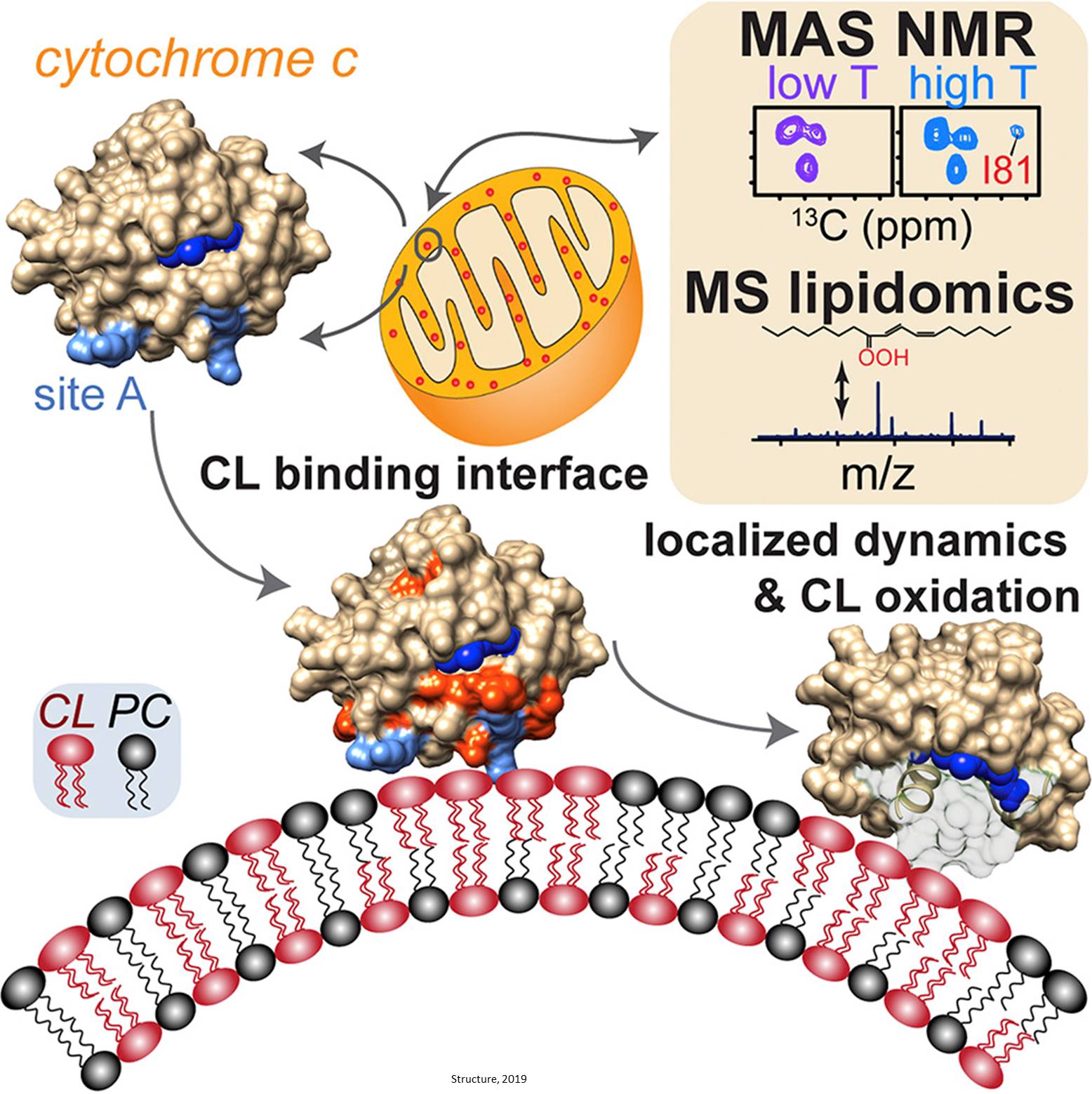 Cytochrome c is a small enzyme that plays an important role in the production of energy by mitochondria. It is also involved in signaling dangerous problems that warrant apoptosis, or programmed cell death. Using solid-state NMR, researchers have discovered that the signal induced by cytochrome c is more controlled than expected. The results were published in the journal Structure.

If cells malfunction, the body wants to get rid of them before they do more damage. Different signals can drive a cell to self-destruct through apoptosis. Widespread programmed cell death contributes to the progression of neurodegenerative diseases such as Huntington's disease. A strong signal to trigger apoptosis is the oxidation of cardiolipin, a phospholipid that is only present in the membrane of mitochondria, the cell's power stations. 'Mitochondria have two membranes and this cardiolipin is primarily present in the inner membrane,' explains the senior author. 'When it is oxidized and moves to the outer membrane, it will trigger apoptosis.'

Drugs that prevent the oxidization of cardiolipin also reduce cell death and can slow down the progression of Huntington's disease in animal models. However, cells accelerate the oxidation process through the catalytic activity of cytochrome c, an enzyme that contains a reactive haem group. 'This suggests that the oxidation event is not accidental but may also act as a useful and desirable signal for the cell,' explains the senior author.

'We expected that the protein would be inside the membrane, in an unfolded state that exposes the reactive haem group.' The haem would then easily oxidize the cardiolipin. However, the results showed something different. 'The enzyme doesn't enter the membrane but is bound to membrane domains containing cardiolipin, and it remains folded. However, a protein loop covering the haem group will sometimes move aside, exposing the phospholipids to the haem group.'

This observation suggests that the action of cardiolipin in apoptosis is to a certain extent regulated, and not just a passive response to oxidative conditions. This could have implications for diseases in which cell death plays an important role. 'If the active form of cytochrome c is still folded, it might be possible to develop drugs that stop it from oxidizing cardiolipin.' Another possible point of intervention is the binding of the enzyme to specific membrane domains. And finally, problems with the mitochondria can either induce apoptosis or the less invasive removal of just the affected mitochondrion. 'If we could understand how this choice is made, we might be able to influence this process.'

Prohibitin-2 is a novel molecule involved in myelination