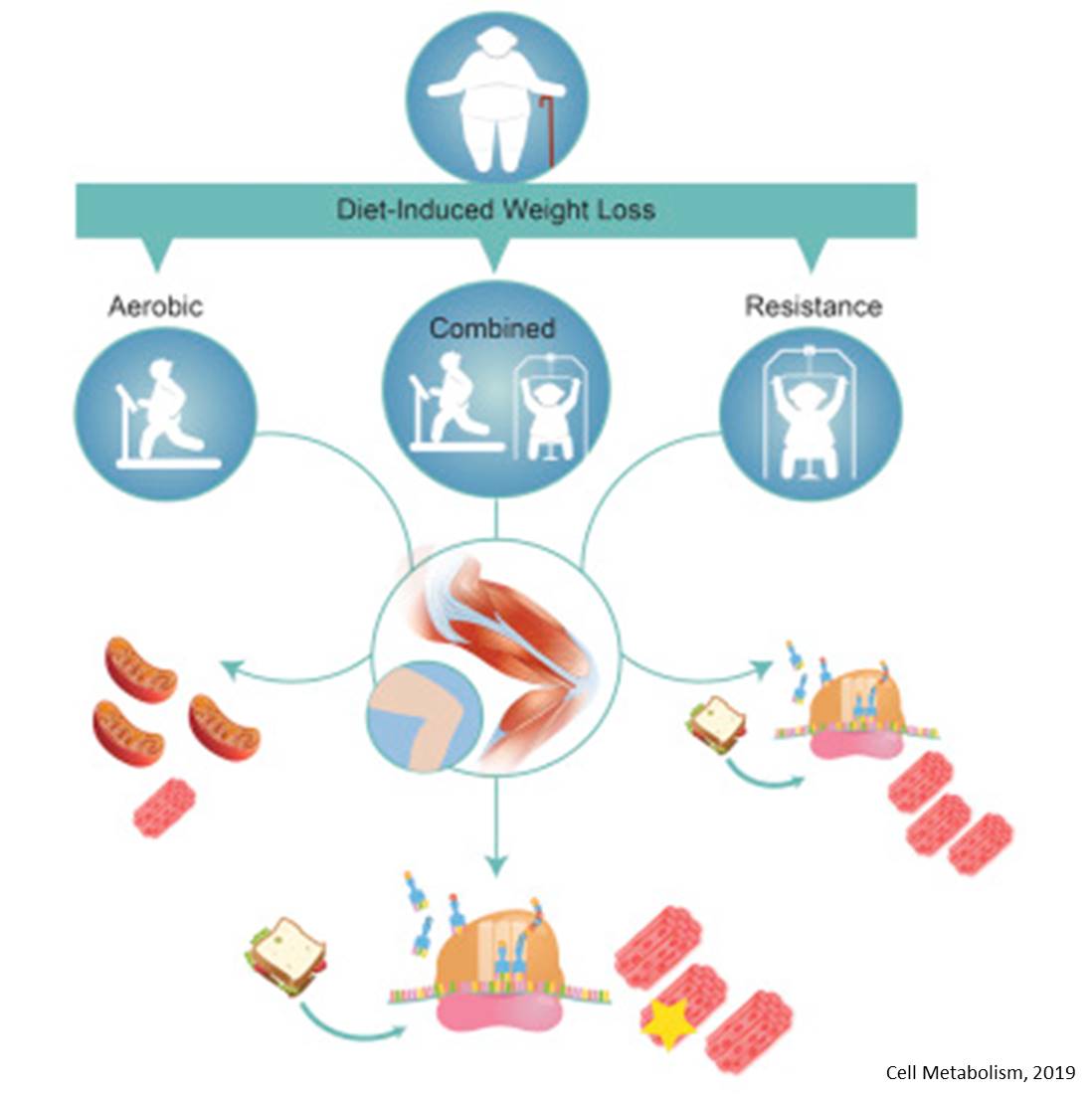 As obesity increases in aging Western populations, frailty--which is exacerbated by obesity--is becoming a greater health concern and a major healthcare cost. Now, researchers report in the journal Cell Metabolism that combining aerobic exercise and resistance training helps elderly obese individuals preserve muscle mass and reverse frailty as they work to lose weight. Based on a small clinical trial, the study showed that patients who completed these exercises had increased muscle protein synthesis and preserved muscle quality compared to control groups.

In a previous study, researchers hypothesized that resistance training would best complement weight loss for improving physical function in older obese adults. Study participants took part in a weight-management program and were randomly assigned aerobic workouts, resistance training or a combination of both.

However, it was unclear how obese older adults in particular benefitted from aerobic workouts geared toward cardiovascular fitness combined resistance training. In the Cell Metabolism study, the researchers used molecular and cellular techniques to assess changes in their muscle protein synthesis and myocellular quality to examine the mechanisms underlying the obese older adults' improvement in physical function and preservation of lean body mass.

A subset of participants--47 of the original 160--agreed to undergo muscle biopsies before and after six months of lifestyle interventions to see how their muscle tissue was affected. The participants were men and women that averaged between 69 and 72 years of age and more than half were Hispanic/Latinx. Aerobic activities included treadmill walking, stationary cycling, and stair climbing, with participants exercising at approximately 65% of their peak heart rate; resistance training consisted of 1 to 3 sets of 8 to 12 reps on nine upper-body and lower-body weight-lifting machines.

The study found that the participants' muscle protein synthesis rate increased more with resistance training and combined aerobic-resistance exercise than in the control group. The combined aerobic-resistance exercise was also associated with lower expression of genes associated with muscle atrophy and the best preservation of muscle growth regulators, which the researchers hypothesized could also play a role in promoting muscle mass preservation and improvement in physical function in that group.