How allergens cause pain in atopic dermatitis 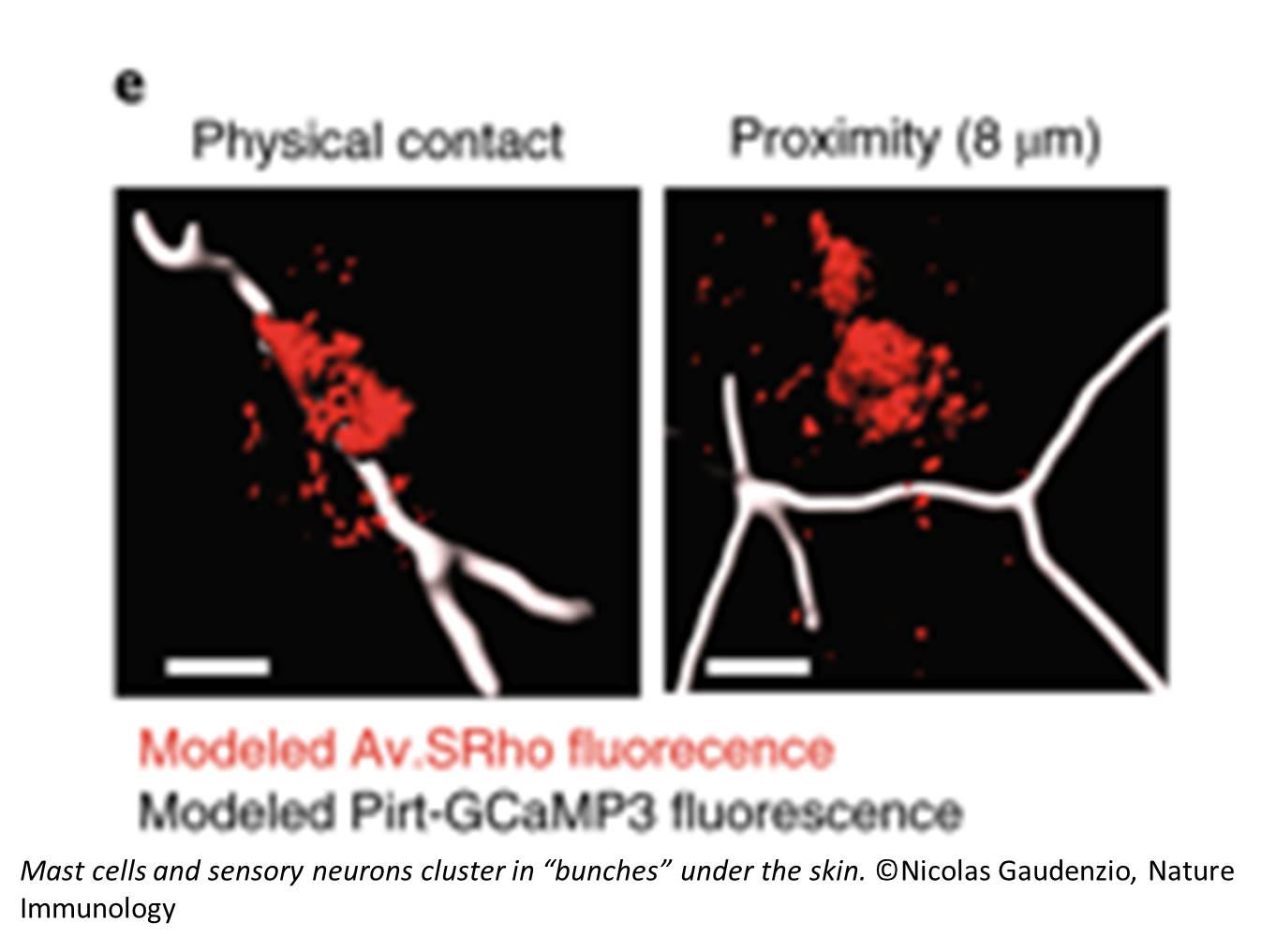 Dry skin, pain, and itching... Atopic dermatitis affects the everyday lives of nearly 20% of children, and up to 5% of adults. The condition can have a significant impact on the quality of life of these patients.

Several studies have shown that genetic factors are involved in the development of this chronic inflammatory skin disease, and suggest that they result in impairment of the skin barrier. This enables the allergens present in the environment, from pollen to dust mites, to penetrate the dermis and stimulate the immune system, which reacts abnormally to this "threat" by triggering eczema.

However, the mechanisms of hypersensitivity to allergens and immune system hyperactivity in patients with atopic dermatitis are not yet fully understood. The researchers have taken a lead from existing clinical data which show that patients with this disease have numerous neuropeptides in their blood: chemical messengers that carry nerve messages, and whose level is correlated to disease severity. Identification of these neuropeptides in the blood indicates activation of the sensory neurons. These patients also have a number of enzymes in the blood indicating the presence of mast cells. Mast cells are immune cells present in the skin that play an essential role in modulating inflammatory and allergic processes.

Based on these observations, the team decided to focus on the interaction between sensory neurons and mast cells, and have now published their findings in the scientific journal Nature Immunology.

The researchers studied animal models of atopic dermatitis. Under the skin of mice showing signs of inflammatory reactions, they observed mast cells and sensory neurons clustering together in "sensory neuroimmune units" not dissimilar in form to a bunch of grapes. "The mast cells and neurons cling together in the dermis. We don't yet understand the molecular interactions that bind them together, but we have quantified the distances between them, which are tiny," highlights the author.

The authors found that house dust mites (HDMs) with cysteine protease activity directly activated peptidergic nociceptors, which are neuropeptide-producing nociceptive sensory neurons that express the ion channel TRPV1 and Tac1, the gene encoding the precursor for the neuropeptide substance P.

Intravital imaging and genetic approaches indicated that HDM-activated nociceptors drive the development of allergic skin inflammation by inducing the degranulation of mast cells contiguous to such nociceptors, through the release of substance P and the activation of the cationic molecule receptor MRGPRB2 on mast cells.

In the longer term, this discovery could have practical therapeutic implications. "Until now, patients could be treated with biological treatments (biological therapy), but these obviously treat the disease further down the line, after flare-ups have occurred. We believe we have put our finger on a trigger mechanism and now want to continue our research to identify new molecules that could block interactions between mast cells and sensory neurons, and thus have a beneficial therapeutic effect for patients," explains the researcher.

To do so, the group will first need to characterize the molecular interactions within these units in more detail, and analyze the role they play in modulating the immune system.

"One of the questions we are now going to try and answer is what these mast cell-sensory neuron units are for. They must represent a defense mechanism for the body, since they are also found in healthy individuals. But it could be that they don't work properly in people who have atopic dermatitis--that's what we're trying to understand," concludes the author.