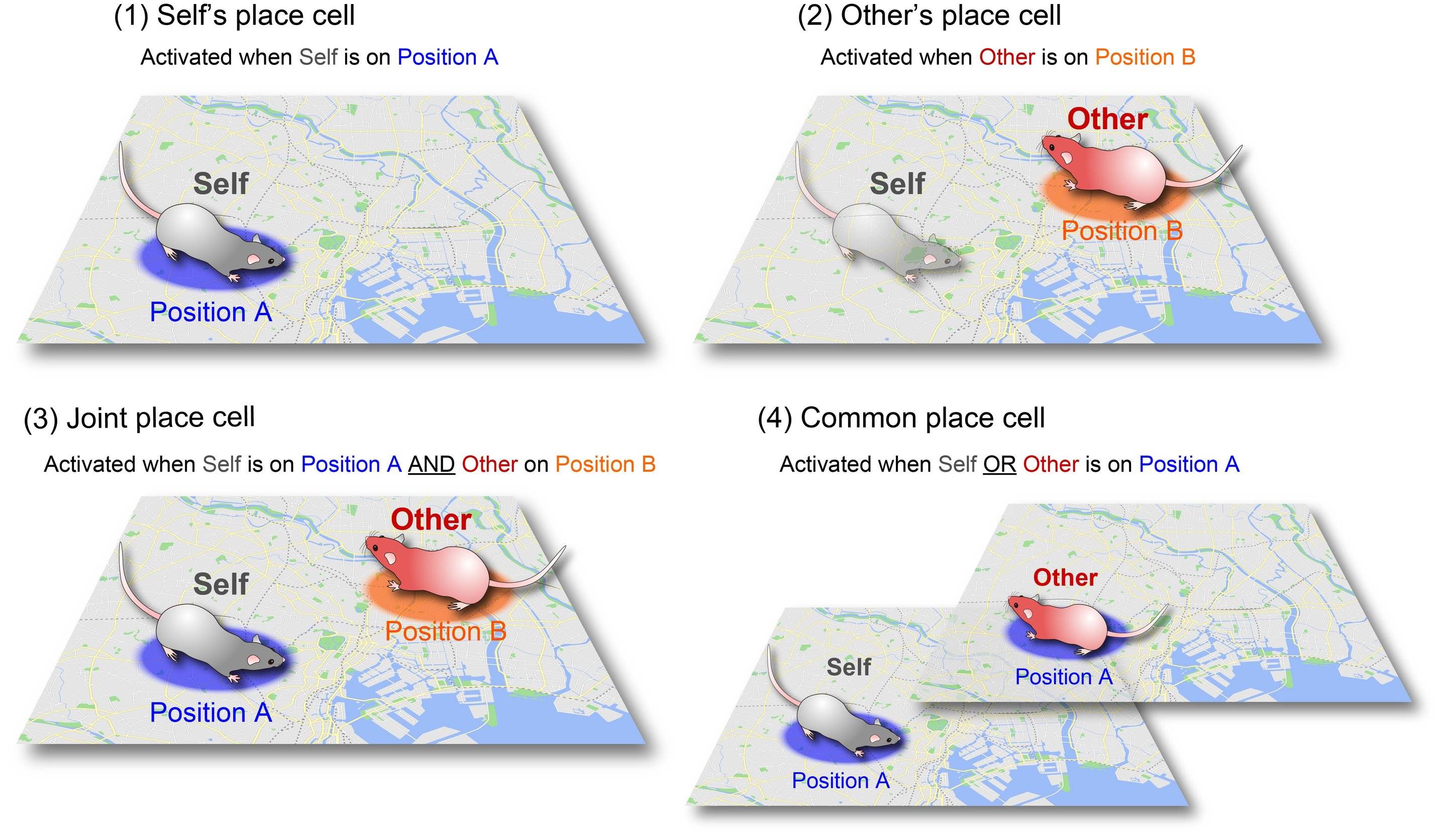 Two new studies have identified a subset of neurons in the bat and rat hippocampi, respectively, that specifically encode the spatial position of others of the same species.

While scientists have been able to identify neurons that help an organism decipher its own spatial location, surprisingly little is known about how the positions of other animals, relative to the self, are represented in the brain. Yet for social animals, knowing the location of other individuals is critical for social interactions, observational learning, and for group navigation.

In one study involving bats, researchers designed an experiment where one observer bat watched a friend fly onto one of two landing balls. After a brief time delay, the observer bat had to match the same trajectory in order to receive a reward. While the bats performed this task, the researchers recorded the activity of more than 350 neurons in the bats' hippocampi. Similar experiments were done where an inanimate object, taking the place of the demonstrator bat, was moved to one of the landing balls to indicate the right course to the observer bat.

By comparing differences in neural activity between the two different landing sites, as well as live bats versus inanimate objects, researchers were able to identify a subset of cells in the observer bat that specifically encode the spatial location of the demonstrator bat. The authors observed a number of differences between the neural representation of another bat as compared to the inanimate objects. For example, neurons tended to exhibit higher "spatial resolution" when encoding the space of a bat compared to an object.

In a second study, researchers designed an experiment where, in a maze, one rat (a "self" rat) was required to choose to go left or right to retrieve a reward based on the location of a second rat (an "other" rat). The self rat was trained in two different scenarios, receiving a reward when it went to the same side of the maze where the other rat resided, or receiving one when it went to the opposite side. The researchers used these differences in spatial goals and locations to identify neurons in the hippocampus that specifically encoded the position of the other rat.