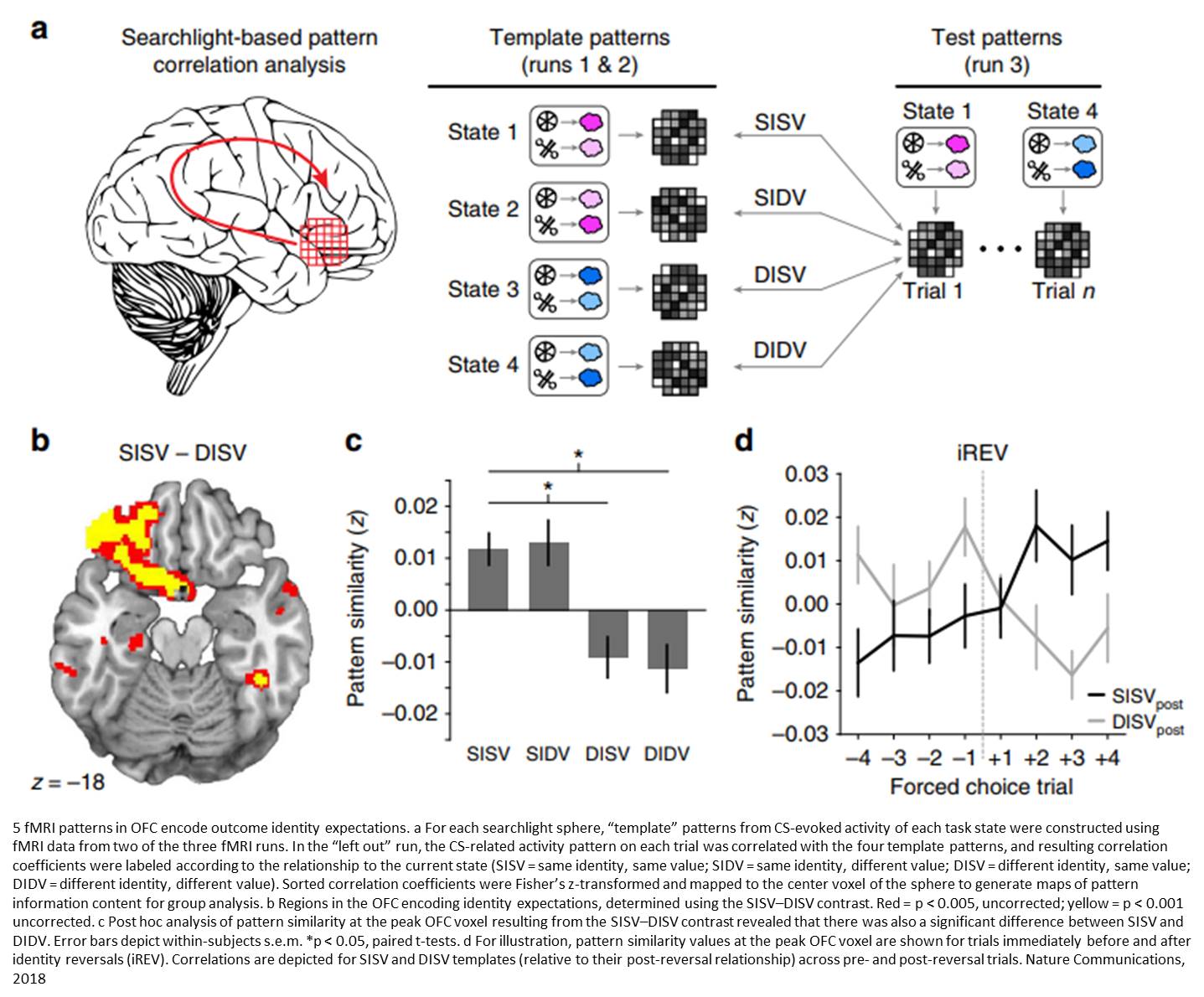 "Whenever there's a mismatch between what we expect to experience and what we actually experience, our brain has to register the error and update our expectation. These changing expectations are fundamental for making decisions. Now we know how this happens in the brain" says the senior author.

Senior author said. "Your midbrain responds to the error, and the orbitofrontal cortex updates the information, so you know what to expect tomorrow."

The paper describing the human midbrain's role in identity expectations is published in Nature Communications.

Previous research has identified the midbrain's role in learning about preferences. This is the first paper to show its role in encoding identity errors and how those are used to update expectations in the orbitofrontal cortex.

The senior author believes these identity errors are encoded by dopamine neurons because these neurons also encode errors that relate to our preferences. Presumably, dopamine is released at the neuron's axon terminal in the orbitofrontal cortex where it updates the identity information.

In addition, a recent paper reporting a similar experiment in rodents showed dopamine neurons in the midbrain encode errors in identity expectations.

To create different identities of outcomes, the scientists used odors corresponding to sweet and savory foods. Hungry participants learned associations between visual stimuli and these food odors by observing pairs repeatedly. Unexpectedly to the participant, after some time researchers changed the identity of the expected odor. They presented a different food odor (e.g., pot roast), after participants saw a visual stimulus that was previously paired with a different odor (e.g., caramel).

Once the association between the stimulus and the odor was changed, these "identity expectations" changed accordingly. Further analyses showed that identity expectations in the orbitofrontal cortex changed proportionally to the size of responses in the midbrain. The innate immune system may be able to be trained to react to viral infections more efficiently by repeated exposure to anti-viral signaling molecules.

Mammalian cells seem to be able to memorize anti-viral stimulation at the level of DNA-packaging molecules, enabling faster and greater activation of anti-viral genes in subsequent stimulations, according to a study published in PNAS. The senior…