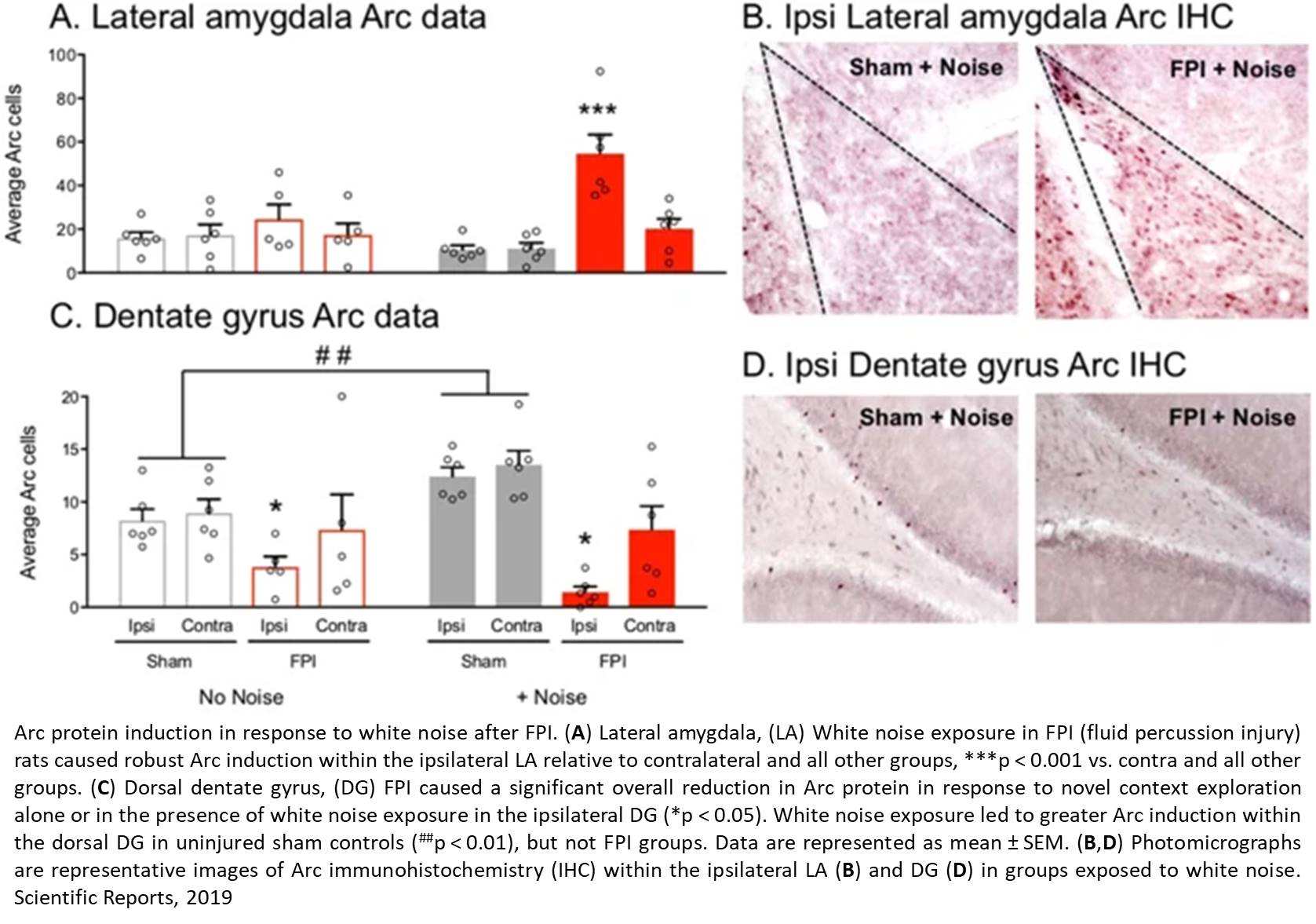 Post-traumatic stress disorder in U.S. military members frequently follows a concussion-like brain injury. Until now, it has been unclear why. A team of psychologists and neurologists reports that a traumatic brain injury causes changes in a brain region called the amygdala; and the brain processes fear differently after such an injury.

"Is one causing the other, and how does that occur?" asked senior author. "We're learning."

Two groups of rats were studied. Through surgery, a concussion-like brain injury was produced in 19 of the rats. Sixteen other rats -- a control group -- also had the surgery, but did not sustain a brain injury. All of the rats were then exposed to a low level of noise, followed by a series of moderate, brief foot shocks. The foot shocks were frightening to the rats, but not very painful, the author said. Because the rats learned to associate the noise with the shock, they became afraid of the noise.

Rats tend to stand still when they experience fear. When they recall a frightening memory, they freeze. Their heart rate and blood pressure go up -- and the stronger the memory, the more they freeze, the author said. On the experiment's third day, the researchers again exposed the rats to the same place where they had been shocked, but did not give them any additional shocks, and studied their reactions.

The rats in the control group did freeze, but the rats that received the brain injury froze for a much longer time. The researchers discovered that even without receiving a foot shock, the rats that had a brain injury showed a fear response to the noise.

"Sensitivity to noise is a common symptom after concussion, which suggested to us that this might partly explain why fear reactions to certain stimuli are increased after brain injury," said the lead author of the research, which is published in the journal Scientific Reports.

"It's almost as if the white noise acted like the shock," the senior author said. "The noise itself became scary to them, even though it wasn't much noise. They treated it almost like a shock."

The amygdala is made up of neurons, and a rat's amygdala has about 60,000. The researchers discovered that five times as many neurons in the amygdala were active during the white noise in the rats with the brain injury than in the control group, the lead said.

Another new discovery the researchers report is that after the traumatic brain injury, the brain processes sounds from a more primitive part of the brain -- the thalamus -- than from a more sophisticated, highly evolved area of the brain -- the auditory cortex. The thalamus provides a more simplistic, crude representation of sound than the auditory cortex. About four times as many neurons were active in a network from the thalamus to the amygdala in the rats with the injury than in the control group rats, the lead said.

The study raises the question of whether it is possible to get the brain's amygdala back to normal following a concussion-like injury, perhaps through behavioral therapy or a pharmaceutical. If so, that could benefit members of the military, as well as civilians who have had serious brain injuries, the senior author said. The  team will continue their research in an effort to answer this question.