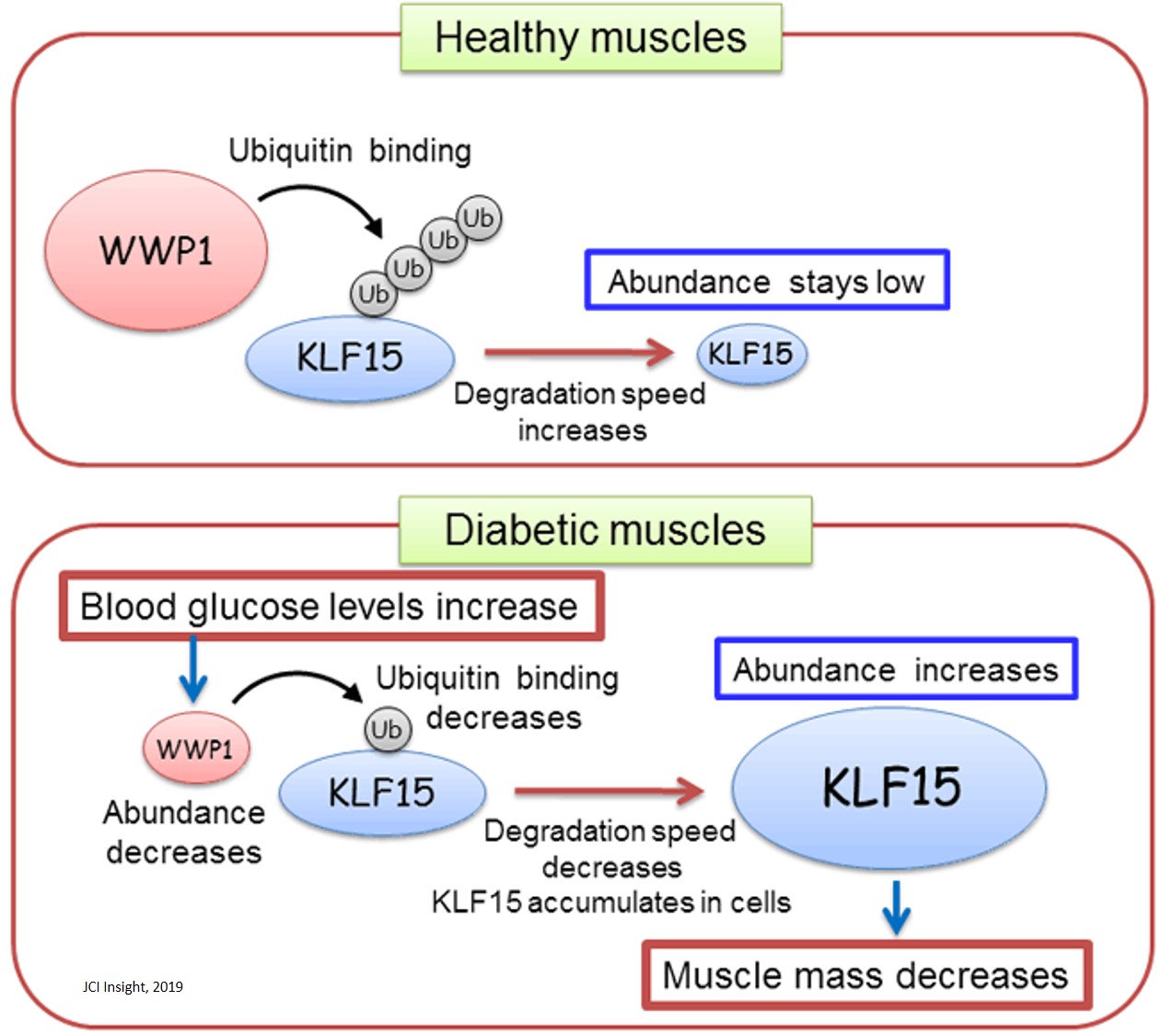 Diabetes mellitus is associated with various health problems including decline in skeletal muscle mass. A research group revealed that elevation of blood sugar levels leads to muscle atrophy and that two proteins, WWP1 and KLF15, play key roles in this phenomenon. These findings were published in JCI Insight.

We already knew that patients with diabetes mellitus are prone to muscle loss as they age, but an underlining mechanism for this phenomenon remains unclear. Diabetes mellitus is a disease caused by insufficient action of the hormone insulin. Insulin not only lowers blood sugar levels, but promotes the growth and proliferation of cells; insufficient action of insulin has been thought to result in the suppression of growth and proliferation of muscle cells, which in turn contribute to the decline in skeletal muscle mass.

The team made the surprising discovery that a rise in blood sugar levels triggers the decline in muscle mass, and uncovered the important roles of two proteins in this phenomenon. They found that the levels of transcription factor KLF15 increased in skeletal muscle of diabetic mice, and mice that lack KLF15 specifically in muscle were resistant to diabetes-induced skeletal muscle mass decline. These results indicate that diabetes-induced muscle loss is attributable to increased amounts of KLF15.