How different brain cell types contribute to our movements 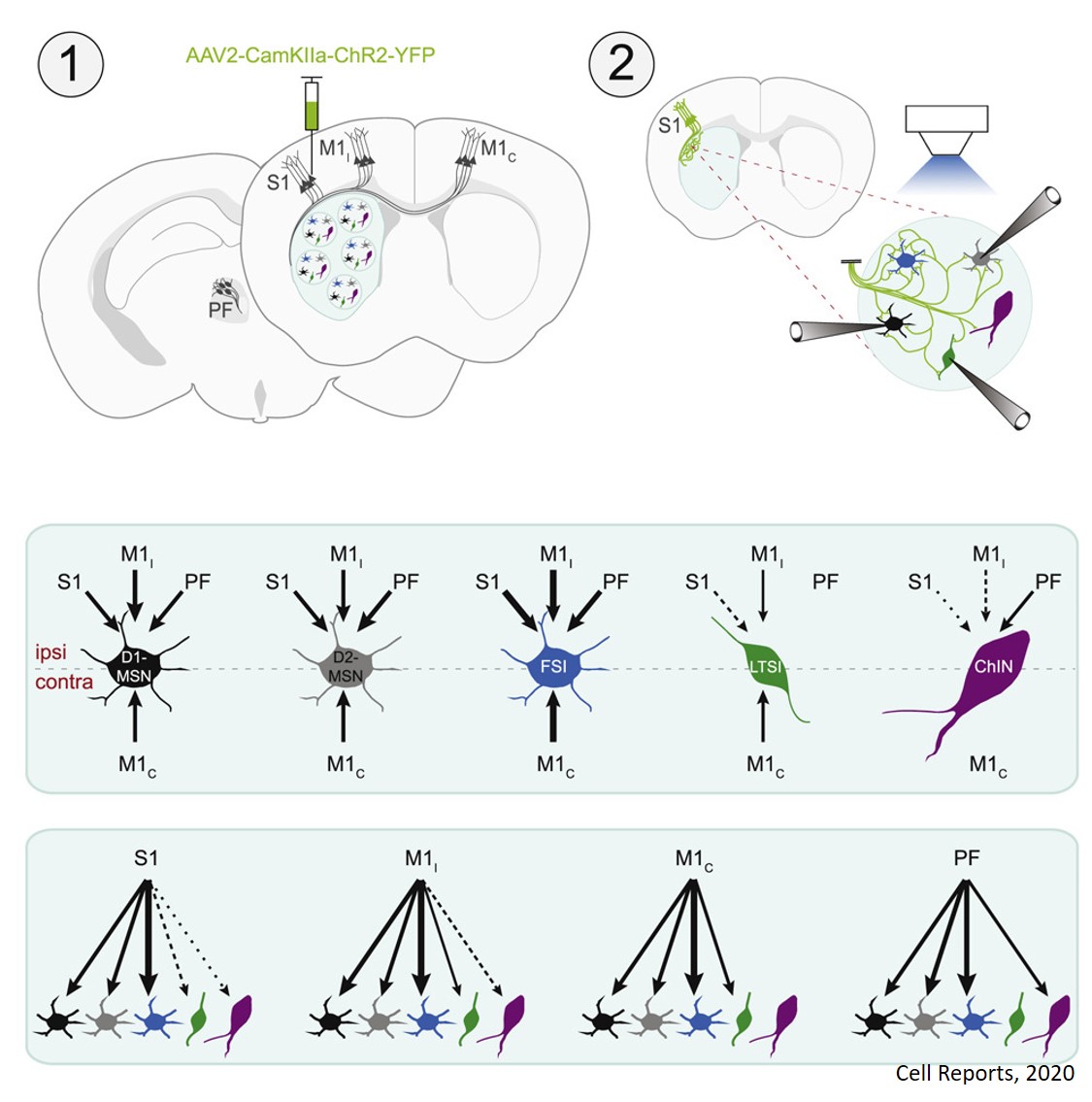 Researchers have mapped how different nerve cells in the brain area striatum process information to plan and execute our movements at just the right time and with the right vigor. The results, presented in the journal Cell Reports, show that different cell types in the striatum receive signals from completely different parts of the cerebral cortex and thus respond to different types of information.

Many behaviors occur in response to sensory input from our environment. For example, when playing a new piece on the piano, we adjust our finger movements according to the sound we hear and the sensory feedback from the keys. Researchers aimed to increase our understanding of how this works by studying the neuronal network that allows us to align our planned movements to sensory information such as touch. The nerve cells (neurons) that underlie this function are in the striatum, which is part of a larger structure in the brain called the basal ganglia.

While playing piano, sensory feedback from our fingertips is processed in the somatosensory cortex, the brain area specialised for touch. Movements are planned in a separate part of the brain called motor cortex. Information from the somatosensory cortex, the motor cortex and other brain areas such as thalamus are sent to the striatum, which is the first instance where movement plans and sensory information are combined. Based on the broad information delivered by these inputs, the striatum is able to generate a precisely timed output signal that is sent back to the muscles and allows us to press the next keys correctly on the piano.

"Although it has long been known that the striatum is composed of different types of nerve cells, it is unclear how striatal cells achieve this complex function," says the graduate student. "To address this question, we asked which striatal cell populations process which incoming information."

The researchers have used optogenetics, among other technologies, to analyze which of five important cell types in the striatum are responsible for the communication from the motor cortex, the somatosensory cortex and the thalamus.

Studies on mice revealed that striatal medium spiny neurons strongly respond to sensory inputs representing a sensation of touch. Another class of striatal neurons, the low-threshold spiking interneurons, hardly respond to inputs carrying sensory information but are strongly activated by inputs from motor cortex. In sharp contrast, cholinergic interneurons respond most strongly to thalamic inputs which are thought to notify us that something important is happening in our environment.

The researchers also found that the responses of the different neuron classes are mediated by different receptor compositions. As some receptors open faster than others, the receptors strongly shape the timing of the response.

The findings shed new light on how the striatum is systematically processing the vast amount of information that it receives.

"Our work shows that the flow of information into the striatal network is highly organized and that the properties of the numerous inputs targeting different striatal neuron populations are pathway-specific," says the senior author.