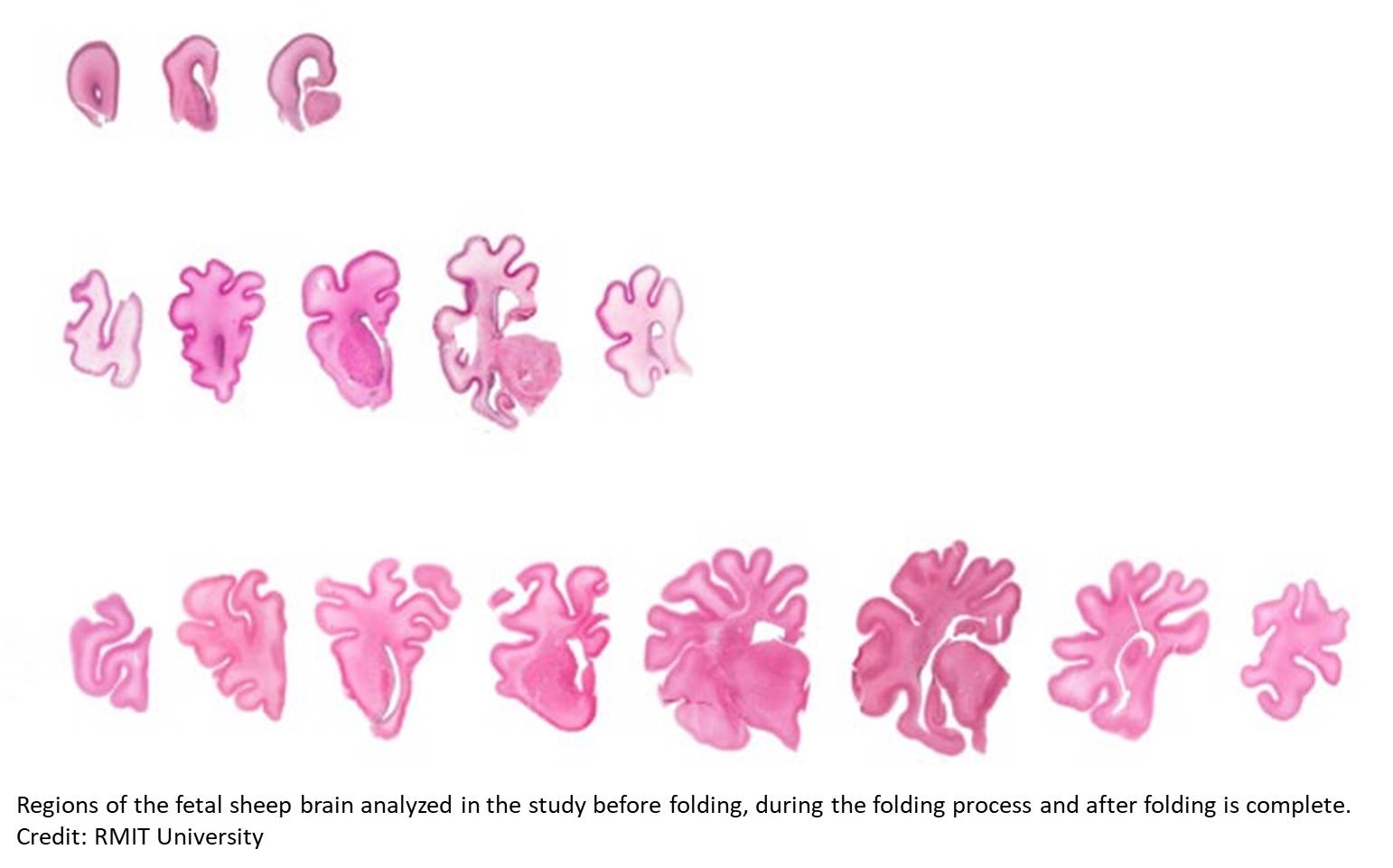 New research is helping unlock the mystery of how the brain folds as a baby develops in the womb - a process critical to healthy brain function. Misfolding of the brain is linked with many neurological conditions including autism, anorexia, epilepsy and schizophrenia.

While we know folds are essential to how a healthy human brain works, scientists are only beginning to understand what drives the folding process and why it goes wrong.

A new pre-clinical study has for the first time identified the genes linked with the development of the two types of brain folds - inward and outward - in the grey matter of the brain.

Co-chief investigator said there were currently no therapies for the prevention or treatment of brain misfolding and no early test to detect problems before folding begins.

"We know folding happens in the second and third trimester of pregnancy and that all human brains fold along largely the same patterns," said the author.

"This suggests the process is heavily controlled by our genes but we're only starting to understand how - it's like having an intricately folded piece of origami that's missing the instructions.
"Our study is a critical step towards fully understanding those genetic instructions, by pinpointing which genes are linked with fold development.

"The next step is to determine the precise role these genes play in the process, so we can work towards identifying potential therapeutic targets and develop interventions to prevent and fix misfolding in the brain."

Previous brain folding studies have focused on white matter or looked at animals with smooth brains rather than folded ones, but have largely overlooked grey matter. Grey matter is made up of neuron bodies and their connecting arms, while white matter is composed of the neurons' long nerve fibres and their protective layer of fat.

While the science of folding is still unclear, the latest evidence suggests grey matter in the developing brain expands faster than white matter, creating mechanical instability that leads to brain folding.

But the resulting "hill" and "valley" folds are not random - they follow a similar pattern in all folded brains of the same species.

The new study focused on sheep brains, which fold in the womb like the human brain. Researchers investigated the genetic and microstructural differences in future grey matter, the cortical plate, in the parts of the brain just beneath the "hills" and "valleys".

The areas were analysed at three points of development - when the brain was smooth, semi-folded and fully folded.

"Together, these genetic expression patterns might explain why the cortical folding pattern is so consistent between individuals of the same species."

The areal density of BDNF, CDK5, and NeuroD6 immunopositive cells were increased, and HDAC5 and MeCP2 mRNA levels were decreased in the central plate (CP) below gyri compared with sulci during gyrification, but not before. Only the areal density of BDNF-immunopositive cells remained increased after gyrification. MAP2 immunoreactivity and neurite outgrowth were also increased in the CP below gyri compared with sulci at GA 90, and this was associated with microstructural changes assessed via diffusion tensor imaging and neurite orientation dispersion and density imaging at GA 98.

These genetic differences are also correlated with changes in grey matter neurons, with the study finding variations in the number of arms - or dendrites - that neurons grow in these regions during the folding process.

"We believe the regions that fold outward and inward are programmed to behave differently, and the shape of the neurons affects the way these areas fold. Untangling these connections will be focus of the next stage of this research," the author said.