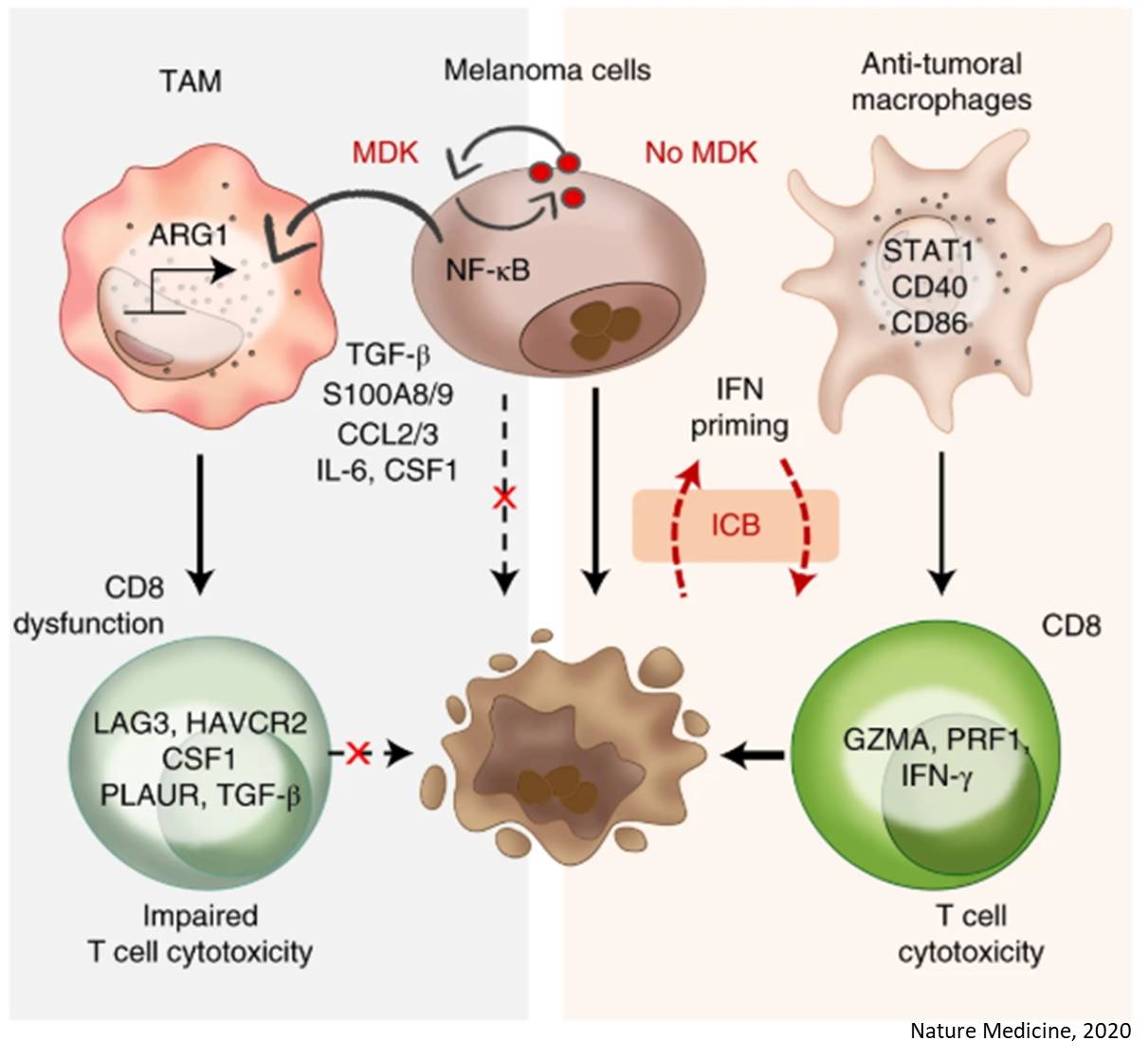 The sophisticated human immune system has evolved to become an effective protection system against a great number of diseases, cancer being one of them. The immune system recognises and destroys cancer cells using a monitoring process called immunological surveillance. However, like Dr Jekyll and his alter ego Mr Hyde, the immune system sometimes takes on an alternate personality and favours tumour development instead of destroying cancerous cells. This dual behaviour makes it difficult to detect prognosis indicators and targets for drug development. In fact, one of the big challenges in oncology is the development of better, more effective immunotherapy.

A research team has taken an important step forward, discovering what melanoma cells do to remain undetected by the immune system, which does not attack them and even transforms into an ally. The study, published in Nature Medicine, may have interesting clinical implications and its findings can be applied to other cancer types.

In 2017, the researchers in the Group found that the MIDKINE protein plays an essential role in melanoma metastasis, so much so that its activation determines the tumour's potential to metastasise. Actually, melanoma has a very high potential to metastasise early. The researchers analysed the expression of MIDKINE in a novel animal model and found that higher expression of this protein is related to higher metastasis potential, while blocking MIDKINE inhibits the spread of cancerous cells.

Recently, the researchers have taken an important step forward, discovering a new role of the protein in the immune system, which instead of attacking melanoma cells boosts inflammation and promotes melanoma growth.

The observations were tested in animal models: "When we blocked MIDKINE, two important types of immune cells (macrophages and T lymphocytes) began working normally again and attacked the tumour," says the author. "This means that, in treating patients with melanoma, we should take a dual therapeutic approach". Taking the brakes off an immune response, that is, using immune checkpoint inhibitors, is not enough. "MIDKINE should be inhibited as well, so that the defence system can regain its normal functions".

"We also studied other tumours, like glioma, lung cancer and kidney cancer," a co-author of the study, says. "We believe our findings will have a considerable impact in a number of diseases," the author adds.

In the last years, researchers and clinicians have made remarkable efforts to enhance immune cells' cancer-fighting capabilities. However, even though in some cases immunotherapies are highly successful, this approach needs to be further developed. For example, it has proven ineffective in treating pancreatic cancer, while in the case of melanoma, around 60% of patients respond to treatment.

These differences in tumour response to immunotherapy led to the classification of tumours as hot or cold. Some "hot tumours do not fully respond to treatment, a fact we could not understand before," says the first author of the study. "Our results contribute to explain the reasons why this is so, and they will help increase the effectiveness of immunotherapy for these tumours."

Novel mechanism that cause protein clumping in brain diseases Immigration to the United States changes a person's microbiome Exosomes 'swarm' to protect against bacteria inhaled through the nose