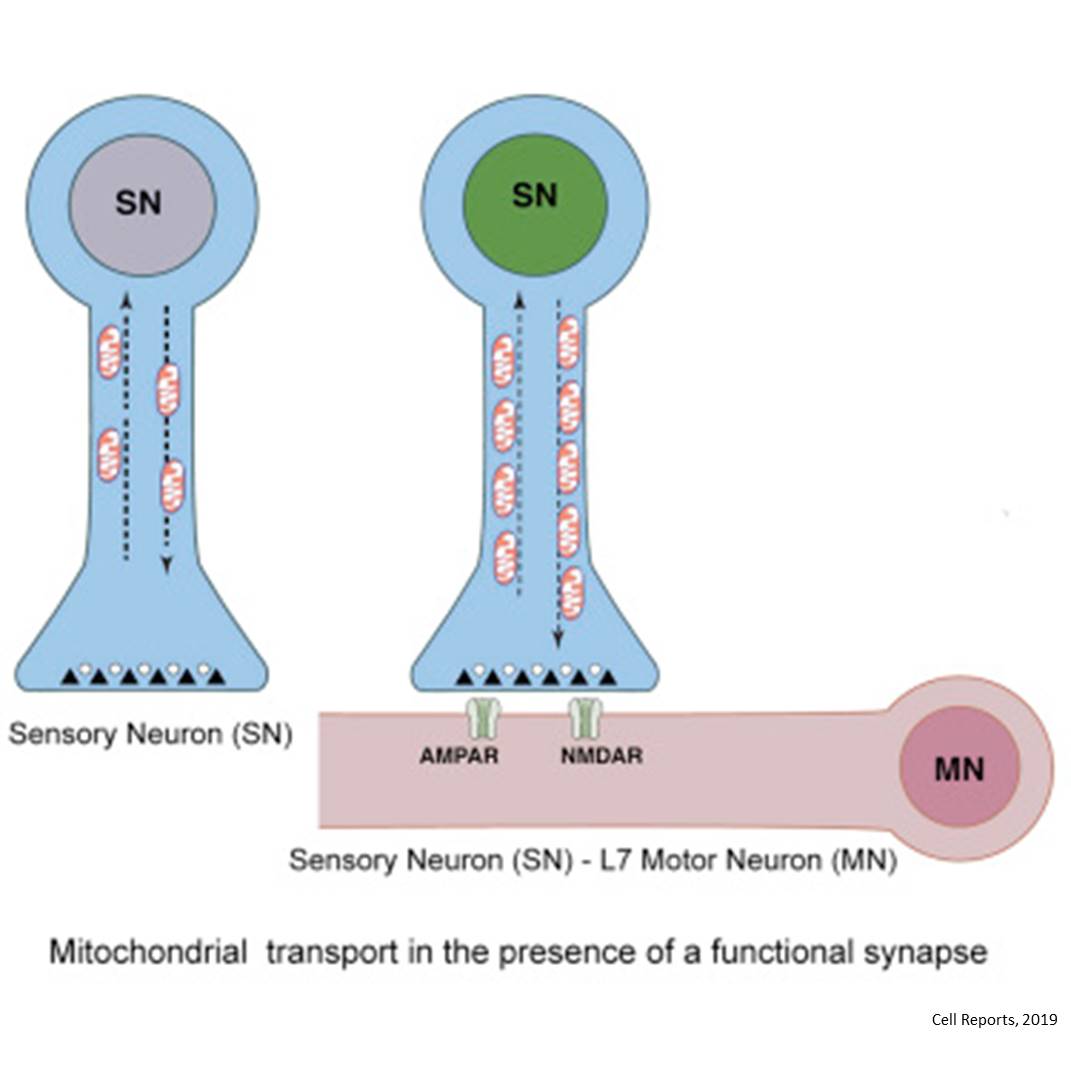 Your cells have an amazing ability--they can build their own energy factories, called mitochondria. Once built, mitochondria must move where needed in the cell. Defects in mitochondrial transport are a suspected cause of diseases including Alzheimer's, ALS, Huntington's and Parkinson's.

Scientists have discovered how neurons manage this important process by studying cells from Aplysia californica, a type of sea slug used in neuroscience research. The paper, published as the cover story in the journal Cell Reports, may help open the door to new therapies to improve mitochondrial transport, says neuroscientist and senior author of the new study.

The team wanted to uncover the mechanism in cells that starts the transport process. To do this, the team monitored mitochondrial transport as they tried activating different signaling pathways. The experiments led the researchers to pinpoint a signaling pathway called cAMP as a major player. Once a neuron has grown a synapse, cAMP is activated and appears to step in to enhance mitochondrial transport.

Significantly, the team found that the pre-synaptic neuron alters expression of around 4,000 genes (possibly around 20 percent of the genes it has) as it makes new mitochondria.

This identity shift appears persistent, too--the cell doesn't just make mitochondria in a quick burst. Instead, protein synthesis permanently changes to support the building and transport of new mitochondria. This supports the previous finding that a massive amount of energy is needed to maintain pre-synaptic function and keep the cell communicating with its neighbors.

This discovery was surprising for two reasons: First, the realization that mitochondrial transport increased after the synapse was built, not before. Both processes require a lot of energy, so it was interesting to discover that maintaining the synapse seems to require more energy than the initial building process.

Also, the researchers did not expect to see the production of so many new mitochondria. Many scientists had assumed that enhancing transport would simply jump-start the movement of the many mitochondria that tend to stall along transport lines.

The senior author says future studies could look at how to design a drug therapy to enhance transport in diseases where transport is defective. The team is also studying how mitochondrial transport changes in response to learning and memory formation.

ImportOmics to analyze the import of proteins into cellular compartments An immunity gene evolved in Southeast Asia to protect against leprosy