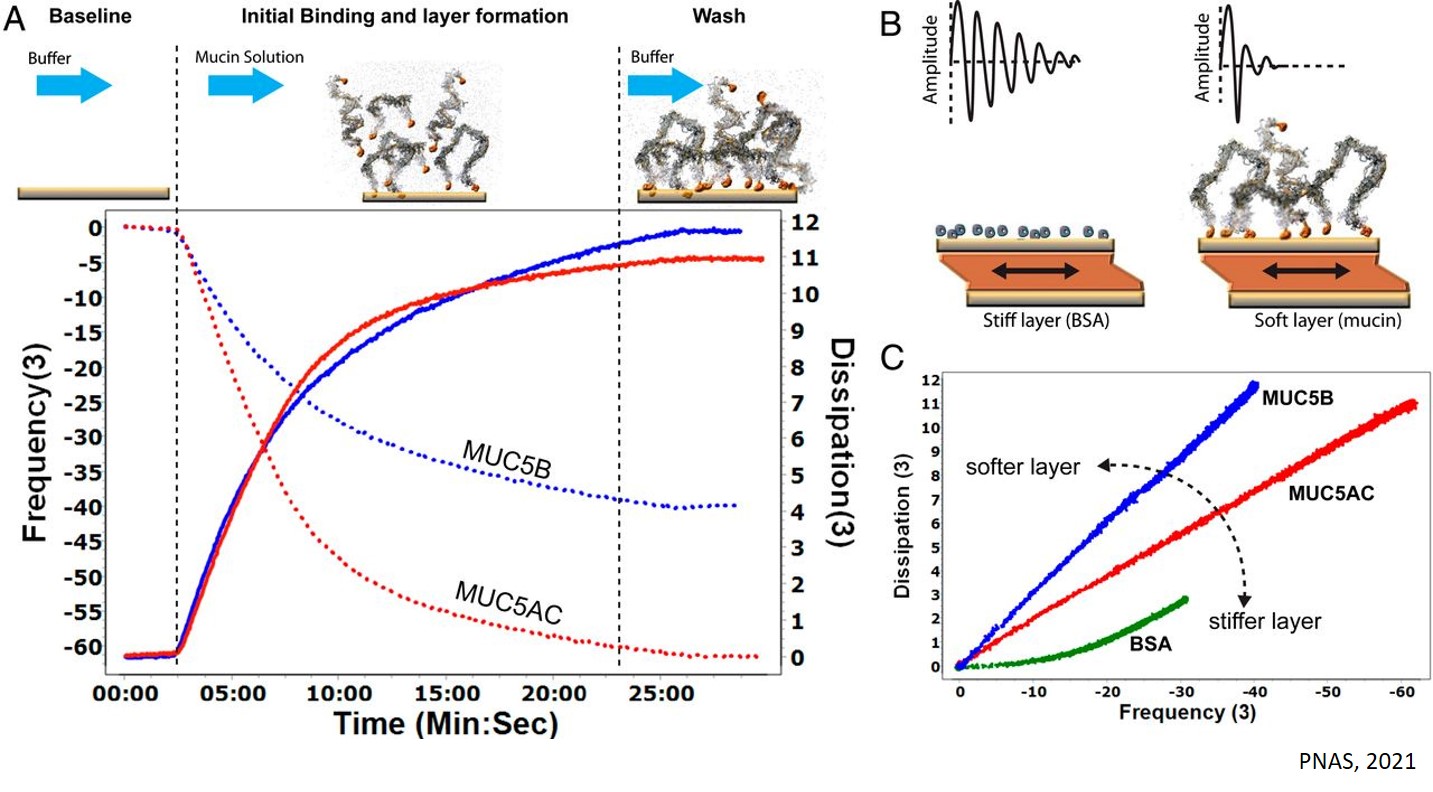 Mucus is an essential protective layer of gel-like liquid composed largely of proteins called mucins throughout our airways. One of them, called MUC5B, is crucial for the innate defense against the various things we inhale. But another mucin, called MUC5AC, generally increases disproportionately in response to cigarette smoke and allergens, adding to health problems. For the first time, scientists have discovered how MUC5AC emerges to disrupt airways of individuals suffering from lung conditions, such as chronic obstructive pulmonary disease (COPD) and asthma.

The findings, published in the Proceedings of the National Academy of Sciences (PNAS), suggest that MUC5AC could become a target of better therapeutics to untangle the super thick and sticky mucus that plays a role in health problems for millions of people suffering from pulmonary conditions.

“Currently, it is almost impossible to prevent the progression of chronic obstructive airway diseases; we need better therapeutic approaches,” said senior author. “MUC5AC seems to be crucial to the formation of stagnant, thicker mucus we see in pulmonary diseases, such as chronic bronchitis and asthma, and we think it should become a target of drug development for a host of conditions.”

We might only notice mucus when there’s too much of it; such as when we get a cold and the seeming overproduction of mucus is the natural response to a virus. But for proper health, mucus layers throughout the body are vital, and because that’s true, so are the mucin proteins that make mucus, mucus.

The mucin composition of mucus lining different surfaces depends on the functional requirements of each surface, also known as the epithelium. For instance, in the small intestine and colon, which harbor diverse microbes, the mucin MUC2 is adapted to form a “tight mucus layer” that provides a niche for the microbes and protects the underlying epithelium from bacterial invasion. In the stomach, MUC6 and MUC5AC together provide a barrier that protects the epithelium from the harsh effects of high acidity. The mouth, which is a major portal of food and microbes, is protected by saliva and the dominant gel-forming mucin is MUC5B.

Throughout the respiratory system, MUC5B and MUC5AC are expressed in distinct patterns depending on the requirements of each part of this complex system. Specific glands under the mucosal layer secrete MUC5B, which has been shown to be essential for lung innate defense. Meanwhile, only surface cells secrete MUC5AC mainly in the larger airways. In response to chronic stresses such as cigarette smoke and allergens, however, small airways also start to secrete MUC5AC. This is why MUC5AC is closely associated with the initiation and progression of chronic muco-obstructive lung diseases, including chronic bronchitis, COPD as the authors reported recently in the Lancet Respiratory Medicine.

In the PNAS paper, the researchers describe several techniques they used to understand the distinct biochemical properties of these two mucins, and in particular how MUC5AC becomes stickier and branches into networks of static, tethered mucus seen in chronic airway health conditions.

The lab demonstrated that MUC5AC binds significantly more to surfaces that typically repel liquids – such as the surfaces in airways – and MUC5AC forms stiffer layers that are thicker and more elastic compared to layers that feature MUC5B prominently.

“We think our findings show why MUC5AC is so closely associated with the pathologies in the lung, and why MUC5AC could be a ‘bad mucin’ as compared to MUC5B,” the senior auhtor said. “Therefore, we think it should be seen as a potential target for compounds that could help preventing disease initiation and progression and improve lung function of people with chronic respiratory conditions.