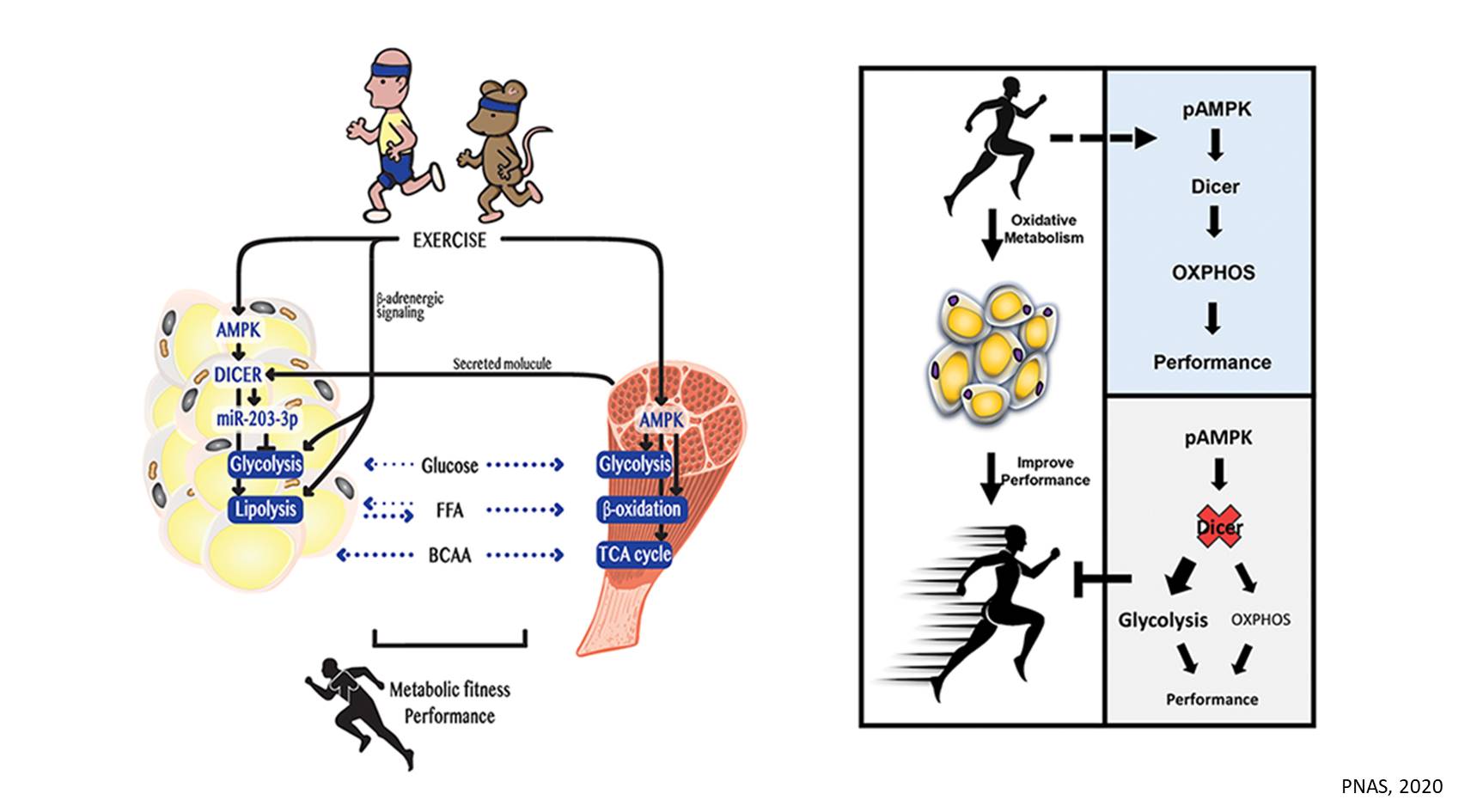 Why does exercise training make you more fit? It's well established that exercising enhances insulin sensitivity and improves our metabolism that, in turn, increases exercise performance. But the biological mechanisms underlying this adaptation are not fully understood.

New research published in the journal PNAS suggests that part of the explanation rests on how skeletal muscle and fat tissue communicate with each other.

In experiments in both mice and humans, they found that short-term exercise training increases levels of the enzyme DICER in fat cells. DICER in fat helps muscles adapt to exercise and increase performance because it primes fat cells to release fatty acids into the bloodstream that muscles need.

The scientists argue that DICER works by regulating a microRNA molecule that stops fat from utilizing glucose from the bloodstream. Their study shows that mice, which cannot produce DICER, do not get more fit from exercising, and even develop obesity.

However, if you transfer blood from previously exercised mice into non-exercised mice, it increased levels of DICER in the fat of non-exercised mice. This suggests that exercise training causes muscles to release a molecule that causes fat cells to produce more DICER.

The senior author says: "The idea that skeletal muscle signals to other tissues in response to exercise is not new, and although the specific signal from muscle remains elusive, we have identified a signalling axis between muscle and fat that is central for the adaptive response in muscle to exercise training."