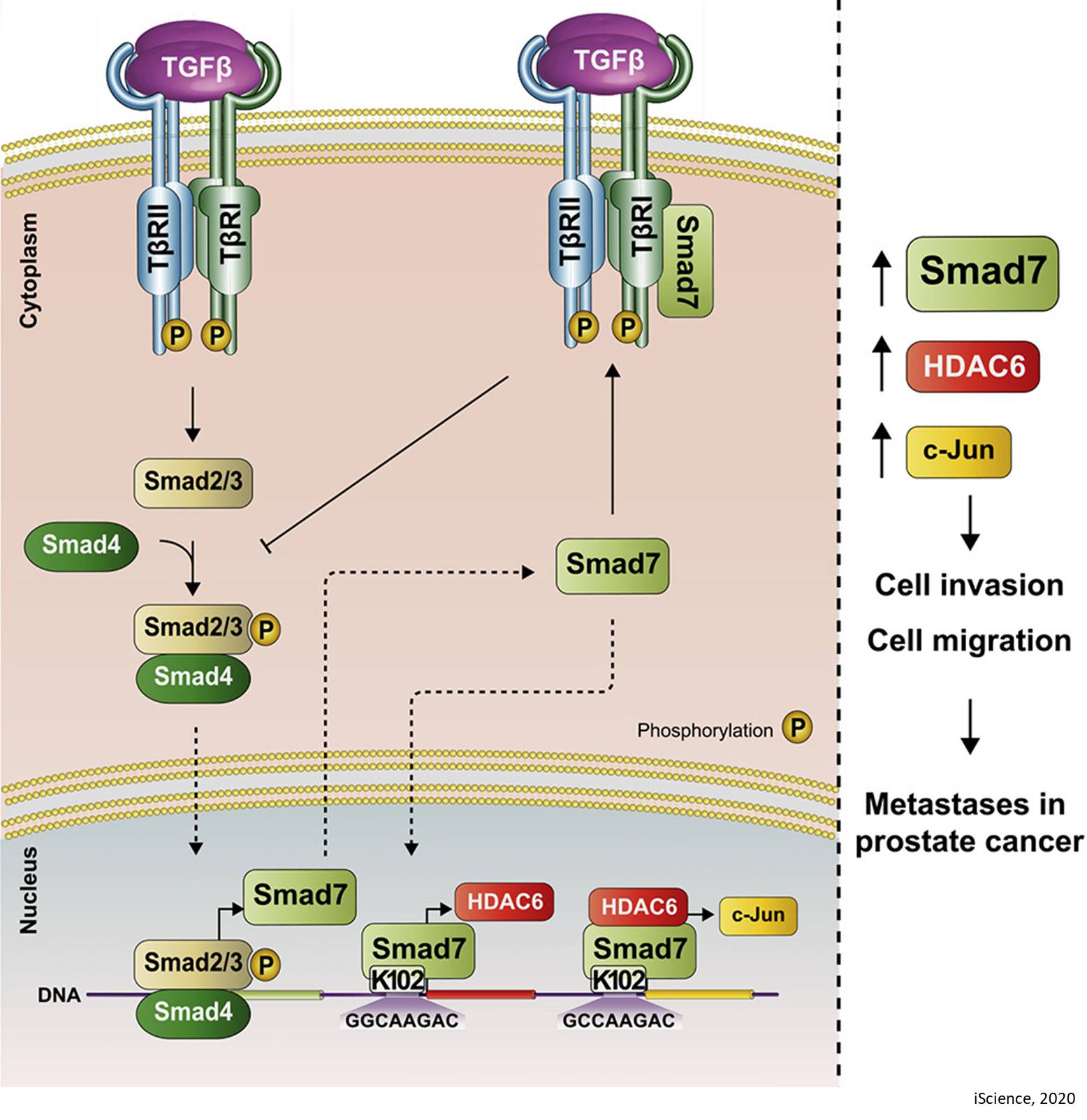 An increased awareness on a molecular level of what mechanisms prostate cancer cells use to become mobile and start spreading may in the long run provide new opportunities for treatment of aggressive prostate cancer.

"We can show that one specific amino acid in a signalling molecule plays an important role in mobilising the cancer cells and in that way increase the risk of metastases," says the senior author.

This research has studied the growth factor TGF-β, Transforming Growth Factor Beta, which regulates how cells grow and specialise. Previous studies have shown an overproduction of TGF-β in many cancer forms, one being prostate cancer. High levels of TGF-β have proven to be strongly linked with poor prognosis and low survival rates as a consequence of the growth factor stimulating cancer cells to spread in the human body and cause life-threatening secondary tumors - so-called metastases.

TGF-β regulates the expression of the protein Smad7 - an active component in the TGF-β signalling chain. In healthy cells, Smad7 can prevent continued TGF-β signalling via negative feedback. However, the research group  can now show, contrary to previous belief, that, in cancer cells, Smad7 can reinforce the development of tumors by regulating the gene expression of HDAC6 and c-Jun.

The specific amino acid that has caught the researchers' attention is called Lys102 and is found in Smad7. This amino acid binds to particular gene-regulating functions in DNA to increase production of the gene expression HDAC6 and c-Jun. This has the effect that cancer cells become more mobile and more prone to form metastases. Researchers have been able to see a clear connection between all these variables and a negative prognosis for prostate cancer.

"The good news is that by using treatment with an HDAC6 inhibitor, we can make prostate cancer cells lose their mobility. In that way, novel opportunities can open up for treatments that reduce the risk of metastases," says the senior author.

Clinical trials are now taking place in the UK to find specific HDAC6 inhibitors in patients with solid tumors, which means that treatments using HDAC6 inhibitors can become a complement in the cancer treatment of patients with hard-to-treat forms of disease. Future studies can explore the benefit of indicating expressions of Smad7, HDAC6 and c-Jun to enable new and more specific treatments for men with aggressive prostate cancer.

The study also shows an entirely new function of Smad7 in the way that it can recruit Smad2 and Smad3 to the place of transcription for these genes. Previously, it has been thought that Smad7 held the role of inhibitor for TGF beta-Smad2/3 transcriptional activity.