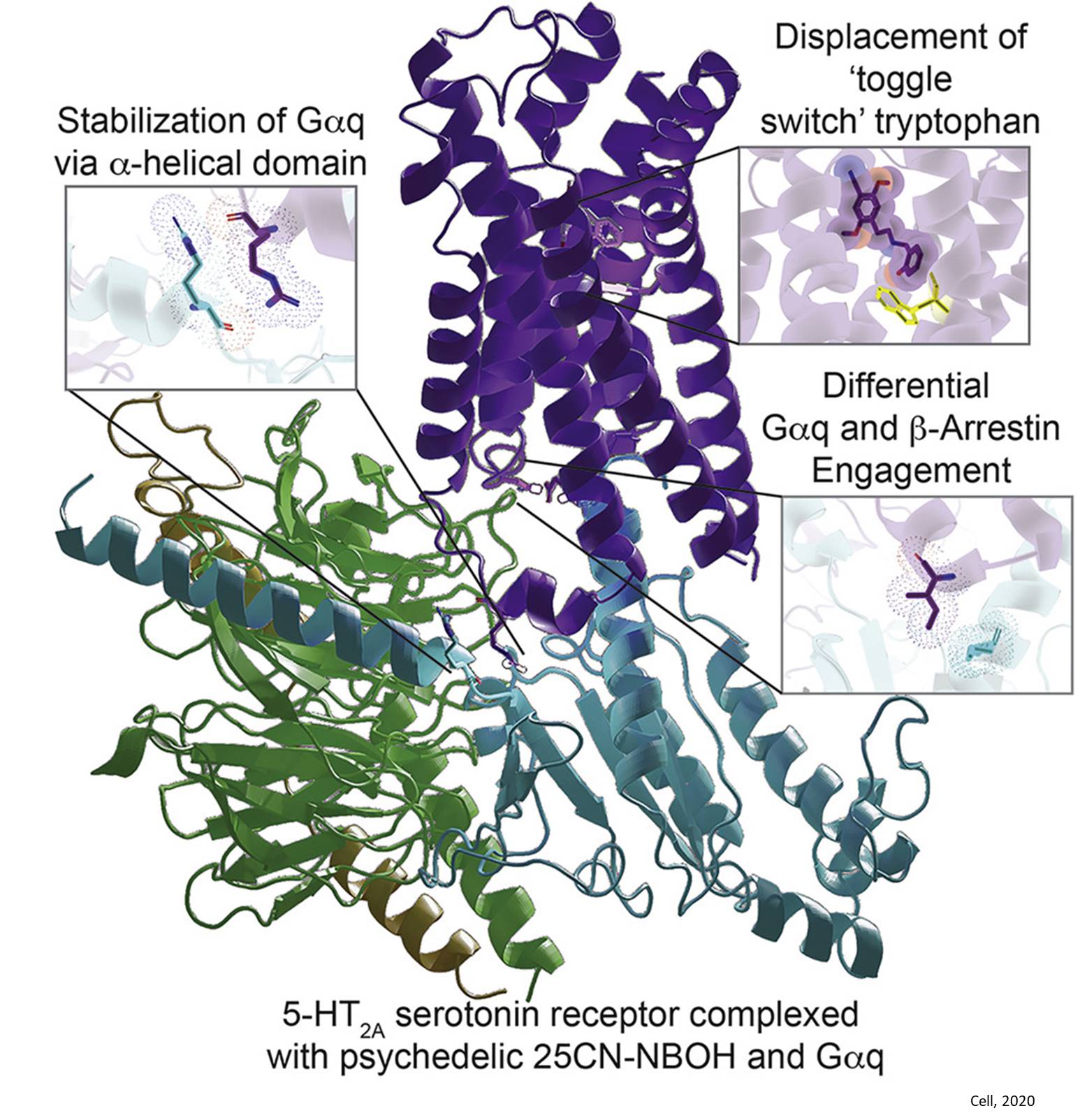 Psychedelic drugs such as LSD, psilocybin, and mescaline cause severe and often long-lasting hallucinations, but they show great potential in treating serious psychiatric conditions, such as major depressive disorder. To fully investigate this potential, scientists need to know how these drugs interact with brain cells at the molecular level to cause their dramatic biological effects.

For the first time, scientists solved the high-resolution structure of these compounds when they are actively bound to the 5-HT2A serotonin receptor (HTR2A) on the surface of brain cells.

This discovery, published in Cell, is already leading to the exploration of more precise compounds that could eliminate hallucinations but still have strong therapeutic effects. Also, scientists could effectively alter the chemical composition of drugs such as LSD and psilocybin - the psychedelic compound in mushrooms that has been granted breakthrough status by the FDA to treat depression.

Scientists believe that activation of HTR2A, which is expressed at very high levels in the human cerebral cortex, is key to the effects of hallucinogenic drugs. "When activated, the receptors cause neurons to fire in an asynchronous and disorganized fashion, putting noise into the brain's system," said co-senior author. "We think this is the reason these drugs cause a psychedelic experience. But it isn't at all clear how these drugs exert their therapeutic actions."

The research team revealed the first X-ray crystallography structure of LSD bound to HTR2A. Importantly, investigators then used cryo-EM to uncover images of a prototypical hallucinogen, called 25-CN-NBOH, bound together with the entire receptor complex, including the effector protein Gαq. In the brain, this complex controls the release of neurotransmitters and influences many biological and neurological processes.

The cryo-EM image is like a map of the complex, which the authors used to illustrate the exact structure of HTR2A at the level of amino acids - the basic building blocks of proteins such as serotonin receptors.

The authors are now applying their findings to structure-based drug discovery for new therapeutics. One of the goals is to discover potential candidates that may be able offer therapeutic benefit without the psychedelic effects.