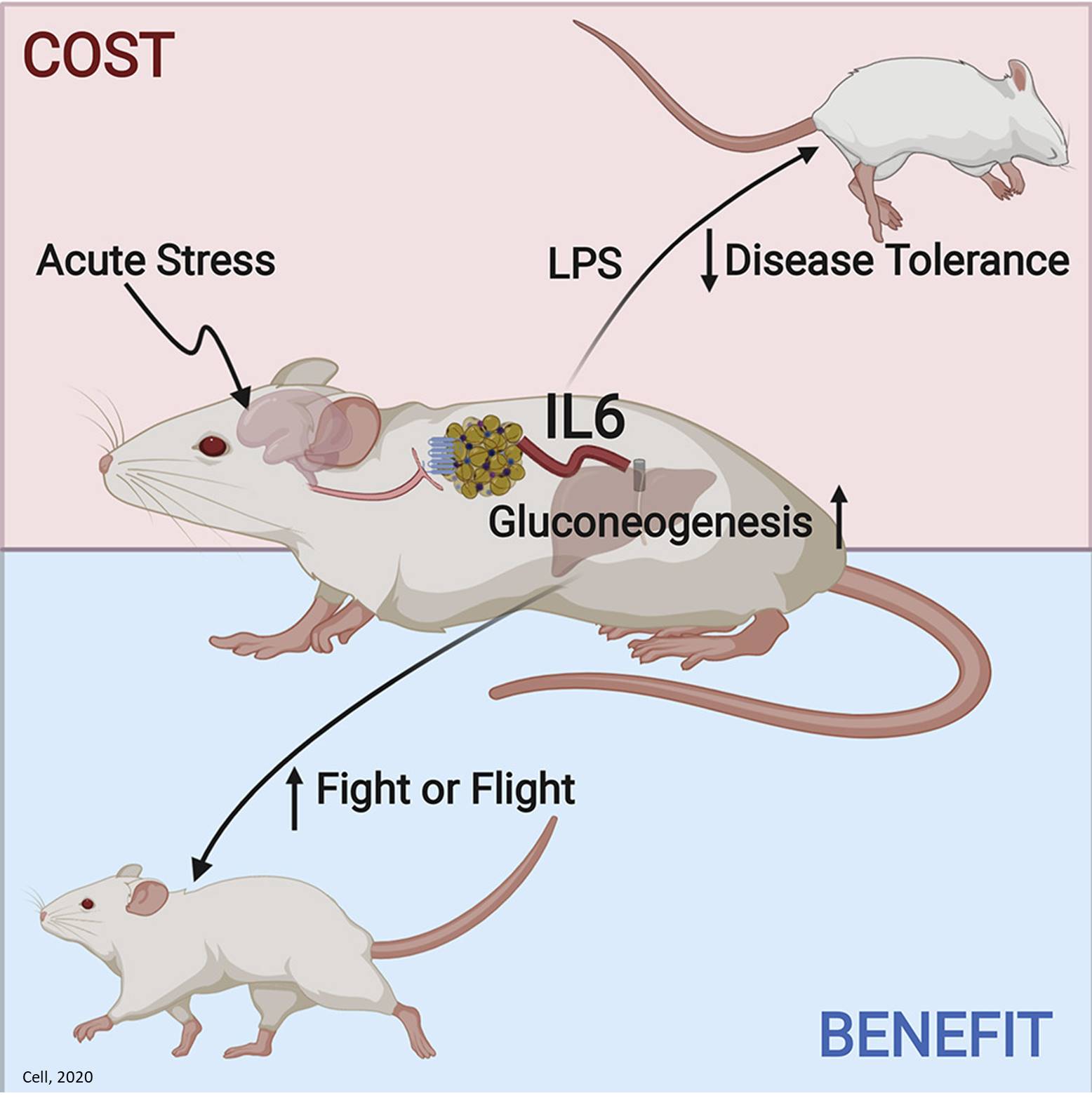 In their search for what triggers the damaging side-effects caused by acute psychological stress, the researchers found an answer by doing a fat check.

In the face of psychological stress, an immune system response that can significantly worsen inflammatory responses originates in brown fat cells, the team reports in the journal Cell.

Since the hormones associated with stress, cortisol and adrenaline, generally decrease inflammation, it has long puzzled researchers how stress can worsen health problems such as diabetes and autoimmune disease as well as depression and anxiety.

"In the clinic, we have all seen super-stressful events that make inflammatory disease worse, and that never made sense to us," said the corresponding author of the study.

Cortisol and adrenaline, hormones released in the classic "flight or fight" stress response, generally suppress the immune system, not activate it. These hormones also initiate a massive metabolic mobilization that provides fuel to the body as it addresses threats.

The scientists found that it was an immune system cell -- the cytokine interleukin-6 (IL-6) -- that triggers inflammation in times of stress. IL-6 has also been shown to play a role in autoimmune diseases, cancer, obesity, diabetes, depression and anxiety.

The researchers began to study the role of IL-6 in stress after a simple observation: When the researchers drew blood from mice, a very stressful procedure, the blood showed elevated levels of the cytokine.

In a series of experiments in mice, the researchers found that IL-6, which is usually secreted in response to infections, was induced by stress alone and worsened inflammatory responses in the stressed animals.

And to their surprise, they found that in times of stress IL-6 was secreted in brown fat cells, which are most known for their roles in regulating metabolism and body temperature. When signals from the brain to brown fat cells are blocked, stressful events no longer worsened inflammatory responses.

The researchers reasoned that IL-6 must play another role in the "fight or flight" response besides triggering inflammation. They learned it also helps prepare the body to increase production of glucose in anticipation of threats. The brown fat cell response causes IL-6 levels to peak well after the metabolic production of glucose and the release of cortisol and adrenaline. This may explain why stress can trigger inflammation even while immune-suppressing hormones are being released, the researchers said.

Blocking IL-6 production not only protected stressed mice from inflammation, it also made them less agitated when placed in a stressful environment.

The team also suspected that IL-6 may play a role in mental health disorders such as depression and anxiety. The senior author observes that many of symptoms of depression, such as loss of appetite and sex drive, mimic those caused by infectious diseases such as the flu -- so-called "sickness behaviors" -- that can be triggered by IL-6.

Existing drugs designed to treat autoimmune diseases such as rheumatoid arthritis block the activity of IL-6. Preliminary findings suggest these drugs may help alleviate symptoms of depression, the authors note. There is also preliminary evidence that IL-6 may also play a role in diabetes and obesity as well.

"There is an ever-growing literature on the role of IL-6 outside of immunity. Our work is exciting because it contributes to shortening that gap of knowledge," said said a graduate student.