How the enzyme lipoxygenase drives heart failure after heart attacks 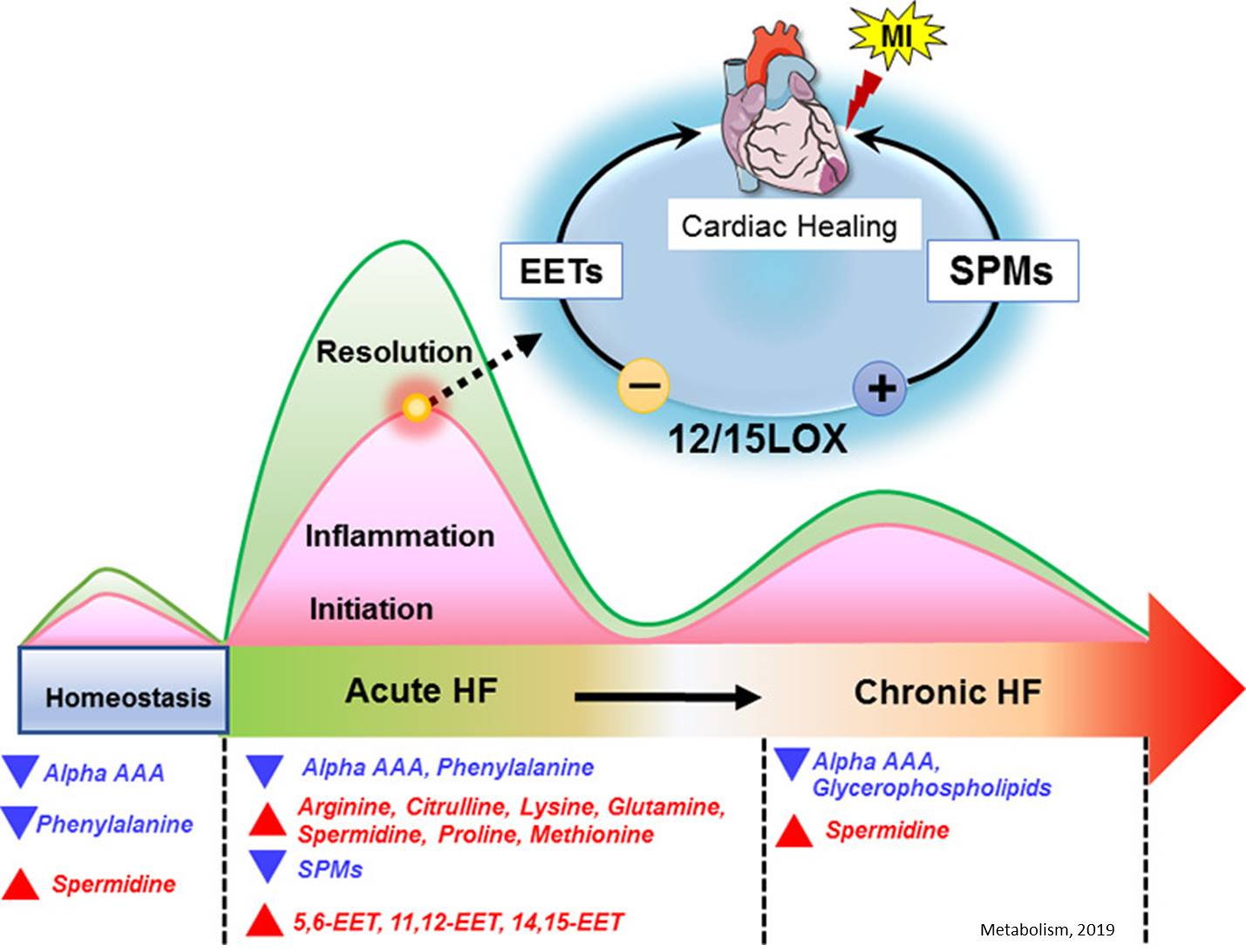 Heart failure after a heart attack is a global epidemic leading to chronic heart failure pathology. About 6 million people in the United States and 23 million worldwide suffer from this end-stage disease that involves dysfunction of the heart, a change that clinicians call cardiac remodeling. Despite medical advances, 2 to 17 percent of patients die within one year after a heart attack due to failure to resolve inflammation. More than 50 percent die within five years.

The authors are seeking ways to delay or reverse this heart failure, which comes from non-resolved chronic inflammation. Over-activated leukocytes from the spleen that rushed into the heart muscle to remove dead tissue and start repairs are not adequately calmed and do not receive a "get out" signal.

This could permit the development of a prevention plan and precise, prognostic and personalized measures to delay heart failure.

In a study now published online in the journal Metabolism: Clinical and Experimental, the researchers detail the profound lipidomic and metabolic signatures and the modified leukocyte profiling that delay heart failure progression and provide improved survival in 12/15LOX-deficient mice. Only 6 percent of the 12/15LOX-deficient mice died in the progression of chronic heart failure, 56 days after heart attack, while 38 percent of mice with normal 12/15LOX had mortality due to heart failure or rupture.

"Future studies are warranted to define the molecular network of the lipidome and metabolome in acute and chronic heart failure patients," the senior author said and notes this needs to be preceded by work with other animal models. "Collectively, our studies have discovered a novel link of LOX signaling between lipidomic and metabolic signatures in acute and chronic heart failure syndrome."