Human blood vessel organoids as a model of diabetic vasculopathy 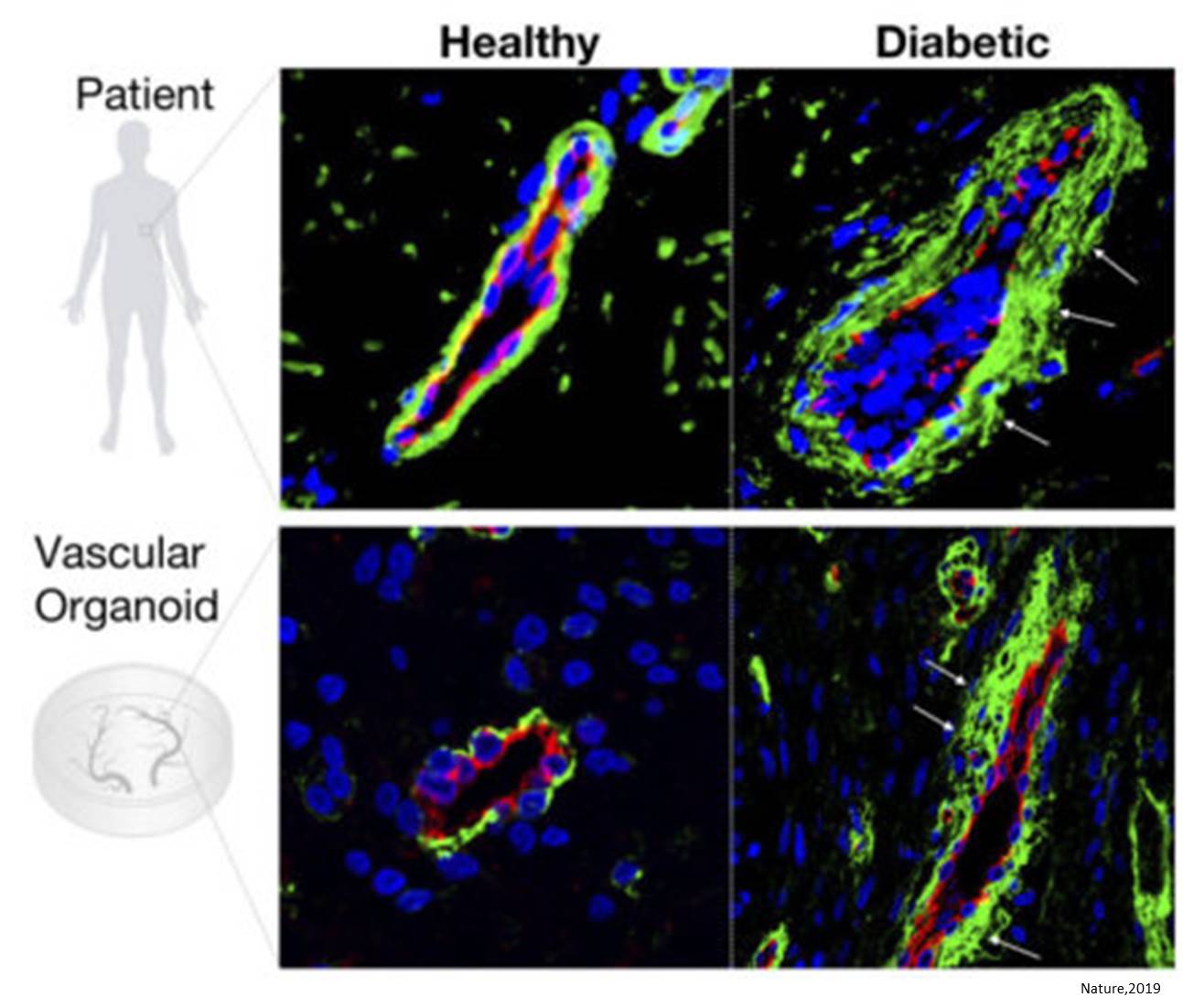 Scientists have managed to grow perfect human blood vessels as organoids in a petri dish for the first time.The breakthrough engineering technology, outlined in a new study published today in Nature, dramatically advances research of vascular diseases like diabetes, identifying a key pathway to potentially prevent changes to blood vessels--a major cause of death and morbidity among those with diabetes.

An organoid is a three-dimensional structure grown from stem cells that mimics an organ and can be used to study aspects of that organ in a petri dish.

Diabetes affects an estimated 420 million people worldwide. Many diabetic symptoms are the result of changes in blood vessels that result in impaired blood circulation and oxygen supply of tissues. Despite its prevalence, very little is known about the vascular changes arising from diabetes. This limitation has slowed the development of much-needed treatment.

To tackle this problem, researchers developed a groundbreaking model: three-dimensional human blood vessel organoids grown in a petri dish. These so-called "vascular organoids" can be cultivated using stem cells in the lab, strikingly mimicking the structure and function of real human blood vessels.

One feature of diabetes is that blood vessels show an abnormal thickening of the basement membrane. As a result, the delivery of oxygen and nutrients to cells and tissues is strongly impaired, causing a multitude of health problems, such as kidney failure, heart attacks, strokes, blindness and peripheral artery disease, leading to amputations.

The researchers say the findings could allow them to identify underlying causes of vascular disease, and to potentially develop and test new treatments for patients with diabetes.