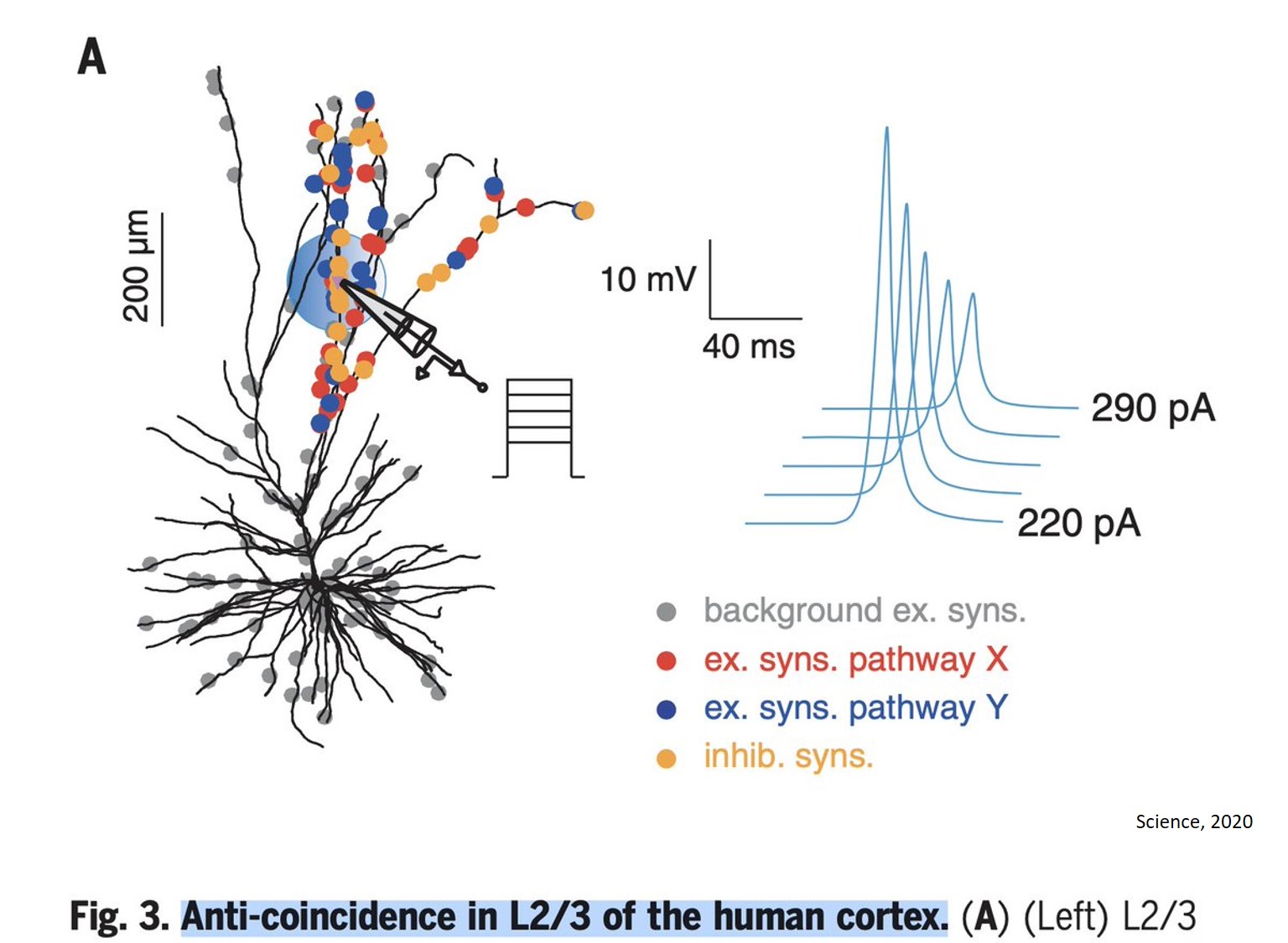 Newly discovered action potentials in neuronal dendrites neurons uniquely amplify the computational power of the human brain, according to a new study. The results provide critical insights into the physiological circuits that underpin cortical network behavior.

While it's widely understood that the active electrical properties of dendrites play a critical role in neuronal signaling and are fundamental to brain function, much of what is known about active dendrites has been gleaned from the brains of rodents.

Unlike rodent brains, however, the human brain's cortical layers are thick - particularly layer 2 and 3 (L2/3), which contains numerous neurons with large and elaborate dendritic trees.

Recent studies have shown a developmental program that drives the disproportionate thickening of L2/3 - a unique characteristic that may be fundamental to what makes us human.

The investigation revealed several previously unidentified electrical properties unique to L2/3 neurons unknown in all other neurons studied to date.

The authors. also identified a new class of dendritic calcium action potentials (dCaAPs). The findings make the activity of L2/3 dendrites far more complex than previously thought, according to the authors.

By modeling their properties, the authors demonstrate the ability of single neurons to solve computational problems that were previously thought to require multi-layer neural networks.