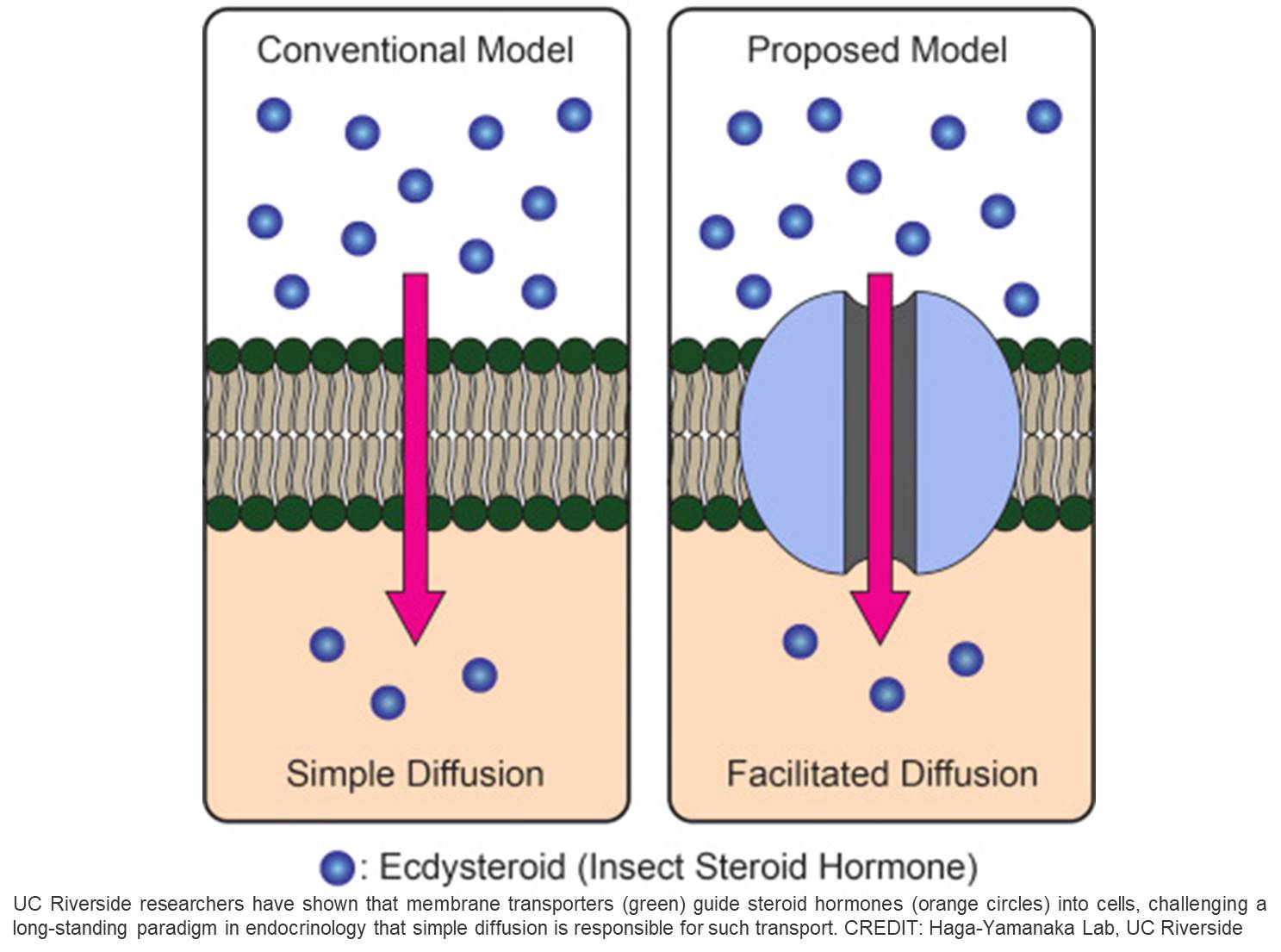 A discovery by scientists may open up new ways to control steroid hormone-mediated processes, including growth and development in insects, and sexual maturation, immunity, and cancer progression in humans.

Published in Developmental Cell, the researchers used a well-studied fruit fly model to show that a transporter protein is needed for the hormone ecdysone to pass into cells. Steroid hormones, which are produced by glands of the endocrine system, must enter cells to exert their biological effects. For decades, the consensus among scientists has been that these chemicals slip freely across cell membranes with no help from cellular transporters. Current paper challenges that, describing a defined passageway through which steroid hormones are imported into cells.

The insect hormone studied, ecdysone, activates the genes required for metamorphosis and molting as an insect moves from one stage of its life cycle to the next. Since animal development is a precise process, The senior author hypothesized that the intake of required hormones might be regulated.

"Although the simple diffusion model has been prominent for all steroid hormones to date, it seemed logical from a physiological perspective that cells would regulate ecdysone uptake to achieve better control of its concentration," the author said.

The researchers will now study the same transport pathway in mosquitoes, hoping to develop chemicals that inhibit steroid hormone entry into cells as a new way of pest control. Worldwide, mosquito-borne diseases cause millions of deaths each year, with malaria alone causing more than 400,000 deaths, according to the World Health Organization.

"If these transporters are found in humans, it will represent a paradigm shift in endocrinology," the senior author said. "It would also open up the exciting possibility of developing chemical reagents that manipulate steroid hormone entry into cells, not just in insects but in humans. This could lead to new ways to manipulate a variety of steroid-related processes ranging from immune responses to cancer progression." Link between C-section birth and risk of asthma