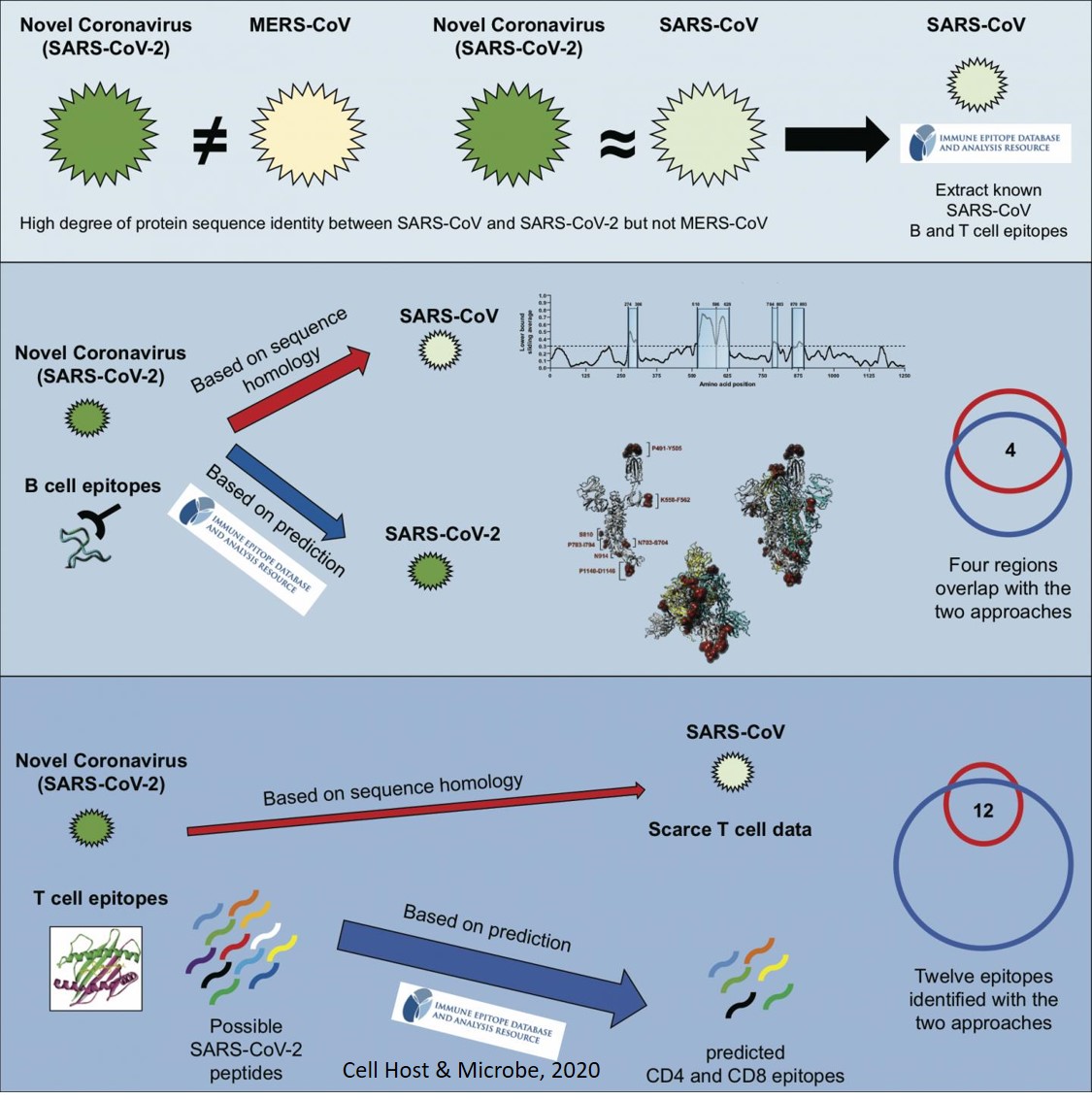 Within two months, SARS-CoV-2, a previously unknown coronavirus, has raced around globe, infecting over a 100,000 people with numbers continuing to rise quickly. Effective countermeasures require helpful tools to monitor viral spread and understand how the immune system responds to the virus.

Publishing in the journal Cell, Host and Microbe, a team of researchers provide the first analysis of potential targets for effective immune responses against the novel coronavirus. The researchers used existing data from known coronaviruses to predict which parts of SARS-CoV-2 are capable of activating the human immune system.

When the immune system encounters a bacterium or a virus, it zeroes in on tiny molecular features, so called epitopes, which allow cells of the immune system to distinguish between closely related foreign invaders and focus their attack. Having a complete map of viral epitopes and their immunogenicity is critical to researchers attempting to design new or improved vaccines to protect against COVID-19, the disease caused by SARS-CoV-2.

"Right now, we have limited information about which pieces of the virus elicit a solid human response," says the study's senor author. "Knowing the immunogenicity of certain viral regions, or in other words, which parts of the virus the immune system reacts to and how strongly, is of immediate relevance for the design of promising vaccine candidates and their evaluation."

While scientists currently know very little about how the human immune system responds to SARS-CoV-2, the immune response to other coronaviruses has been studied and a significant amount of epitope data is available.

Four other coronaviruses are currently circulating in the human population. They cause generally mild symptoms and together they are responsible for an estimated one quarter of all seasonal colds. But every few years, a new coronavirus emerges that causes severe disease as was the case with SARS-CoV in 2003 and MERS-CoV in 2008, and now SARS-CoV-2.

"SARS-CoV-2 is most closely related to SARS-CoV, which also happens to be the best characterized coronavirus in terms of epitopes," explains first author.

For their study, the authors used available data from the LJI-based Immune Epitope Database (IEDB), which contains over 600,000 known epitopes from some 3,600 different species, and the Virus Pathogen Resource (ViPR), a complementary repository of information about pathogenic viruses. The team compiled known epitopes from SARS-CoV and mapped the corresponding regions to SARS-CoV-2.

In a similar analysis, T cell epitopes were also mostly associated with the spike glycoprotein and nucleoprotein.

In a completely different approach, the authors used the epitope prediction algorithm hosted by the IEDB to predict linear B cell epitopes. A recent study by scientists at the University of Texas Austin determined the three-dimensional structure of the spike proteins, which allowed the team to take the protein's spatial architecture into account when predicting epitopes. This approach confirmed two of the likely epitope regions they had predicted earlier.

"The fact that we found that many B and T cell epitopes are highly conserved between SARS-CoV and SARS-CoV-2 provides a great starting point for vaccine development," says the senior author. "Vaccine strategies that specifically target these regions could generate immunity that's not only cross-protective but also relatively resistant to ongoing virus evolution."