If you're a woman having a heart attack, insist on a female physician 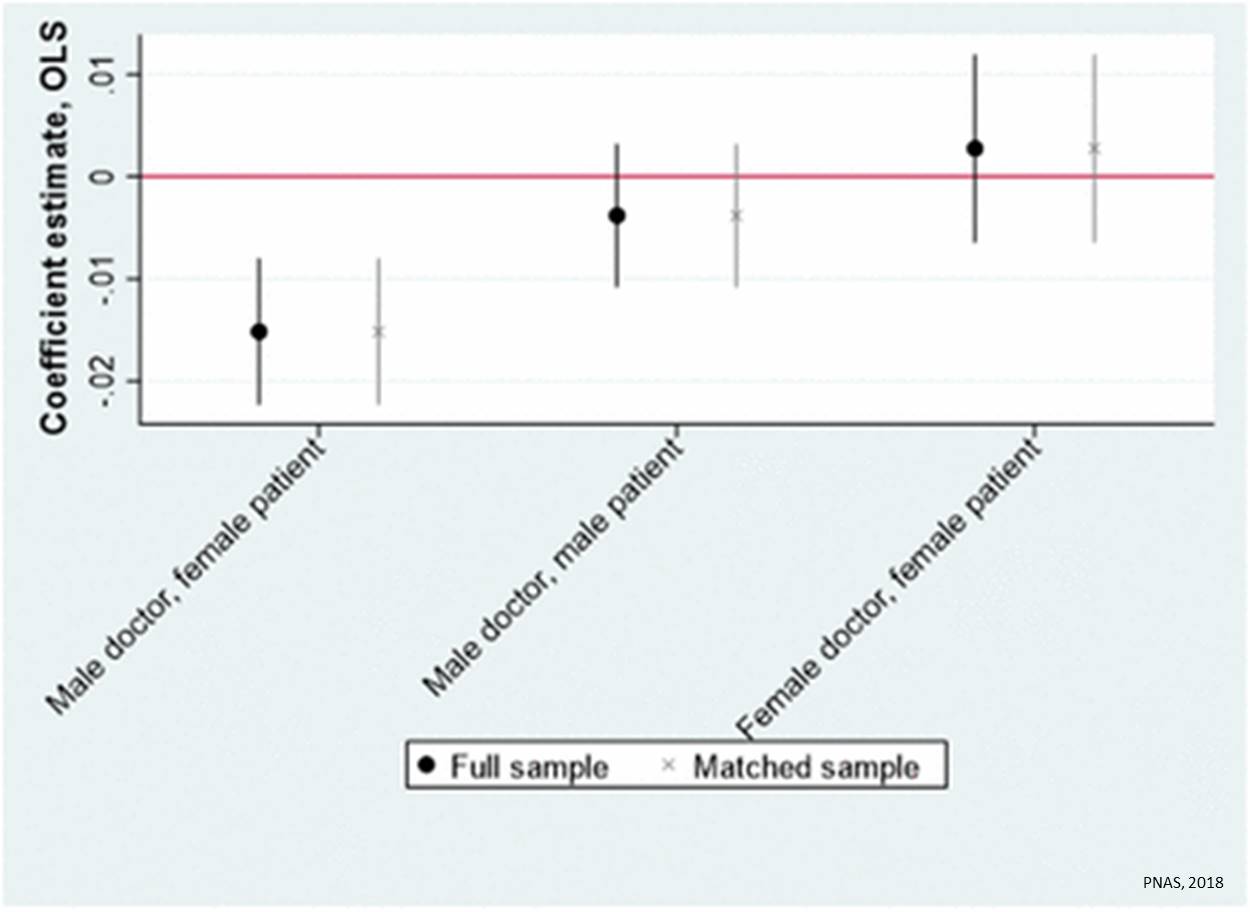 If you're a woman and having a heart attack (what's called in medical parlance an "acute myocardial infarction" or AMI), do your best to make sure you're treated by a female physician. It's literally a matter of life or death. That's the takeaway of new research by researchers in an article to be published in the Proceedings of the National Academy of Sciences (PNAS).

"These results," they write, "suggest a reason why gender inequality in heart attack mortality persists: Most physicians are male, and male physicians appear to have trouble treating female patients. The fact that gender concordance (that is, men treating men or women treating women) correlates with whether a patient survives a heart attack has implications for theory and practice:

The authors conclude that there is still work to be done to understand the precise mechanism as to why gender concordance appears critical, particularly for female patients. "Such research might include experimental interventions, or tests of more targeted training, to examine how exposing male physicians more thoroughly to the presentation of female patients might impact outcomes," they say.

"Finally," they write, "interesting opportunities for research exist in an examination of the role played by residents, nurses, and other physicians who may be present or provide information to the supervising physician...future work that considers these supporting figures would advance our understanding of how coordination between [all] healthcare providers might influence the relationship between physician-patient gender concordance and patient survival."