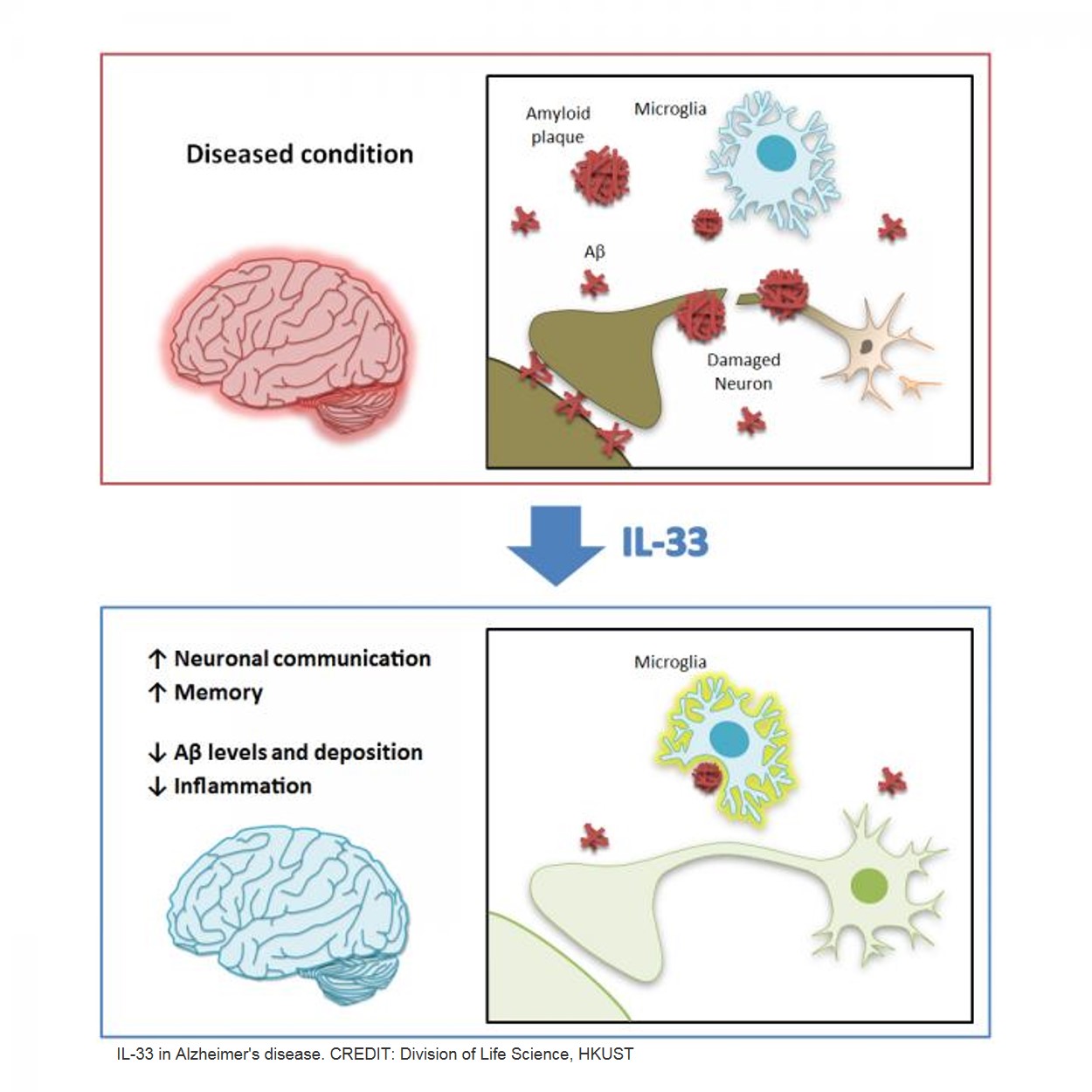 Alzheimer's disease (AD) is a devastating condition with no known effective treatment. The disease is characterized by memory loss as well as impaired locomotor ability, reasoning, and judgment. Emerging evidence suggests that the innate immune response plays a major role in the pathogenesis of AD.

While the mechanisms underlying the onset and progression of AD remain unclear, scientists recently conducted a study on the potential therapeutic role of interleukin-33 (IL-33) in AD, where they injected the protein into transgenic mouse models of AD. The injection of IL-33 rescues contextual memory deficits and reduces the deposition of β-amyloid peptide (Aβ) in the transgenic mouse model, suggesting that IL-33 can be developed as a new therapeutic intervention for AD.

The findings were published in the journal PNAS.

Furthermore, IL-33 injection modulates the innate immune response by polarizing microglia/macrophages toward an antiinflammatory phenotype and reducing the expression of proinflammatory genes, including IL-1β, IL-6, and NLRP3, in the cortices of APP/PS1 mice. Collectively, these results demonstrate a potential therapeutic role for IL-33 in AD.