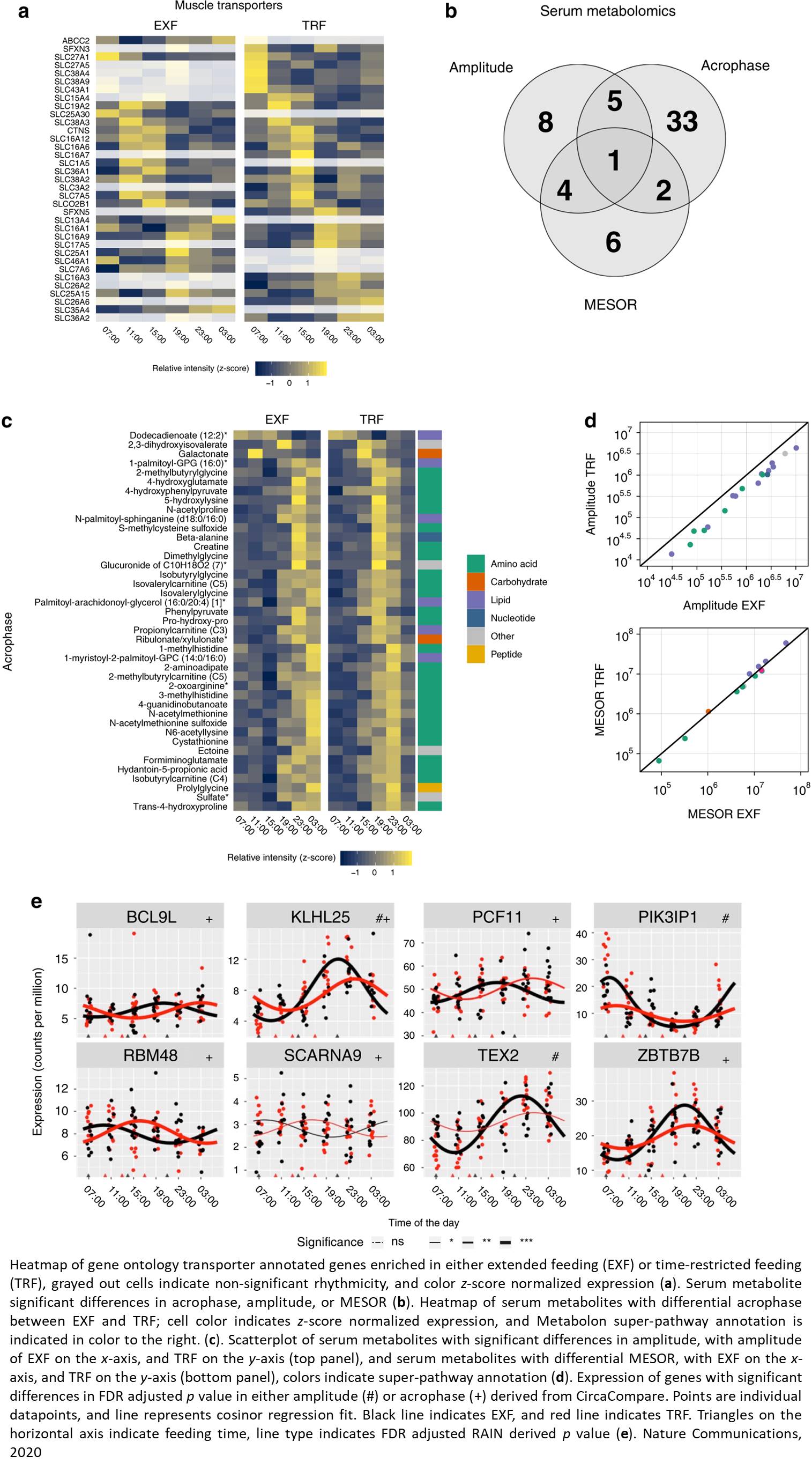 When it comes to metabolic health, it's not just what you eat, it's when you eat it. Studies have shown that one effective means of losing weight and tackling obesity is to reduce the number of hours in the day that you eat. Time-restricted feeding - otherwise known as intermittent fasting - has also been shown to improve health even before weight loss kicks in.

The biological explanation for the phenomenon remains poorly understood. So scientists investigated the body's early adaptations to time-restricted feeding. Their study identified a number of key changes in the genetic activity of muscles, as well as the content of muscle fats and proteins, which could explain the positive impact of time-restricted feeding.

The study is the first time scientists have examined the oscillations of metabolites in skeletal muscle and in blood, as well as gene expression in skeletal muscle after time-restricted feeding. By focusing on the short-term and early effects of time-restricted feeding, the goal was to disentangle the signals that govern health from those associated with weight loss.

"We observe that the rhythm of skeletal muscle core clock genes is unchanged by time-restricted feeding, suggesting that any differences are driven more by diet, rather than inherent rhythms," says the lead author.

"We also see that the metabolite profile of skeletal muscle switches from being predominantly lipid based, to amino acid based, after time-restricted feeding. This coincides with changes in rhythmicity of amino acid transporters, indicating that part of the amino acid profile could be due to absorption from the blood."

In the study, 11 men with overweight/obesity were assigned one of two eating protocols for a period of five days, either unrestricted feeding, or eight-hours of time restricted feeding. On the fifth day, samples were taken every four hours for a full day. After a 10-day break, they repeated the experiment following the other eating protocol.

After each intervention, the team of scientists studied the gene expression in muscles, as well as the profile of metabolites - molecules that are formed through metabolic processes - in the blood and muscles.

Critically, the study showed that time-restricted feeding did not alter the muscle's core clock - the cell's inbuilt metronome that regulates its daily cycle of activity. This suggests that the altered rhythmicity of metabolite and gene expression caused by time-restricted feeding could be responsible for the positive health impact.

"Our findings open new avenues for scientists who are interested in understanding the causal relationship between time-restricted feeding and improved metabolic health. These insights could help develop new therapies to improve the lives of people who live with obesity," says the senior author