Increased TREM2 levels in CSF is protective against Alzheimer's disease 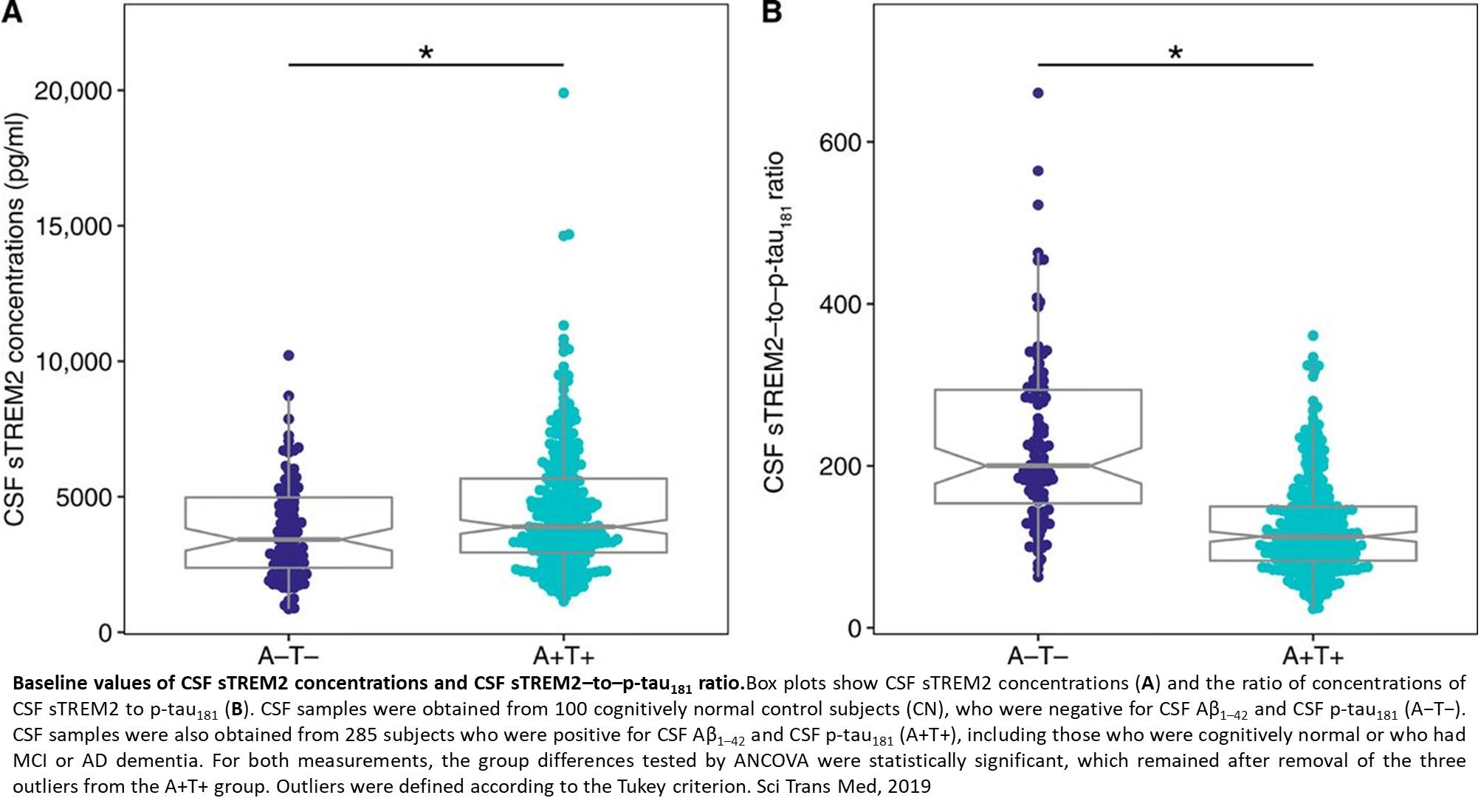 Researchers have found that a protein called TREM2 could positively influence the course of Alzheimer's disease. When TREM2 is present in the cerebrospinal fluid at higher concentrations, patients at any stage of the disease have a better prognosis. This observation provides a starting point for the development of new therapeutic strategies. The study was published in the journal "Science Translational Medicine".

In the brain, TREM2 is exclusively produced by microglia, the immune cells of the brain. These cells patrol the brain and clear it from cellular waste products and debris to keep it healthy. In previous studies on mice, researchers demonstrated that TREM2 activates microglia to enclose and selectively destroy toxic protein aggregates typical for Alzheimer's disease. "These observations indicate that TREM2 can protect the brain from the degenerative effects of the disease - at least in animal models," said the senior author.

But what about patients with Alzheimer's disease? Does TREM2 protect the human brain as well? To answer these questions, the authors correlated the concentration of TREM2 in the cerebrospinal fluid of Alzheimer patients with their respective disease progression over several years. To this end, they used data of 385 subjects from the Alzheimer's Disease Neuroimaging Initiative (ADNI), a large clinical dataset containing records and samples from patients and healthy seniors taken at regular checkups over many years. The study thus allows to establish associations between certain biochemical changes and disease progression.

Indeed, the authors found that high levels of TREM2 improved the prognosis of subjects at all stages of the disease. Their memory remained more stable and the degradation of the hippocampus, a brain region responsible for learning and recollection, was less pronounced. "Our findings are clinically relevant because we found that higher levels of TREM2 were associated also with a reduced rate of the development of full blown dementia over a time period up to 11 years", explained the author. "Microglia activation is a double-edged sword, entailing both protective effects and neurotoxic inflammation. TREM2 signaling may play a key role in the regulation of the brain's protective immune response".

The concentration of TREM2 in the cerebrospinal fluid usually increases at early stages of the disease, when the first symptoms appear. "TREM2 production is a response to brain damage that has already occurred," said the senior author. "It stimulates the microglia to protect the brain. However, this protection does not seem to be sufficient in patients with Alzheimer's disease". This is where the authors see an option for new therapeutic strategies. "We are currently developing a therapeutic antibody that stimulates the TREM2 function and thus improves its protective function," said the senior author.

Cells talk to their neighbors before making a move