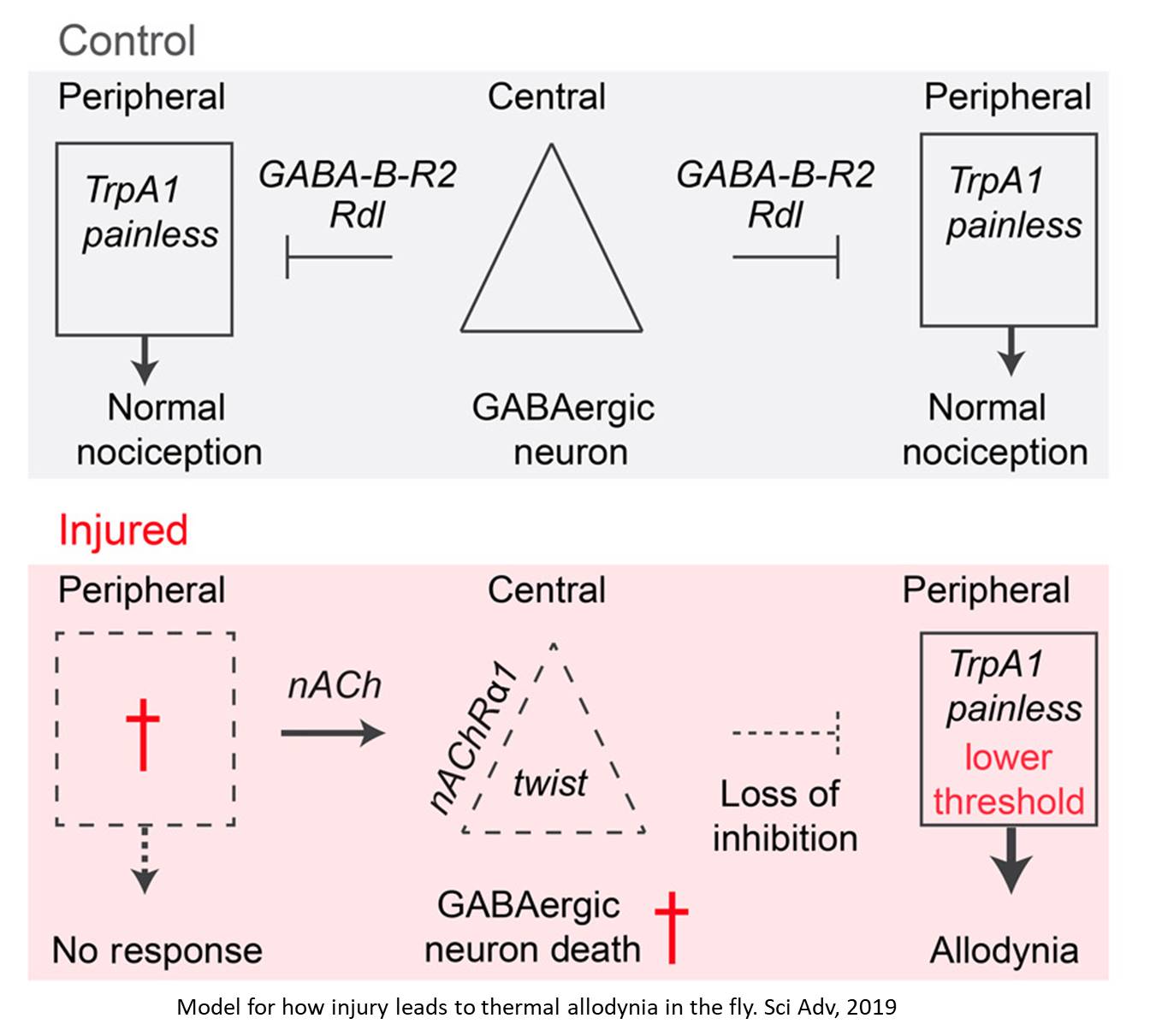 Scientists have known insects experience something like pain since 2003, but new research published proves for the first time that insects also experience chronic pain that lasts long after an initial injury has healed.

The study in the peer-reviewed journal Science Advances offers the first genetic evidence of what causes chronic pain in Drosophila (fruit flies) and there is good evidence that similar changes also drive chronic pain in humans. Ongoing research into these mechanisms could lead to the development of treatments that, for the first time, target the cause and not just the symptoms of chronic pain.

"People don't really think of insects as feeling any kind of pain," said the senior author. "But it's already been shown in lots of different invertebrate animals that they can sense and avoid dangerous stimuli that we perceive as painful. In non-humans, we call this sense 'nociception', the sense that detects potentially harmful stimuli like heat, cold, or physical injury, but for simplicity we can refer to what insects experience as 'pain'."

"So we knew that insects could sense 'pain', but what we didn't know is that an injury could lead to long lasting hypersensitivity to normally non-painful stimuli in a similar way to human patients' experiences."
Chronic pain is defined as persistent pain that continues after the original injury has healed. It comes in two forms: inflammatory pain and neuropathic pain.

The study of fruit flies looked at neuropathic 'pain', which occurs after damage to the nervous system and, in humans, is usually described as a burning or shooting pain. Neuropathic pain can occur in human conditions such as sciatica, a pinched nerve, spinal cord injuries, postherpetic neuralgia (shingles), diabetic neuropathy, cancer bone pain, and in accidental injuries.

In the study, the authors damaged a nerve in one leg of the fly. The injury was then allowed to fully heal. After the injury healed, they found the fly's other legs had become hypersensitive. "After the animal is hurt once badly, they are hypersensitive and try to protect themselves for the rest of their lives," said the senior author. "That's kind of cool and intuitive."

Next, the team genetically dissected exactly how that works.

"The fly is receiving 'pain' messages from its body that then go through sensory neurons to the ventral nerve cord, the fly's version of our spinal cord. In this nerve cord are inhibitory neurons that act like a 'gate' to allow or block pain perception based on the context," the senior author said. "After the injury, the injured nerve dumps all its cargo in the nerve cord and kills all the brakes, forever. Then the rest of the animal doesn't have brakes on its 'pain'. The 'pain' threshold changes and now they are hypervigilant."

"Animals need to lose the 'pain' brakes to survive in dangerous situations but when humans lose those brakes it makes our lives miserable. We need to get the brakes back to live a comfortable and non-painful existence."

"Importantly now we know the critical step causing neuropathic 'pain' in flies, mice and probably humans, is the loss of the pain brakes in the central nervous system, we are focused on making new stem cell therapies or drugs that target the underlying cause and stop pain for good."