Is being a morning person in your DNA? 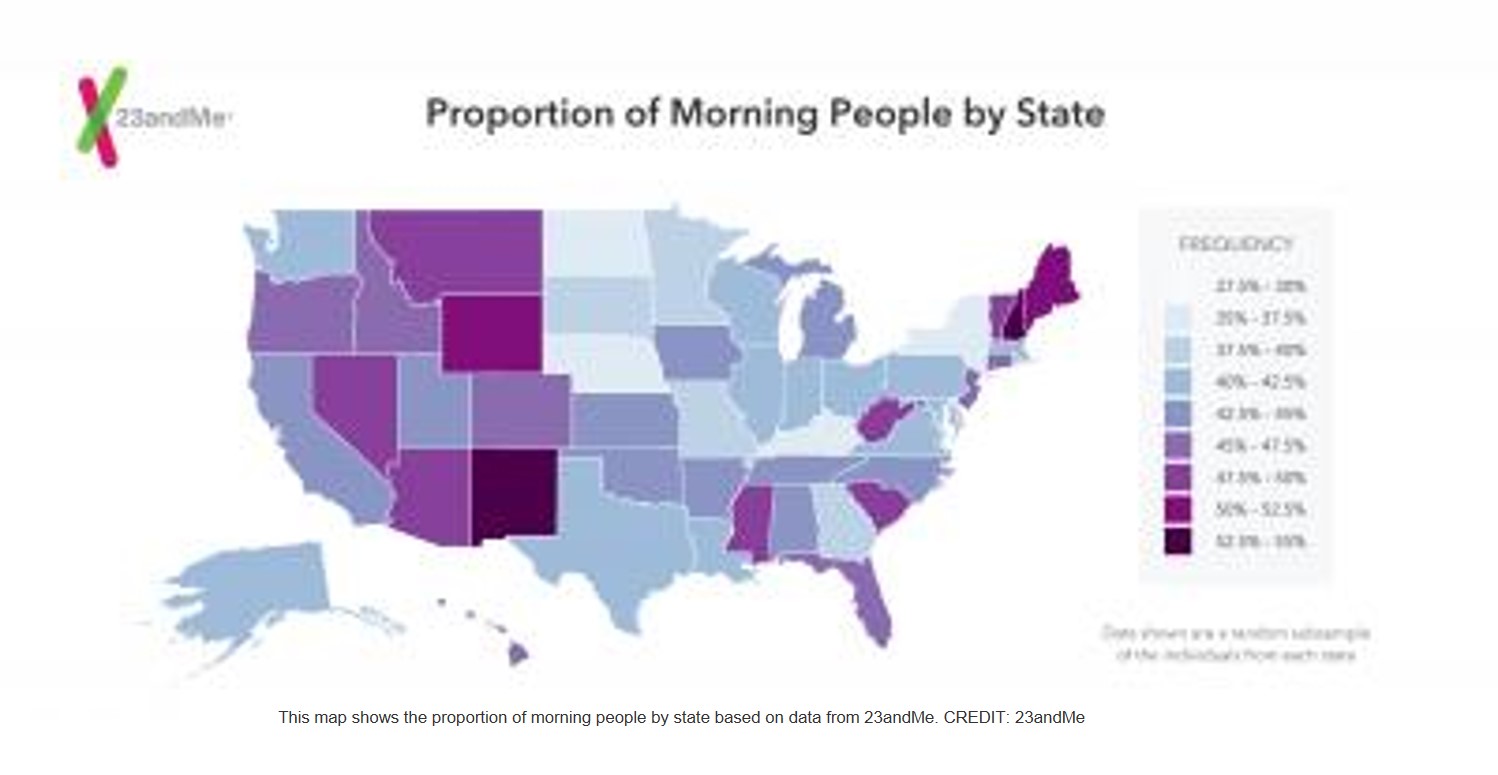 "In this study we set out to discover more about an individual's preference toward early rising and were able to identify the genetic associations with "morningness" as well as ties to lifestyle patterns and other traits," said the author.

Morningness is governed by differences in circadian rhythm, which have previously been linked to medically relevant traits such as sleep, obesity and depression. The study of more than 89,000 23andMe customers who consented to participate in research* found that seven of the loci associated with morningness are near genes previously known to be involved in circadian rhythm, including HCRTR2 (linked to narcolepsy), FBXL3 (shown to have extended circadian period) and VIP (found to prolong REM sleep). Additional findings from the study and data from 23andMe customers include:

The findings also reinforce the current understanding of circadian biology and may guide future studies of circadian rhythms, sleep and related disorders. Does the sex of a cell matter in research? Ribosomes revolutionize the way we think about gene expression and regulation!