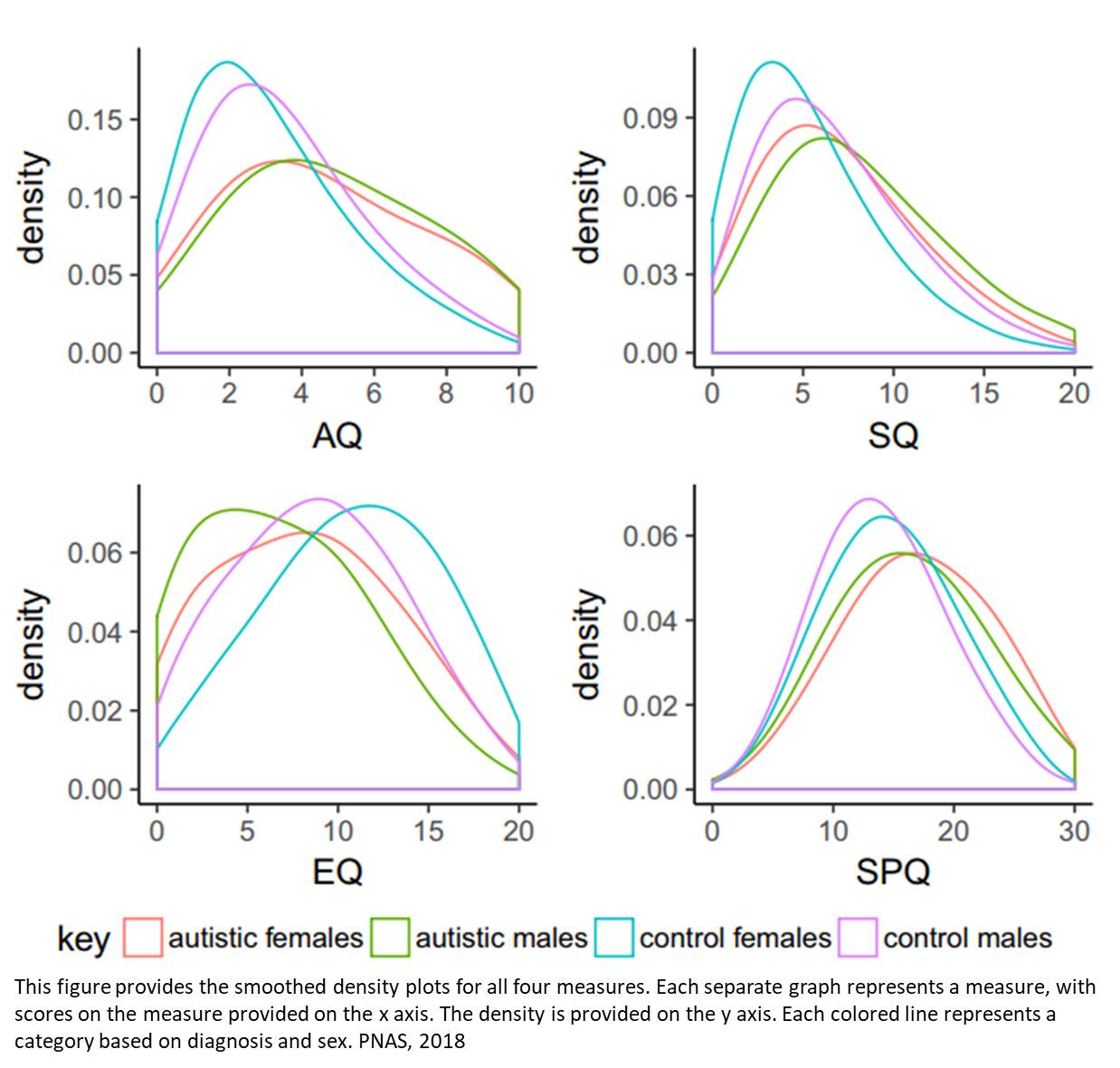 Working with the television production company Channel 4, they tested over half a million people, including over 36,000 autistic people. The results are published in the Proceedings of the National Academy of Sciences.

The Empathizing-Systemizing theory predicts that women, on average, will score higher than men on tests of empathy, the ability to recognize what another person is thinking or feeling, and to respond to their state of mind with an appropriate emotion. Similarly, it predicts that men, on average, will score higher on tests of systemizing, the drive to analyse or build rule-based systems.

Whereas both theories have been confirmed in previous studies of relatively modest samples, the new findings come from a massive sample of 671,606 people, which included 36,648 autistic people. They were replicated in a second sample of 14,354 people. In this new study, the scientists used very brief 10-item measures of empathy, systemizing, and autistic traits.

Using these short measures, the team identified that in the typical population, women, on average, scored higher than men on empathy, and men, on average, scored higher than women on systemizing and autistic traits. These sex differences were reduced in autistic people. On all these measures, autistic people's scores, on average, were 'masculinized': that is, they had higher scores on systemizing and autistic traits and lower scores on empathy, compared to the typical population.

In the paper, the authors discuss how it is important to bear in mind that differences observed in this study apply only to group averages, not to individuals. They underline that these data say nothing about an individual based on their gender, autism diagnosis, or occupation. To do that would constitute stereotyping and discrimination, which the authors strongly oppose.

The team, lead said: "These sex differences in the typical population are very clear. We know from related studies that individual differences in empathy and systemizing are partly genetic, partly influenced by our prenatal hormonal exposure, and partly due to environmental experience. We need to investigate the extent to which these observed sex differences are due to each of these factors, and how these interact."