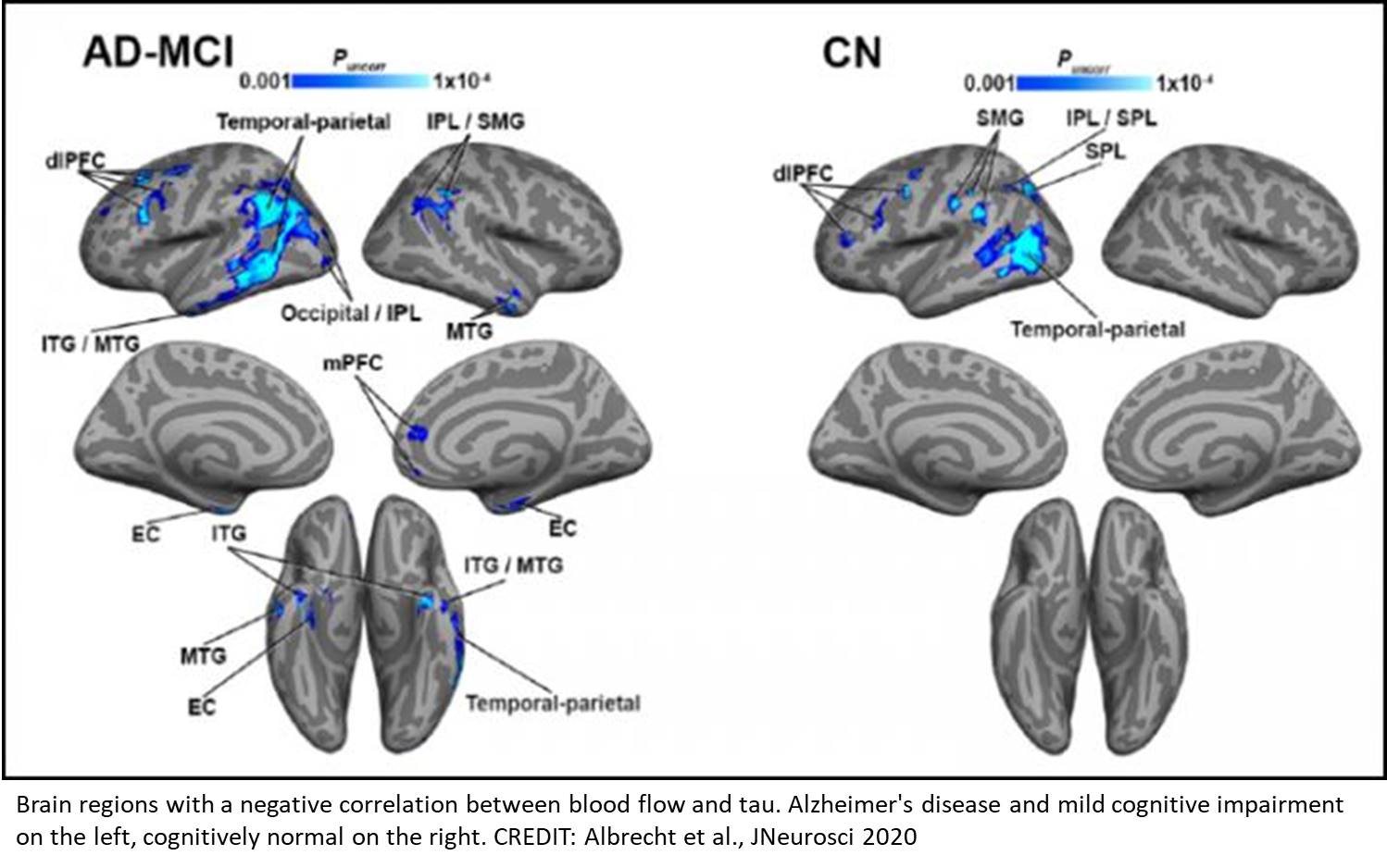 Vascular function declines and amyloid-β and tau protein accumulate as Alzheimer's disease progresses, resulting in neuron death. Like the proverbial chicken and egg, it remains unclear if impaired blood flow causes or is caused by errant protein buildup, or if the two symptoms occur for unrelated reasons.

The authors used MRI and PET to compare blood flow and tau buildup in the brains of older adults, with cognition ranging from cognitively normal to showing signs of mild cognitive impairment. Areas with increased tau levels had diminished blood flow, particularly in the inferior temporal gyrus, one of the first regions to show tau buildup in Alzheimer's disease, even before cognitive symptoms manifest.

The relationship held true for a separate data pool from the Alzheimer's Disease Neuroimaging Initiative, which included people with mild cognitive impairment and Alzheimer's dementia. The correlation between tau and vascular function was stronger in people with greater cognitive impairment and higher amyloid-β levels.
It also appeared in more brain regions as the disease progressed in severity. These findings suggest targeting vascular function could be key to preventing and treating Alzheimer's dementia.