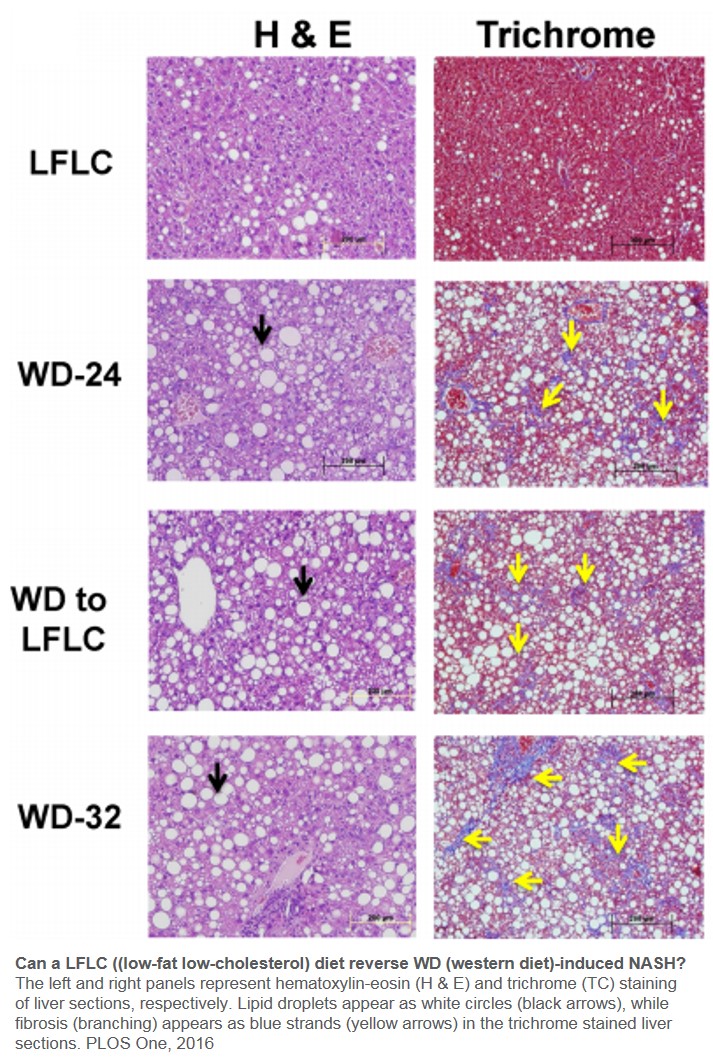 Liver damage caused by the typical "Western diet" - one high in fat, sugar and cholesterol that's common in developed countries such as the United States - may be difficult to reverse even if diet is generally improved, a new study shows.

The research, published today in PLOS ONE by scientists from Oregon State University, found that a diet with reduced fat and cholesterol helped, but did not fully resolve liver damage that had already been done - damage that in turn can lead to more serious health problems, such as cirrhosis or even cancer.

In this report, scientists studied two groups of laboratory mice that had been fed a "Western diet" and then switched to different, healthier diets, low in fat and cholesterol.

Both of the improved diets caused health improvements and weight loss. But one group that was fed a diet still fairly high in sugar - an amount of sugar comparable to the Western diet - had significantly higher levels of inflammation, oxidative stress and liver fibrosis.

The study also showed that diets low in fat and cholesterol could in fact aid with weight loss, improved metabolism and health. But even then, if the diet was still high in sugar there was much less liver recovery, the scientists concluded.

The findings are significant, scientists say, because liver problems such as nonalcoholic fatty liver disease are surging in the U.S., affecting 10-35 percent of adults and an increasing number of children. The incidence of this problem can reach more than 60 percent in obese and type-2 diabetic populations.

Weight loss does appear to help address some of the problems associated with the Western diet, the research shows. But according to this study, a diet with continued high levels of sugar will significantly slow recovery of liver damage that has already been done. Caffeine consumed during pregnancy can change brain pathways in baby