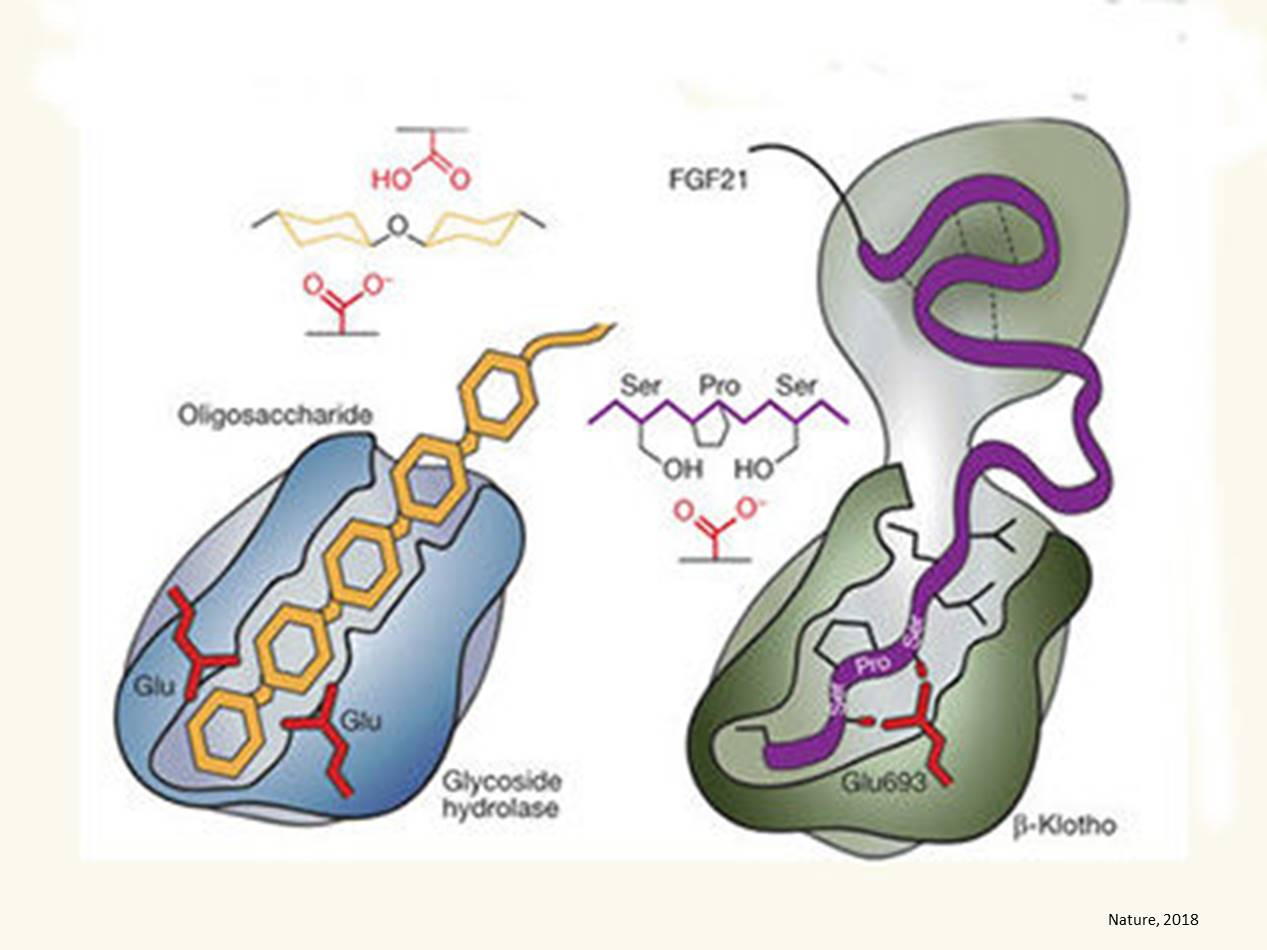 Named after the Greek goddess who spun the thread of life, Klotho proteins play an important role in the regulation of longevity and metabolism. In a recent study, researchers revealed the three-dimensional structure of one of these proteins, beta-Klotho, illuminating its intricate mechanism and therapeutic potential.

The study findings, published in Nature, could have implications for therapies developed to treat a wide range of medical conditions, including diabetes, obesity, and certain cancers, the researchers said.

The Klotho family of two receptor proteins are located on the surface of cells of specific tissues. The proteins bind to a family of hormones, designated endocrine FGFs, that regulate critical metabolic processes in the liver, kidneys, and brain, among other organs. To understand how beta-Klotho works, the research team used X-ray crystallography, a technique that provides high-resolution, three-dimensional views of these proteins.

The researchers' analysis yielded several insights. First, beta-Klotho is the primary receptor that binds to FGF21, a key hormone produced upon starvation. When bound to beta-Klotho, FGF21 stimulates insulin sensitivity and glucose metabolism, causing weight loss. This new understanding of beta-Klotho and FGF21 can guide the development of therapies for conditions such as type 2 diabetes in obese patients, the researchers said.

"Like insulin, FGF21 stimulates metabolism including glucose uptake," said senior author. "In animals and in some clinical trials of FGF21, it shows that you can increase burning of calories without changing food intake, and we now understand how to improve the biological activity of FGF21." The authors also describe a new variant of FGF21 that has 10 times higher potency and cellular activity.

Additionally, the research team presented evidence of how a structurally-related enzyme, glycosidase, which breaks down sugars, evolved into a receptor for a hormone that lowers blood sugar -- which may not be a coincidence, senior author added.

"The next step will be to make better hormones, make new potent blockers, do animal studies, and move forward," senior author said.