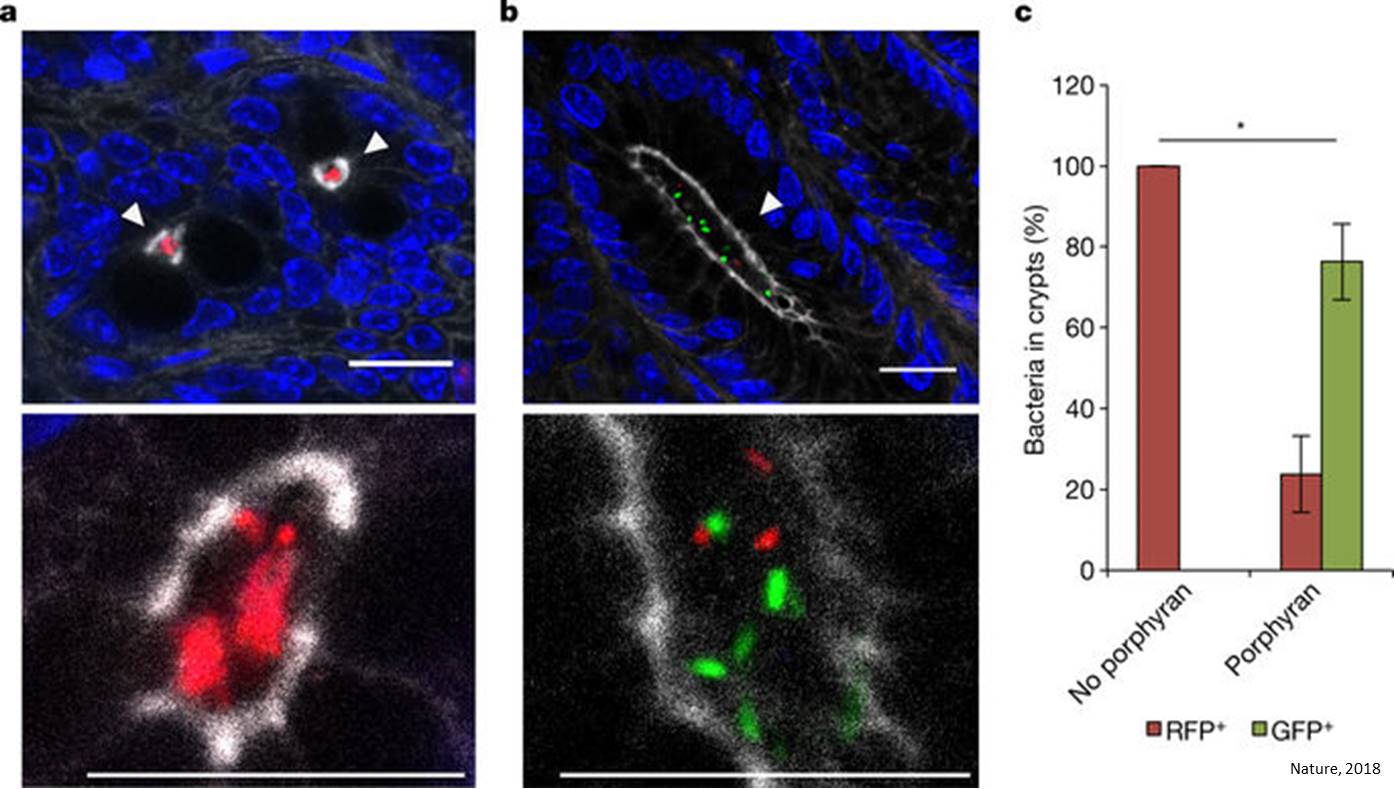 Gut bacteria thrive on the food we eat. In turn, they provide essential nutrients that keep us healthy, repel pathogens and even help guide our immune responses.

Understanding how and why some bacterial strains we ingest can successfully take up residence in the large intestine, while others are quickly evicted, could help scientists learn how to manipulate the makeup of thousands of bacterial species there in ways that enhance our health or help fend off disease. But the sheer complexity of gut ecology has hampered this task.

Now, researchers working with laboratory mice have shown that it's possible to favor the engraftment of one bacterial strain over others by manipulating the mice's diet. The researchers also have shown it's possible to control how much a bacterium grows in the intestine by calibrating the amount of a specific carbohydrate in each mouse's water or food.

"We're all endowed with a microbial community in our guts that assembled in a chaotic manner during our first few years of life," said the senior author. "Although we continue to acquire new strains throughout life, this acquisition is a poorly orchestrated and not-well-understood process. This study suggests it could be possible to reshape our microbiome in a deliberate manner to enhance health and fight disease."

Researchers wondered whether a dietary boost would give specific bacterial strains a leg up in the wild west of the gut microbiome. To investigate, they trekked to the San Jose Wastewater Treatment Facility to find members of the Bacteroides -- the most prominent genus in the human gut microbiota -- specifically looking for strains that are able to digest an ingredient relatively rare in American diets: the seaweed called nori used in sushi rolls and other Japanese foods. They screened the bacteria collected in the primary effluent for an ability to use a carbohydrate found in nori called porphyran.

"The genes that allow a bacterium to digest porphyran are exceedingly rare among humans that don't have seaweed as a common part of their diet," senior author said. "This allowed us to test whether we could circumvent the rules of complex ecosystems by creating a privileged niche that could favor a single microbe by allowing it to exist in the absence of competition from the 30 trillion other microbes in the gut."

Once they'd found a nori-gobbling strain of Bacteroides, the researchers attempted to introduce it into each of three groups of laboratory mice. Two groups of the mice had their own gut bacteria eliminated and replaced with the naturally occurring gut bacteria from two healthy human donors, each of whom donated exclusively to one group or the other. The third group of mice harbored a conventional mouse-specific community of gut microbiota.

The researchers found that when the mice were fed a typical diet of mouse chow, the porphyran-digesting strain was able to engraft in two groups of mice to varying and limited degrees; one of the groups of mice with human gut bacteria rejected the new strain completely. However, when the mice were fed a porphyran-rich diet, the results were dramatically different: The bacteria engrafted robustly at similar levels in all the mice. Furthermore, authors found that they could precisely calibrate the population size of the engrafted bacteria by increasing or decreasing the amount of nori the animals ingested.

"The results of this dilution experiment blew us away," senior author said. "The direct effect of diet on the bacterial population was very clear."

In addition to showing that they could favor the engraftment and growth of the nori-gobbling bacterial strain, the researchers went one step further by showing that the genes necessary to enable the digestion of porphyran exist as a unit that can be engineered into other Bacteroides strains, giving them the same engraftment advantage. Now they're working to identify other genes that confer similar dietary abilities.

"We can use these gene modules to develop a vast toolkit to make therapeutic microbial treatments a reality," senior author said. "Porphyran-digesting genes and a diet rich in seaweed is the first pair, but there could potentially be hundreds more. We'd like to expand this simple paradigm into an array of dietary components and microbes."

The researchers also envision developing bacteria that harbor kill switches and logic gates that will permit clinicians to toggle bacterial activity on and off at will, or when a specific set of circumstances occur.

"It's become very clear over the last 10 years that gut microbes are not only wired to many aspects of our biology, but that they are also very malleable," senior author said. "Our growing ability to manipulate them is going to change how precision health is practiced. A physician whose patient is about to begin immunotherapy for cancer may choose to also administer a bacterial strain known to activate the immune system, for example. Conversely, a patient with an autoimmune disease may benefit from a different set of microbiota that can dial down an overactive immune response. They are just a very powerful lever to modulate our biology in health and disease."