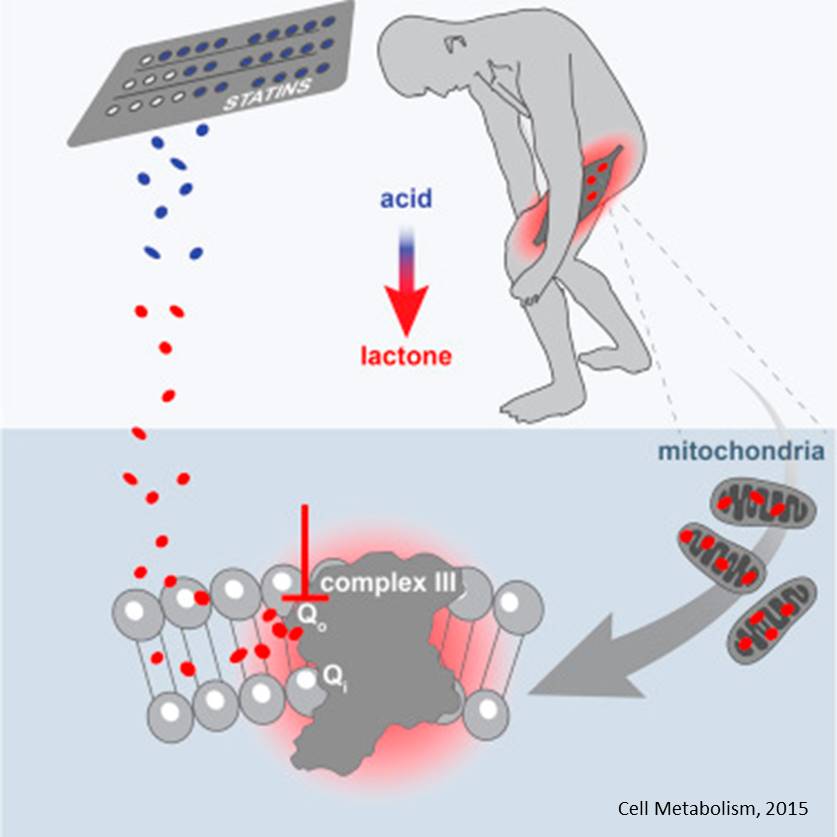 Statins are a popular and easy-to-swallow option for people looking to lower their cholesterol. But for a quarter of patients, statins come with muscle pain, stiffness, cramps, or weakness without any clear signs of muscle damage. These symptoms may affect daily activities so much that people stop using the drugs.

Statins exist in the body in two chemical forms, acid and lactone. Most statins are administered (as a tablet) in their acid form, which slows down the production of cholesterol in the liver. The acid form can turn into the lactone form within the body, but the lactone form has no therapeutic effect.

Researchers found that lactones can, however, unintentionally interfere with a mitochondrial pathway that produces the cell's energy currency, ATP.

In mouse muscle cells, lactones were about three times more potent at disturbing mitochondrial function than their acid forms. These findings could be confirmed in muscle biopsies of patients suffering from statin-induced side effects, in which ATP production (via lactone inhibition of the Qo site of complex III of the mitochondrial oxidative phosphorylation system) was reduced, as compared to healthy control subjects.

Interindividual differences in the enzymatic conversion of the acid into the lactone form could be an explanation for the differences between patients in susceptibility for statin-induced muscle pain.